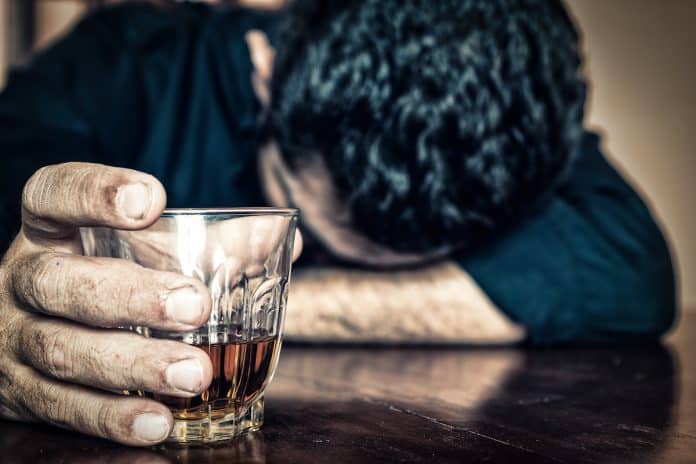 A lot of concealed carriers aren’t going to like this one but it doesn’t make it any less true. When you drink, you can’t think straight. You may think you can think straight, but what you don’t realize is the effect of alcohol on your mind. What you perceive as you — as deep as this may sound — is just the conscious side of your mind. The majority of your thinking and processing gets done behind the scenes. When alcohol is involved, that can create serious problems.

If your state doesn’t restrict carrying a gun in a drinking establishment, that’s a personal choice you have to make. But if you DO decide to carry into a bar, don’t touch anything that will alter your mind. It will just create legal and moral quandaries you do not want to be stuck in.

Yout state might even allow you to drink while carrying a firearm, usually up to a certain alcohol level. But do you plan on carrying a breath alcohol analyzer and checked to make sure you don’t go over your limit? I didn’t think so.

In Louisiana where I live, the Louisiana Concealed Carry Law states that your blood alcohol concentration cannot be .05% or higher while carrying concealed while you can get a DWI with a .08% or higher. Now, will going out to dinner with my wife and having a glass of wine or two with dinner put me at .05% or higher? Probably not. But if I had to use my gun in self-defense walking back to the truck after dinner, I’d much rather be at 0% than anything higher. I would rather not give an attorney anything they can use against me.

So my rule of thumb is if I plan on drinking, I don’t carry. It is as simple as that.

Rule 2. If you’re going out to drink (and not carrying) — bring a buddy.

You shouldn’t drink alone. You’re awesome and people like you. That’s why you should bring a friend.

Even better than drinking alone is having some good company. While we all know bars can be hot spots for plenty of dumb to take place, there’s an important line to recognize — if you’re impaired, you can’t help. You might not think you’re impaired. You might think you have the best judgment in the world.

We have all heard of having a designated driver when going out drinking. If you and some friends plan on going out, the designated driver should also be the designated concealed carrier. On top of that, MAKE SURE you know your state’s laws regarding where and where you can’t carry. Some states ban concealed carry in bars but allow you to carry in restaurants that serve alcohol. Some states ban carrying concealed in any establishment that serves alcohol. So again, know the laws before heading out.

Rule 3. All arguments can wait.

No matter how important you think your emotions are, if you’ve been drinking — they can wait. There’s nothing like the wisdom of re-evaluating a situation in the cold, sober light of morning. And there are plenty of people in jail that just wished they had instead of waking up in jail or worse.

A basic good rule in life: any time you can walk away from a potentially violent situation, you should.

Alcohol acts as a depressant.  That means a person’s reflexes will be dulled and slower than normal. Fine-tuned motor skills, like the kind needed to steady a gun or pull a trigger or differentiate two targets standing next to one another, those skills degrade heavily while under the influence of alcohol. That’s why concealed carriers and law-abiding citizens shouldn’t drink and carry.

But already assuming you’re not carrying, you should know your reaction timing is crud while you’re drinking.

While we all try to remain concealed as best as possible, mistakes can happen. The vast majority of people won’t know you’re carrying but all it takes is one to figure it out. If the bartender, hostess, or manager ask you politely (or not so politely) to leave — comply.  There’s no sense in creating a scene and all that can happen if you refuse is make matters worse for yourself and those you’re supposed to be babysitting.

Rule 6. Don’t get involved with other peoples’ arguments.

You’re the sober party and the concealed carrier. Now, all of the sudden, you see a verbal fight break out between two people in a bar. As much as you’d love to be the good guy, let me be the first to tell you that you can’t.

We’ve all seen two lovers quarrel in a bar. We’ve also seen good friends, estranged lovers, estranged friends, family members, and all sorts of people get into heated, loud arguments in a bar or at a party. This isn’t the time to intercede. Drawing attention to yourself while carrying concealed can only complicate matters for yourself and potentially put you in a bad spot.

Bonus Tip. Instead of going out, bring the party to you.

When you’re in your home, it’s your rules. Invite some friends over, have a fun shin-dig or a barbecue. That way, if there’s drinking to be done, it’s done in a safe place. The added bonus is that your friends can crash out at your house versus trying their luck on the roads. It’s responsible and way cheaper.