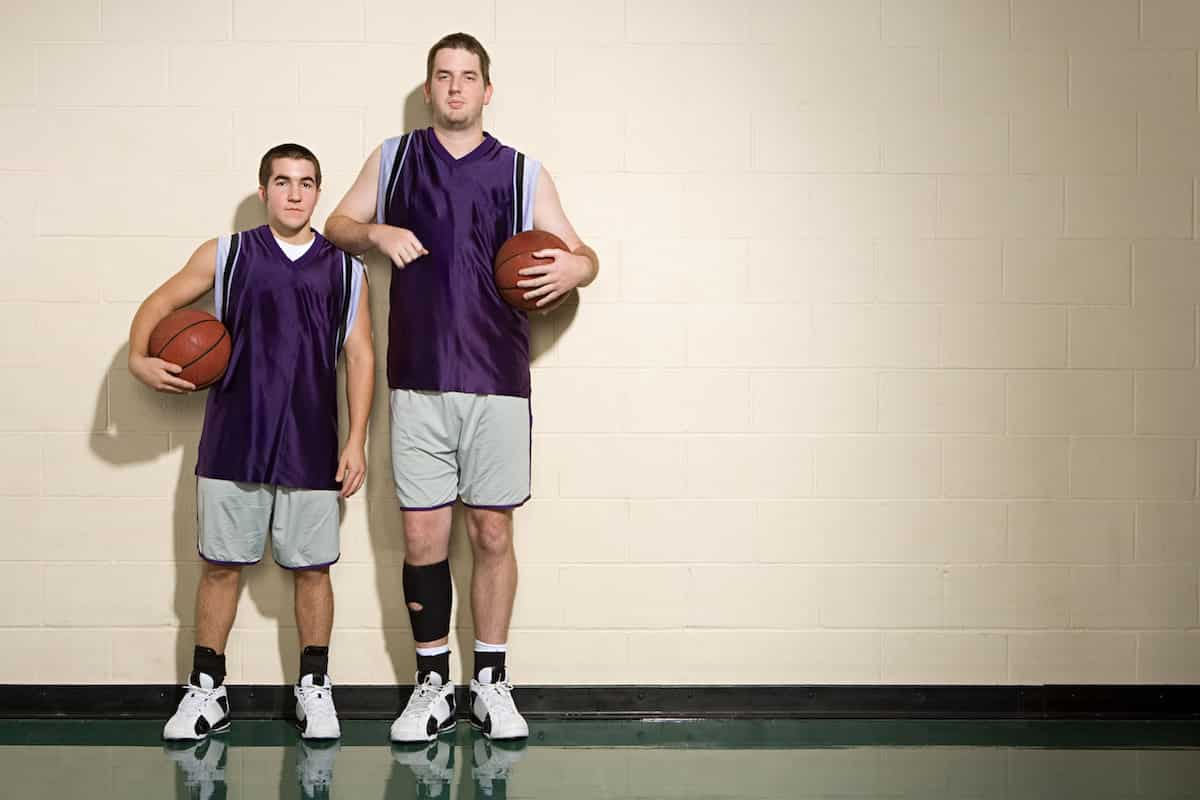 Being tall is great for a lot of things. You can reach high-up items off the shelf, change lightbulbs without stepping on a stool, reach up over a ledge and pull yourself up. And then there are things where it’s not always an advantage — driving in economy size cars, sitting in cramped school desks, fitting into normal size clothes.

In an active gunfight, being tall can also work against you as well.

The hard part about being tall is that there’s literally more of you to shoot at. Bullets don’t discriminate.

In this article, we’ll talk about how being tall can be an advantage for a concealed carrier and steps to take to mitigate the disadvantages.

Advantage: You can conceal a longer handgun.

Short people have to broker a delicately small area of their waistline to conceal a full-size handgun. Tall people have a bit more real estate in that department. Because your torso is longer, you have a better chance of hiding the length of a full size pistol whereas it would show or print badly on a concealed carrier of shorter stature.

The bigger the object, the harder it is to hide in an empty area. When taking cover behind objects like dumpsters or automobiles, you have to be especially conscious of how much of your head and shoulder area is exposed over the line.

Compensation: Bigger guys tend to have a bit more stress on their knees and joints

More weight means more pressure on knees and ankles. This makes it a bit tougher to drop to the prone or a good kneeling position when you’re under fire. That’s why we always recommend taking cover behind objects that can at least withstand small arms fire. These objects can include dumpsters, automobiles, brick walls, the world is your oyster! Find a place to hunker down to weather the storm and reduce your target silhouette as much as possible.

A: You know when you’re aiming at a target at the range? There’s a black outline and you try to aim, generally, center mass of the target. In a firefight, that black silhouette is basically what your opponent is staring at. The more surface area there is to hit, the more chance your opponent is going to land a round in that vicinity.

There’s no such thing as a grazing wound. There’s just wounds you survive and those you don’t. Don’t be a target of opportunity: reduce your silhouette any time you can. That goes for concealed carriers of all heights, makes, and models.

Myth: Size gives an advantage in a fight

In a traditional boxing match, the man with the longer reach tends to win when factors like individual training and endurance are factored out. In a gun fight, the inverse is true. The man that is skinnier, faster, and shorter than his opponent will likely have the most opportunity to inflict damage. That’s probably why fighting forces like the Marine Corps prefer to prioritize speed over raw strength. Their physical fitness requirements are insane for a 3 mile run (18:30 ideally, 27:00 minimum) but relatively easy for upper body strength (3 pull-ups).

That’s not to say that being big and strong doesn’t have its advantages. You have every opportunity to intimidate your opponent into thinking his current course of action is not a wise decision. But that’s largely influence. When an actual gun fight breaks out, you’re more likely to catch a round if you’re flat-footed, depending upon intimidation alone to win a fight.

As a tall concealed carrier, your first priority needs to be cover and concealment where your opponent is armed. Standing out in the open can and will be a fatal choice. Think smart, act safe, conceal carry everyday.