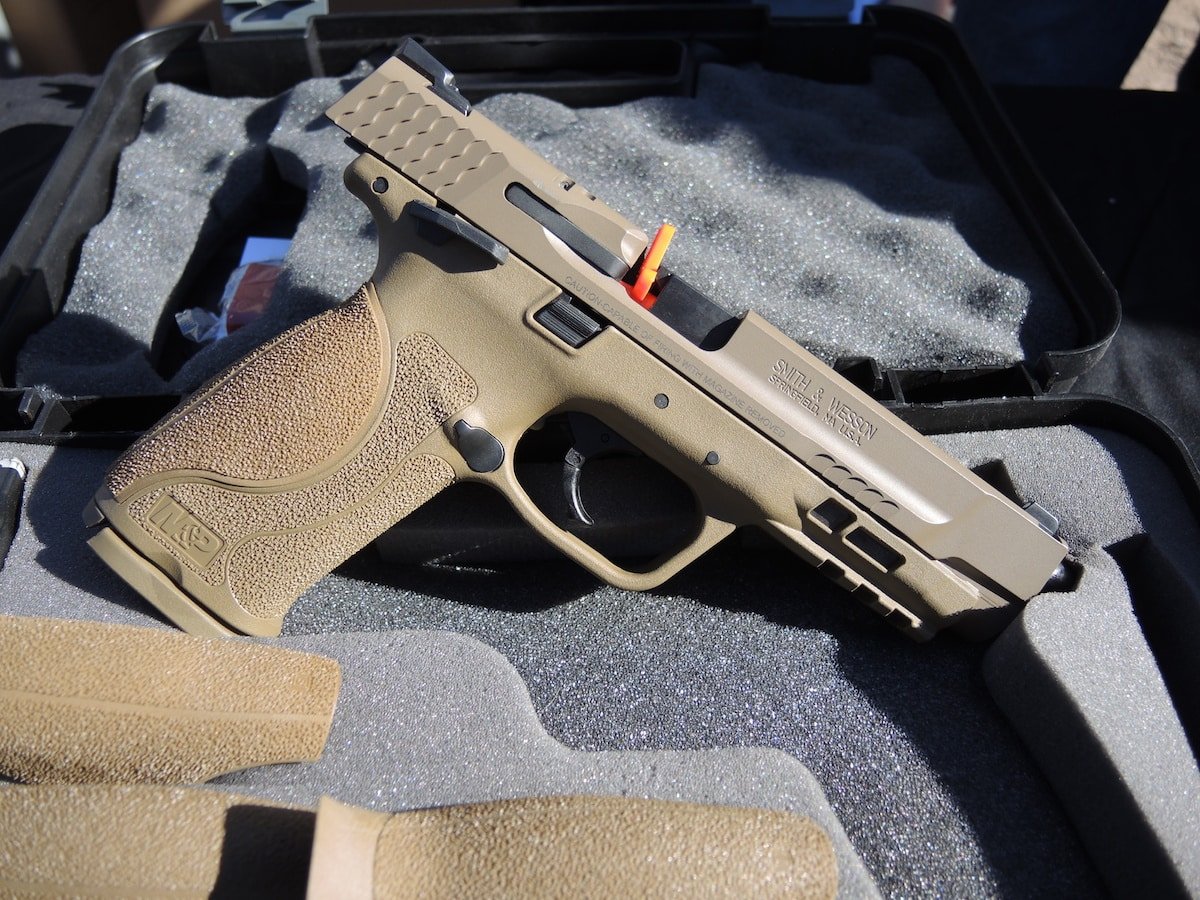 SHOT Show 2017 is underway. Monday, January 16th was industry range day and there was plenty to see. Things were a little hampered with unseasonably colder temps and windy, dusty conditions. Nevertheless, range day was a success despite the lack of cooperation by Mother Nature.

Over at the Smith and Wesson camp, they were showing off their new M&P M2.0. I got my hands on the 4.25” barrel version. The grip is more aggressively stippled than the previous generation of M&P pistols and it felt secure in the hand. They offer it in flat earth and black. S&W claims the trigger is reworked with a much crisper break and a 5 lb. pull. I can report that the trigger is indeed better and the break is great. The new M2.0 has a high grip to barrel bore axis, which provides better recoil management and muzzle rise. 18 degree grip angle for a more natural point of aim. Four interchangeable backstraps are included with each gun. 1 – in -10 barrel twist and the chassis is extended under the nose of the gun to provide better support for a laser and reduce flex and torque when firing. All of this is backed by a lifetime warranty. It is available in 9MM or .40 and is compatible with the existing M&P magazines. In fact, the front geometry of the trigger guard is the same, so it’ll likely fit in your current holster. There is so much to like about this gun. I’m looking forward to spending some more time with it soon.

Kimber has upgraded their very popular revolver into several editions. Their .357 revolver comes in several flavors now and are clearly high quality and user friendly. I sent both some .38 and .357 loads downrange and I’ll tell you, the .357 was easy to control and accurate. These have a 6-shot capacity and the trigger, despite being DAO, is remarkably smooth and easy to control. They are lightweight, no exposed hammer and come with or without laser grips. I think this is a great concealed carry option for anyone considering a revolver. 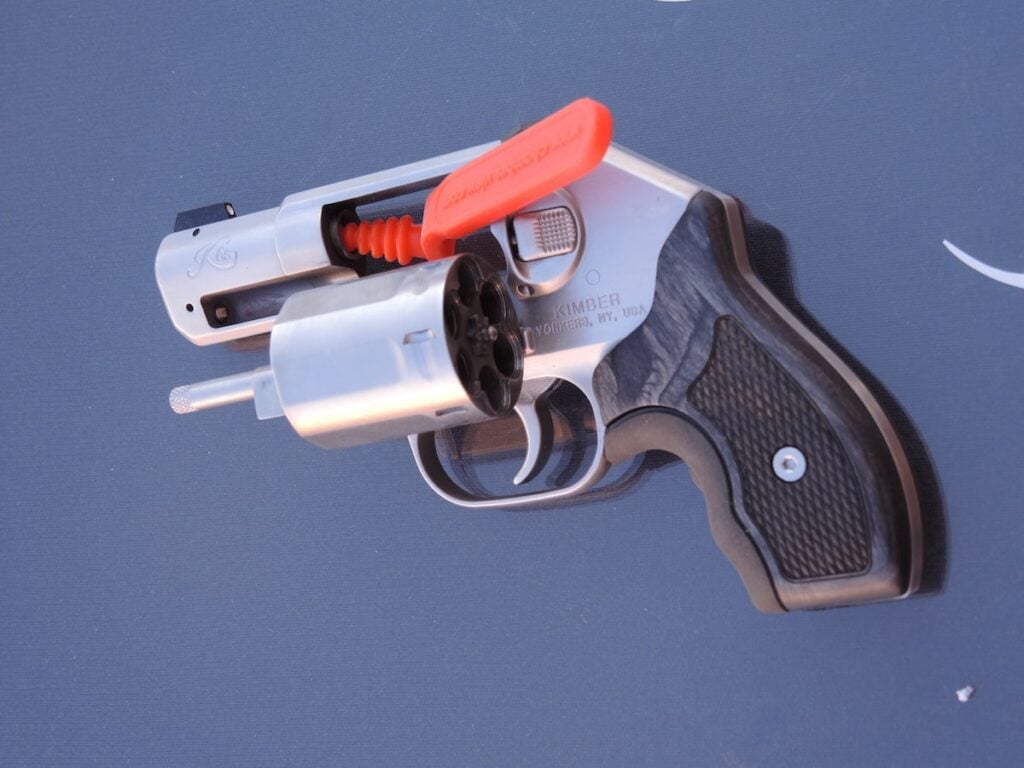 Colt is bringing back the snake guns. Legendary Colt Cobra revolvers of yesteryear are highly coveted. Colt has decided to bring them back and is starting with the Cobra. Chambered in .38 SPL, it can handle +P ammo. Simply speaking, the trigger is fantastic. In double-action the trigger is easy to pull, indexes well and is highly controllable. Shot placement was accurate, especially from a short-barreled gun and recoil was minimal. It features a fiber optic front sight and a stainless-steel frame. It was a joy to shoot and another gun I’m looking forward to reviewing soon.