Despite this divided thought on the practice, there are some ramifications that a person may want to consider before engaging in it.

Gun Draw From Small Of The Back 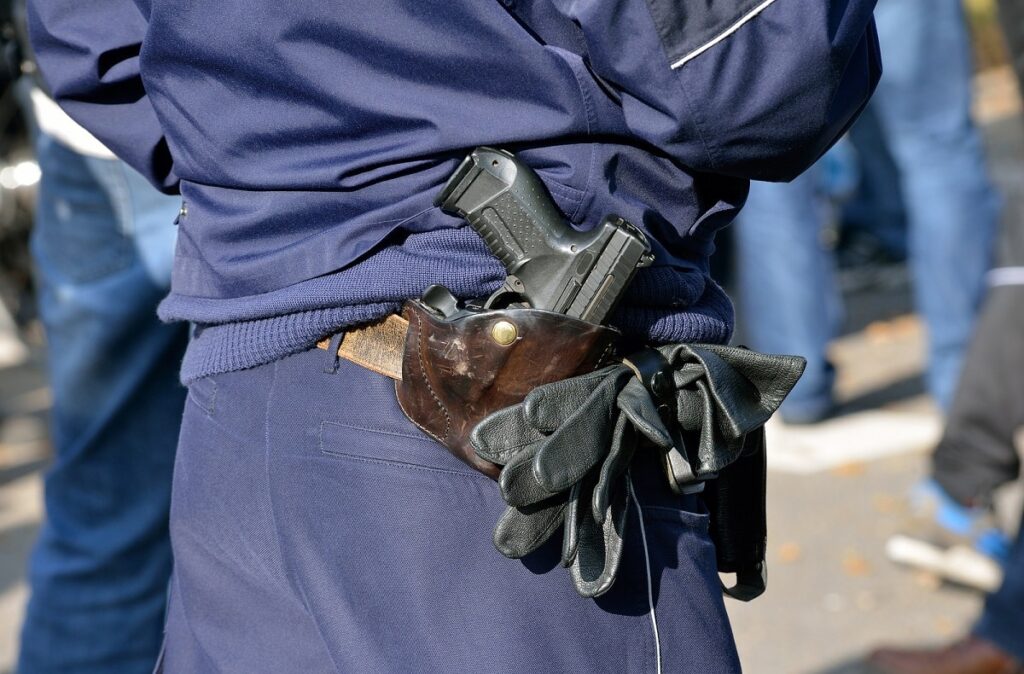 That would technically be gall bladder carry, but one digresses.

Drawing from the small of the back involves a longer arm motion, as well as tucking the hand behind the back. This motion is far more inefficient than other draw strokes, which can make good purchase on the pistol more difficult. Presentation likewise is more complicated than drawing from the hip or appendix position. A jacket or other cover garment will complicate matters even further.

Granted, these challenges can be overcome with sufficient training, but it bears mentioning that it is much less intuitive than the dominant carry positions.

There is also the practical matter of the interaction of the pistol and holster while seated. A gun on the hip can make finding a comfortable sitting position in a chair or car seat more difficult; a gun on the belt in the middle of the back can make things worse. If carrying a full-size pistol at the small of the back in an IWB holster, you can easily wind up sitting on the gun…which is not going to be pleasant if the slide is hot or cold due to inclement weather and you’ve been outside for awhile.

Injury Concerns When Carrying With A Small Of The Back Holster 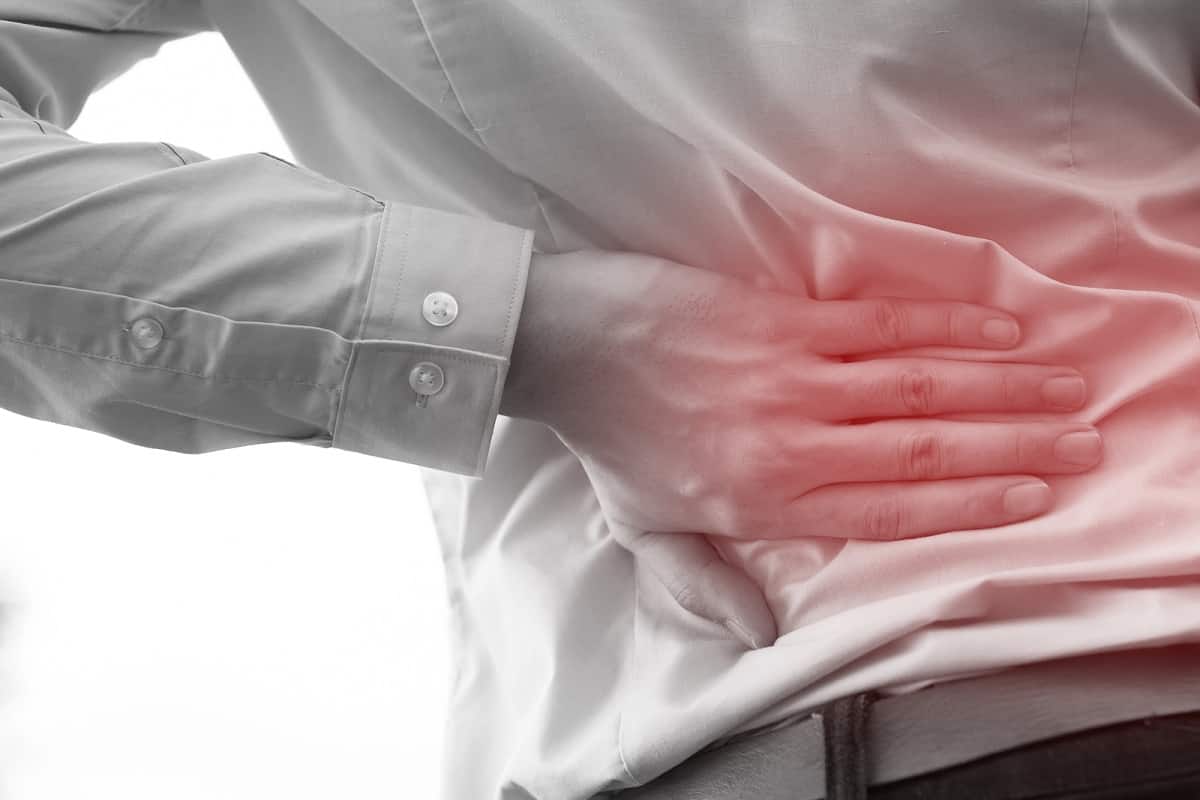 Besides an awkward draw compared to conventional carrying positions, the other practical consideration to carrying with a small of the back holster is that of the potential for injury. It isn’t so much that carrying a couple extra pounds on the back of the belt line is going to throw your back out or even present much of a challenge; far from it.

Instead, the risk of injury is of you falling on it.

If you fall on your hip while wear ring a hip holster, it can give you a hip pointer bad enough to end some NFL careers, but you’ll probably get over it. Falling on the small of the back, though…can cause much more damage.

With small of the back carry, your gun sits more or less over your spine, and specifically over the lumbar spine and pelvis. Aside from hips and kneecaps, these are some of the most vital areas involved in ambulatory function. The lumbar spine is practically the foundation of the body; if it isn’t working well, everything else suffers.

There are a good number of anecdotal stories out there, no studies or surveys to back them up with data of course, but reports of police officers that fell on their SOB carry gun, causing a lower back injury that rendered them either disabled or forced medical retirement.

The odd civilian carrier may have experienced something quite similar.

If You Must SOB Carry…

However, if one must SOB carry, there are a few different ways in which to do it. A common method, and the easiest to conceal, is to wear an IWB holster in the small of the back position. Provided one is concealing a small enough pistol, sitting needn’t be too difficult. However, a best practice is for the holster to be opposite-handed from the carrier’s dominant hand. This points the grip toward the carrier’s dominant side, allowing for the easiest purchase on the grip.

With placement and cant adjustment, the draw may be less awkward than placed vertically in the center of the back.

Other SOB concealed carry holsters orient a pistol somewhat horizontally. This certainly makes sitting or driving easier, but during long sitting sessions (or drives) you’re going to notice that extra poke in the lumbar. If your back is already a bit dodgy, this isn’t likely to feel very good. The draw will be slower than in the hip position, though can be made somewhat easier with positional adjustment. Again, best practice is to orient the grip so it faces the strong side.

With holsters of this design, it’s imperative that there be adequate retention, as near horizontal carry makes a holster fight gravity…which hip or appendix carry will not.

Again, given the challenges of comfort, the draw and the potential for injury, small of the back carry is really not the best manner in which to conceal a pistol, which is why some people only employ it in carrying a backup gun. Even in that regard, there are still better options.