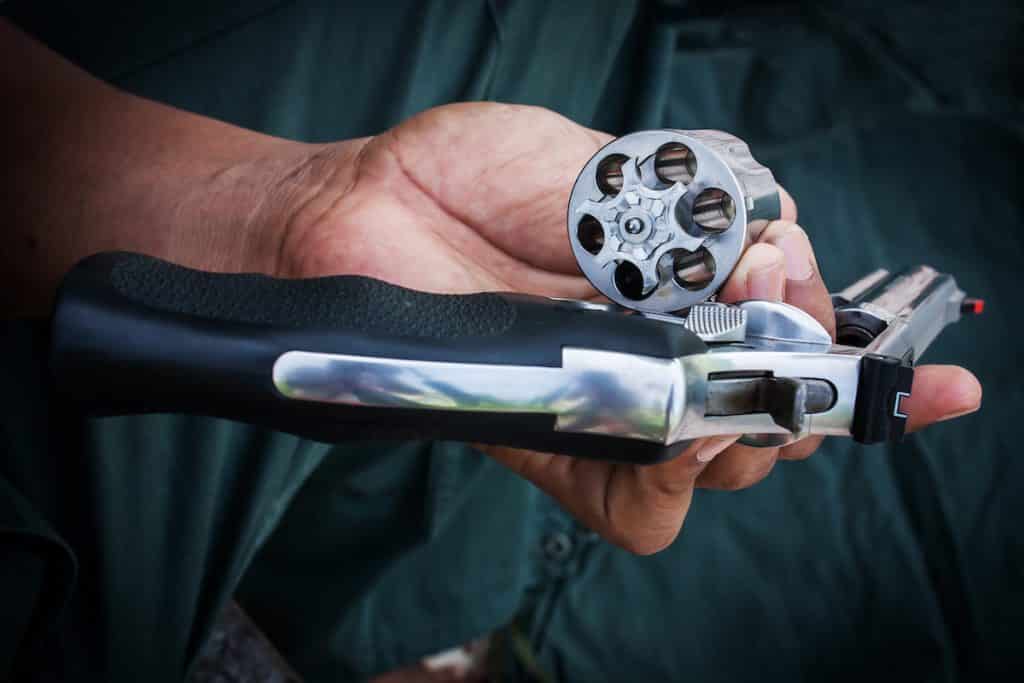 Carrying a concealed handgun is serious business. For many of us who’ve carried for years, the practice of putting on a concealed handgun is as routine as shaving or brushing our teeth. So when a close family member, relative, or friend asks to see our handgun, it may seem like a no-brainer to take it out, check and clear it, and then pass it over.

That’s the rub, though.

Handing your gun over to anyone puts you and them in jeopardy.

Obvious exceptions to this rule include folks you’re shooting with at the range during your routine practice or family members you’re trying to familiarize with safe handling practices. A lawful request by an active member of law enforcement also likely falls into this category.

Use your best judgment. What it comes down to is this: your concealed carry handgun is your lifeline. When you put that lifeline into someone else’s hands, you need to be certain it’s for the right reasons.

In general: never give your concealed handgun over to anyone.

There’s a second factor at play: you’re giving someone else your gun. Outside of a family member or close personal friend, you can’t be overly sure of another person’s motives when asking for your weapon. And part of carrying a concealed handgun is not showing it to anyone.

3. Don’t hand your gun to someone.

The second that gun leaves your direct custody, you have to treat it as you would a firearm you discovered in another person’s hand. It takes a high degree of trust before I’ll hand my gun to someone. In these cases, it’s usually a training environment, at the range, or when demonstrating a specific technique related to unloading and clearing a gun.

Why You Shouldn’t Take Out Your Gun In Public

And, while this I shouldn’t need to state this, I will go ahead and put out this disclaimer: never take your gun out in public.

There is a visible perception of others when they see someone take out a gun in public. Carrying a gun in a visible holster is a separate matter entirely. We’re talking about someone taking a gun out of a concealed holster, bag, or purse in a public place.

That may give strangers to the situation cause for pause. More defensively minded people may even go so far as to move away from the scene. Some individuals may also call the police. As silly as this may sound, we live in an age of heightened broadcasting of fear. The cultural zeitgeist is surrounded by shooting events that usually have little motive or warning before occurring. A stranger may not perceive your actions as normal.

To save you and them some heartache — or worse — if you have to take your gun out where the public can see it, make sure it falls into one of the following scenarios:

1. You are legitimately drawing the weapon because you have a real reason to fear for your life.

2. You are in a controlled range environment and are engaging in routine practice in a designated area.

3. You are complying with a lawful request. This one isn’t likely to occur because police typically won’t ask you to remove your gun. They’ll do it for you… And it’s safer if they do it.

So, outside of these three overarching themes in situations, there’s likely no reason you should be drawing your gun in public. If you do get into a situation where you need to remove your weapon (i.e., put it in the car for storage), then be discrete and go to a place where you cannot be readily observed.

Reports of an Active Shooter and Car Going Through Target in Hammond, LA