Training with a single handgun platform maximizes familiarization with your chosen weapon. There are several compelling reasons to focus on one gun. 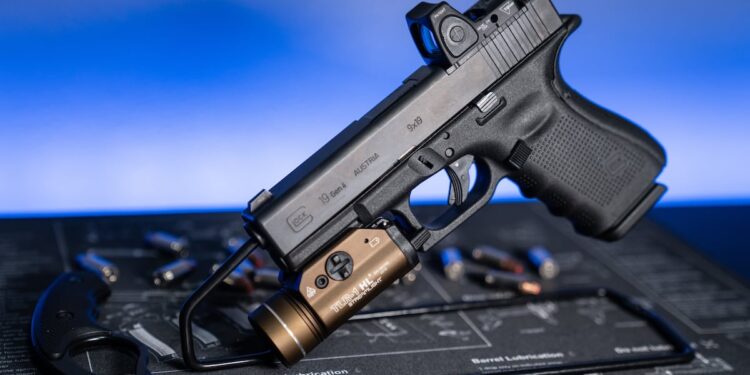 Most enthusiasts of crafts that involve a reliance on gear tend to become focused on the toys. Musicians can spend hours talking about the instruments and amplifiers they use; golfers can spend hours talking about their favorite driver. Shooters are no different. Such gear fascination provides a great deal of entertainment for all involved, but it can often lead to diminished performance. I have found a common trend within the shooting community: there are those who like to collect guns and those that focus on skills development.

Some people will take this the wrong way, but among shooters that pursue a high level of skill, the gear becomes more incidental than central. Most top shooters tend to work with a single platform, at least for extended periods of time, for many reasons. Those who claim that they can go from one platform to another with no deterioration in performance, quite frankly, are typically performing at only a modest level. Advanced shooters will readily tell you that staying with a single gun for prolonged periods is necessary to reach a maximum level of skill.

The most obvious reason to stay with a single gun, or at least within a single family or guns, is to avoid a mistake while under the duress of a deadly force encounter. For example, if you typically carry a striker-fired gun with no manual safety, and every so often switch to carrying a gun with a manual safety like a 1911, it is entirely possible to miss disengaging the safety when presenting the gun unless you have put in substantial time to ingrain that added manipulation to your draw process. Maximizing your familiarity with your carry platform is essential. However, the reason to stay within a single model of gun, if possible, goes beyond this.

Intimacy with the Trigger

Trigger manipulation is the heart of the beast when it comes to shooting well, and most shooters know this. However, most shooters don’t realize how many repetitions it takes to gain true familiarity with a particular trigger on a specific gun. A Glock trigger is very different than an M&P trigger, and both are indeed different than a 1911 trigger, and they are all vastly different from a revolver trigger, etc. All of these trigger systems can be shot at a high level of excellence, but the unique dynamics of each demands a substantial dedication in time to master. When moving from one such trigger mechanism to another, you embrace a vastly different feeling and behavior, which profoundly influences the shooting performance.

Having several guns that are set up for your shooting and carry needs makes perfect sense, but utilizing entirely different guns complicates your ability to switch from one to another seamlessly. Rather than relying on multiple guns, set up several of the same model, or at least related models, so that the triggers will be similar. For example, utilizing a full-size M&P and a compact M&P, and even an M&P shield for deep concealment needs, provides you with weapons that are quite similar in feel and behavior, thus minimizing the effects of transitioning between guns. Even within the same family of guns, most shooters will find that there are intricacies from one to another, even between guns of the exact same model will be somewhat different from one to the next. The more time you spend with a single gun, the better.

The other factor that dramatically influences shooting is the grip that you establish on a given gun. The feel of the grip from one model of a handgun to another is significantly different. This is the second reason that I highly suggest staying within a single family of guns. Familiarity with the grip will influence your shooting in several ways. First, your hand will become accustomed to optimally gripping the single handgun and that grip will not necessarily transfer to another gun as well.

Second, and this is often overlooked, familiarity with the exact angle and size of the grip is essential for a fast draw from the holster. When you, for example, get used to drawing a full-size pistol of a particular model, then switch to a gun with perhaps a shorter or thinner frame, your ability to quickly establish a good grip in the holster will be thrown off. Even the unfamiliar angle of the different grip will negatively influence the draw. The more draw repetitions with the single gun, the better.

A third way in which the grip influences your shooting is how you control the trigger, believe it or not. Every person’s hand is slightly different, and the way in which your hand interacts with any given gun needs to be tweaked to ensure that you press the trigger directly to the rear, as much as possible. Therefore, going from one gun to another with different grip circumference or shape influences your trigger manipulation. For example, if you commonly shoot a gun with a relatively wide grip, then switch to a gun with a think grip, the geometry of your finger in reference to the trigger will change and you may find that you throw shots to the left or right, depending on how your finger changes in reference to the new trigger. When you spend a lot of time with an individual handgun, you modify your technique to that specific weapon, and when you go to an unfamiliar gun, you lose this advantage.

It is for these reasons that I encourage shooters to minimize the number of handguns that they train with and carry. The temptation to collect and play with a variety of guns is strong for all firearms enthusiasts, but for the concealed carrier, becoming a good shooter should trump your desire to rotate between a multitude of firearms. One of the ways to accelerate in your performance is to utilize one gun so that you maximize your familiarization with it.