Tuckable Holsters: Options for Wearing a Gun under Tucked-in Shirts 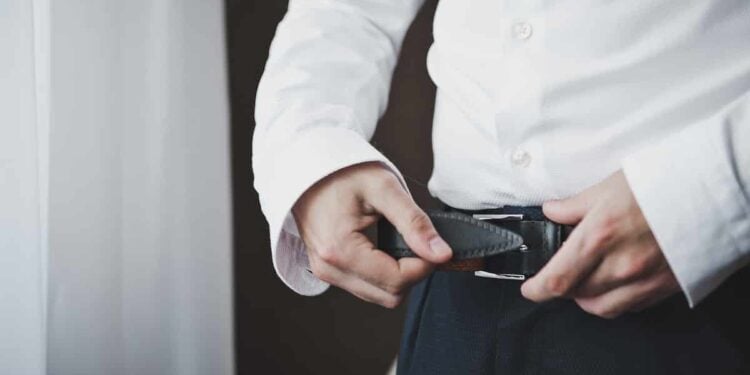 Speaking from personal experience, one of the more frustrating circumstances a concealed carrier faces is when you must tuck in a shirt for any sort of formal event. Granted, some guys wear tucked-in shirts all of the time, and such gentlemen often rely on pocket carry or another carry mode as their primary means of packing heat. For those of us that wear a gun on the hip or in the appendix position, we usually do so under an un-tucked garment of some kind. What, then, do we do when we must actually dress in some formal or semi-formal capacity?

Obviously, we can resort to pocket carry or ankle carry, but these carry modes are often hard to embrace for the individual who does not routinely use them. Pants need to be sized correctly, the pockets need to be right, etc…, so keeping the gun on our hip even when we need to tuck in a shirt can be useful. I am going to share with you some of the options available to accommodate this and some considerations to bear in mind when tucking a gun under a shirt.

The Draw is Much Different

Before we even address the different options for wearing a gun while tucked-in, let me say that the draw stroke changes drastically. The standard draw stroke involves lifting the cover garment in some capacity to obtain a grip on the gun. When drawing from a tucked shirt, you need to literally rip the shirt up and out of the pants to obtain the weapon. This drastically changes the draw, and generally, most people will find that it takes significantly longer to produce the gun when tucked-in. There are workarounds leveraged by some, including rip-away shirts that allow you to rip open a buttoned shirt to facilitate faster access, but generally, if you wish to use your standard dress shirts, you will need to pull the garment up and out of the pants to facilitate the draw.

There are a good number of available holster models that are actually tuckable. Most notably, these designs typically provide space between the holster and the belt clip mechanism that allows a shirt to be tucked in over top of the holster and between the belt. Many hybrid designs facilitate this option as the shirt can be tucked in between the belt clips and the holster shell and backer. One of the glaring issues that I have always taken with this solution is that the belt clips remain visible and depending on the clip design they are more or less conspicuous. The casual observer would probably not notice, but it remains hardly discreet enough for less permissive environments.

If you go with one of these options, you can seek out the holster designs that provide belt clips that are relatively low profile. Some holsters utilize small J hooks that sit behind the belt and simply provide a small hook that grabs the bottom of the belt to retain the holster. I find that even these are readily observable; the casual public will not notice but somebody who is looking for something out of the ordinary certainly will.

I have utilized a number of tuckable holster designs in the past, and there are a number of viable options, but I have personally given up on all tuckable designs. The two reasons that I have abandoned tuckable holsters remains the issue that even low-profile clips remain visible to some extent, and also my experience has shown me that it is difficult to rip the shirt out of the waistband when using these designs. Wearing a handgun under a tucked shirt will require the removal of the tucked garment from on top of the gun, but tuckable holsters seem to pin the garment rather tightly.

Like all things related to concealed carry, this is just my experience and opinion, and there are many who utilize tuckable holsters with success. Only some experimentation can determine what is right for you, and the environments and company you spend time among when dressed formally will also determine how much discretion is needed.

Another option for wearing a gun under a tucked shirt is the belly band. This has become my single option for when I need to conceal a handgun under a tucked shirt. Many people dislike the belly band because it entails wearing a seemingly inconvenient band of nylon around your waist or mid-section throughout the day. If you go with a good design, however, they are actually comfortable enough. The two benefits to the belly band, in my experience, is that there are no clips left visible on the belt line, and I also find that ripping the shirt out of the waistline is easier to do with a belly band than with a tuckable holster.

Many generic belly band designs utilize a universal holster design, typically just a nylon pouch, that retains the gun. You need to ensure that such a belly band will safely and securely retain your gun. For example, I don’t trust a striker-fired handgun with a light trigger pull sitting in such a holster pouch. A double action revolver or auto, however, rides safely in such an apparatus.

There are also belly band designs that utilize kydex holster shells that attach to the band which are custom made for each individual firearm. This allows you to carry a striker-fired gun on a belly band safely and may be a good option. TheUnity Tactical CLUTCH Belt and the Crossbreed Modular Belly Band are good options for this belly band/kydex hybrid.

As a final note, I will offer this for your consideration: you may need to carry a different firearm than your usual carry gun when you need to carry under a tucked shirt. If you carry a full-size service pistol, for example, you may find that you can’t conceal it under a tucked shirt. Going to a smaller gun may be the best option. Obviously, having a smaller gun on you is still much better than being unarmed, so if going concealed under tucked-in clothing is part of your life you may need to select a firearm that is dedicated just to that purpose. Tucked-in and other formal attire complicate things, but there are a number of ways to remain armed.