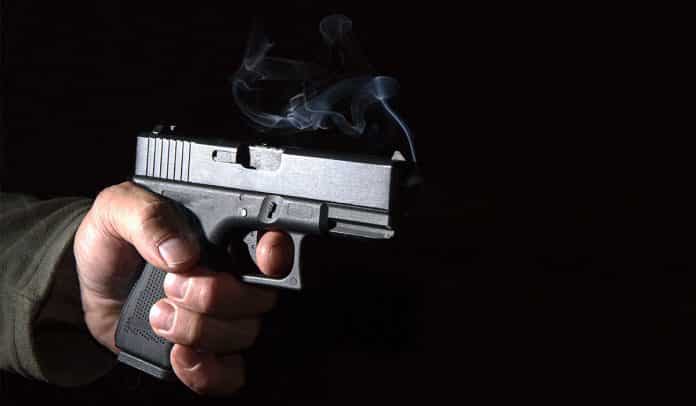 A Washington Park, Illinois salvage yard owner caught two men attempting to burglarize his business sometime between 1:30 and 3:30 AM. He told police that he started shooting at them when the men hopped over the fence. He apparently didn’t know that he had hit both of them as they ran back to the fence, jumped over it, and ran away. The suspects ran in different directions with one falling dead nearby while the other, shot in the leg, sought treatment at a hospital and then returned to the scene to look for his friend. Presumably, he was apprehended at that time. The business owner called the police at the time of the incident. This story was originally reported by Belleville News-Democrat.

At first blush, this might look like a case of a good guy protecting himself from an attack, but don’t be so sure. I don’t know the specifics of defense of property law in Illinois, but in Minnesota, this owner could easily be charged with attempted murder and murder.

The key statement here is the owner telling police that he shot as the men were hopping over the fence. In some states, again not sure about Illinois, Castle Doctrine includes businesses you own and even occupied vehicles and would give you the legal presumption of the fear of death or great bodily harm assuming force was used to gain illegal entry.

If that’s not the case in Illinois, then deadly force defense would only apply to self and not to property and, as always, only in response to a deadly force attack. There is no mention of the burglars having weapons, so it wouldn’t be unreasonable for a prosecutor to argue that the owner was not in imminent danger at the time he fired upon the intruders. Had he waited until the burglars were close enough to demonstrate their intent to harm him personally, then this would be an entirely different matter.

Prosecutors, courts, and juries look very unfavorably upon using deadly force to protect mere property no matter what the value. Absent laws defining his place of business as highly defensible property, this owner will be left with making a case for the defense of himself only.

Since he also apparently spoke with police without an attorney, which is never a good idea, his above statement that he shot as they were hopping over the fence could possibly be a confession of one count of attempted murder and one count of murder. Illinois is not exactly a self-defense friendly state, so let’s hope that it doesn’t turn out that way for this guy even though he likely believed that he was acting within the law.

As always, you must be intimately familiar with the use of force laws in your state so that you don’t, even inadvertently, subject yourself to legal liability that could cost you your freedom.