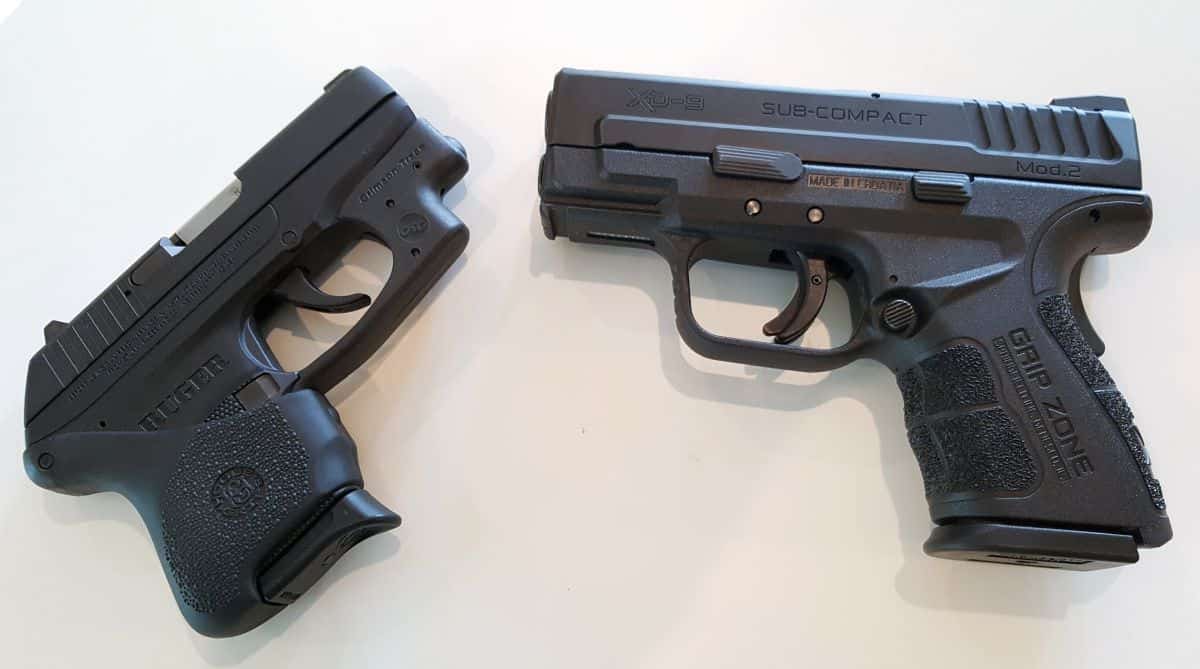 Some concealed carriers swear by it, others call it excessive. Carrying more than one handgun for personal protection has some distinct advantages and disadvantages. Do you pack more than one pistol when you head out into the world? In this article, we’re going to take a long look at the benefits and limitations of carrying a backup concealed carry handgun.

Theory: If One Gun Jams, You Have A Backup

No matter how ready we think we are, there’s always a lingering doubt that we’ll run into the dreaded “click” when it comes time to pull the trigger. In those situations, we can practice for action drills to remedy a misfire or failure to fire. However, some concealed carriers prefer to just jump to a second pistol. If you’re equipped for it, that’s certainly an option.

PRO: Immediate follow-up to a malfunction.

CON: Failure to remedy the malfunction through remedial action.

Practice: It may just make more sense to practice more with the equipment you use on a daily basis so you can develop a baseline of expectation for what that pistol is capable of. If it’s not up to your standards, perhaps consider switching to a more reliable gun.

Theory: If One Gun Runs Out Of Ammo, You’re Covered

This can especially be true for revolver lovers. When that first cylinder is expended in a gun fight, there’s not a whole lot of time to fumble around with a speed clip or a moon clip. Sometimes you want to be able to immediately stay in the fight. Having a secondary gun can definitely be a great boon.

PRO: Staying in the fight just a bit longer.

Practice: There’s no way of knowing how long a self defensive gun use situation will last. It may be five brief seconds or fifteen minutes. Chances are good that if the fight goes on longer than ten to fifteen minutes, you’re going to need to have the option of reloading or switching pistols. It might just make more sense to stick with the same pistol you’re using and simply reload.

If you’re worried that one extra magazine isn’t enough, it’s still more expeditious to carry another magazine than carry a whole other handgun.

Theory: Can Hand Off A Gun To An Ally

Dire situations can make strange bedfellows. Who knows who the man or woman to your immediate left or right may be when a bad situation strikes. In a defensive gun use situation, you may feel compelled to offer aid or assistance to those nearby. Having two people equipped to handle your opponents may up your chances of surviving. Having a backup gun means you can turn one good guy into potentially two.

CON: Uncertainty in tactics and training.

Practice: If you’re willing to trust a complete and total stranger with one of your firearms, then you’ve made up your mind. However, if you don’t know or are not confident in that person’s abilities with a firearm (or their understanding of firearm safety), you may be creating another liability for yourself in the short term. It may be more useful to help those in your vicinity properly use cover and concealment until they can flee than surreptitiously handing out your own lifeline.

In conclusion, carrying a backup handgun in either an ankle holster or a secondary holster isn’t the worst idea in the world but it may be a bit impractical in a defensive gun use situation. You’re probably better served training to reload, fix malfunctions, and practice tactical handgunnery than carrying a secondary gun you may never get the opportunity to use.

I carry 2 revolvers of the same caliber with 2 reloads in speed-loaders for EACH! Why? Because I am handicapped with a barely functional “weak” hand. (Even with practice a reload will be slow-and I am a former LEO who was on a SWAT team!). I also carry 2 knives, both assisted opening AND 2 flashlights! I was trained and have experienced the reasoning that 3 is 2, 2 is 1 and 1 is none.
When active on the department, my peers razed me about carrying 2 guns until the night our team had to clear a building with a burglary suspect in it. We had made recent uniform changes transitioning to longer jackets and thumb break holsters (1970’s). I handed off my 2nd gun to a partner after he ran across a muddy (think rice paddy muddy!) field and experienced having the jacket release the thumb break and his gun fell into the mud rendering it useless! (When found and retrieved it was a ball the size and shape of a football!
Finally, another reason to carry 2 is because most people (even cops) stop searching when they find the first piece. If I am in a situation where a bad guy does that (think robbery or street mugging), I will STILL have a weapon at my disposal!

Carrying a back up is also called a New York Reload.