Two Teens Broke Into a CT Man’s Home; Unfortunately for Them He was Armed 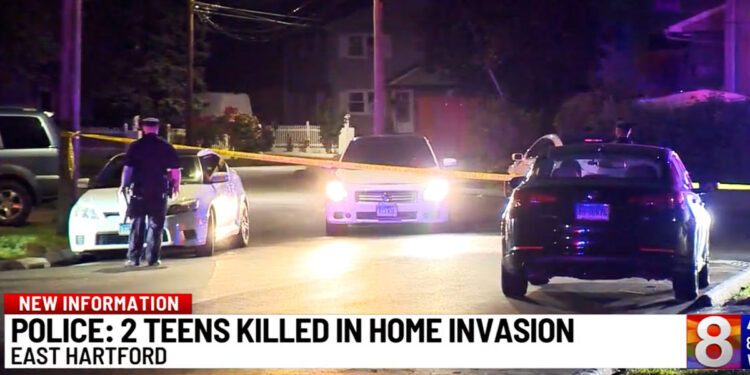 Two teenagers got more than they bargained for when they broke into a Connecticut man’s home last week.

According to the police, two teenagers, 16 and 15 years old, forced their way into a man’s home right before midnight last Wednesday. Once inside, the two teenagers attacked the homeowner. He was then able to fire multiple shots hitting both suspects.

Neighbors woke to the sound of gunshots. One said he heard three or four shots, and by the time he went outside, the police were already on the scene. When the police arrived, they found the two suspects wounded. They were transported to the hospital, where they were both pronounced dead. The homeowner had minor injuries and did not require medical attention.

The police are still investigating the incident but are saying that it appeared to be a case of self-defense and that the homeowner was the legal owner of the firearm used to shoot the suspects. The police are also stating that it seems that this was a targeted home invasion but don’t have any motives yet.

Some neighbors say that this is unusual for this normally quiet neighborhood. But others state that the police have been to the home in the past, and it has had a lot of people coming and going. Regardless, the police are treating this as a home invasion and self-defense shooting.

“We are treating this as a home invasion where the homeowner does appear to have been attacked in his own home. And he used the force he believed necessary to end the threat.”

Whether this was a targeted attack or not, this is a good reminder that you need to have quick access to your home defense gun. If it is locked up in a gun safe that takes more than a second to open, you might not be able to get to it in time. There are plenty of quick-access safes. I use a Vaultek safe on my nightstand that allows me to quickly get to my home defense gun but also keeps it secured when my son is home.