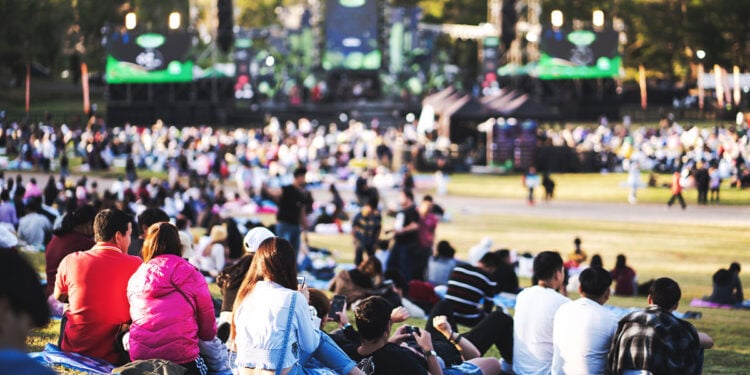 The recent atrocity in a Chicago suburb committed by a shooter on a rooftop should lead the prepared individual to consider tactics needed for dealing with such situations. This is not the first of such incidents in which we have seen the killer use tactics that put them at a significant advantage in terms of separation from their intended victims or anyone in the vicinity who may be able to stop them. The Las Vegas attack in 2017 witnessed a mass shooting on a concert perpetrated by an attacker who was thirty-two floors off the ground in a hotel room and four hundred yards away from the event. Similarly, the Texas Clock Tower attack at the University of Texas in Austin in 1966 witnessed a killer with a scoped rifle murder fourteen people and wound many more from a perch atop the clock tower.

What should be obvious in such events is that the concealed carrier, armed with a handgun, is unlikely going to be in a position to neutralize a threat who is armed with a rifle and in a position of such significant advantage. Many rifle-wielding active killers have been neutralized by concealed carriers with handguns, but during more conventional attacks where the killer was accessible within the vicinity. Due to the increase in incidents where concealed carriers have cut the rampage short, we can predict an increase in unconventional attacks where the killer takes an ensconced position to minimize this likelihood. If a lunatic is ensconced behind hard cover, and especially so if they are in an elevated position, the likelihood of being able to neutralize goes way down. Rather, in such an event, there are other tactics that will become quickly necessary. What are the primary considerations if caught in such an event?

Have a Plan to Exit

An exceedingly important tactic for the prepared individual is to have an exit plan in any environment, and this goes well beyond preparation only for active killers. Be mindful of your points of exit in any building, but also in outdoor public spaces. Consider all three of these unconventional attacks cited above; all three occurred outdoors. Such incidents are most likely to occur outdoors as rooftops, hotel windows, or other points of advantage are more accessible if attacking an outdoor space. In any indoor space, you should make note of the exits, but in an outdoor space, you should also make note of the best avenues of escape.

If in a crowded environment, such as watching a parade or attending a concert (any attack will be committed against crowded environments as these sickos want a large body count), position yourself and your loved ones in a location that provides quick egress to an escape route. Being right up at the stage, pressed in by a large crowd, may appeal to some as being fun, but it is not sound. Staying towards the outskirts of the crowd facilitates easier egress. Also, if possible, position yourself near the closest escape avenue. If watching a parade or large event on a main street, stay close to a corner with a side street, or an ally, so that you can immediately escape the targeted area in the event of an attack, which is certain to be where the crowd is.

Another life tactic that is important is to be cognizant of available cover in the vicinity. What, in your immediate environment, could stop rifle rounds or at least conceal you from the view of the attacker? Are there vehicles that you could quickly take cover behind? Is there a corner of a building, a concrete abatement, a dumpster, etc., nearby? Make a note of that potential cover and be ready to move yourself and those in your care to such an object. The use of cover has always proven to be an essential tactic for surviving gunfire, and this consideration becomes even more pressing when dealing with a threat that can’t be effectively suppressed or terminated through defensive shooting.

Have a Link-Up Plan

In the event of such an attack, there will be mass chaos and panic, and you may lose individuals in your party. Obviously, small children need to be attached to you or the other adults in your party, but older children or other adults may well get separated in the chaos of an event. Have the discussion and the plan for such an emergency. Part of your emergency plan should be having a link-up location that is not within the vicinity. In the event of a problem in which your party gets separated, designate a link-up spot. Perhaps the link-up spot is the vehicle in the parking lot, or perhaps it is the 7/11 across the road. In the event of chaos and panic, having a spot to rendezvous will be beneficial.

When analyzing a given venue or environment that you will spend time in for an event, pick a link-up point that is outside of the scope of danger for plausible threats. For example, if in a crowded fairground, linking up at the roller coaster is probably not sound as being in the center of the potential area of attack is counter-intuitive. Rather, linking up outside of the fairgrounds, perhaps in the parking lot or elsewhere, makes more sense. Keep in mind that parking lots have been targeted in the past with the intention that the fleeing crowd will end up in the parking lot, so a link-up location well outside of the vicinity may be best.

Have Medical Training and Equipment

Finally, consider your ability to treat traumatic wounds. Have you taken Stop the Bleed or TCCC training? Do you carry trauma gear with you? Tourniquets, hemostatic gauze, pressure dressings, and chest seals belong in a kit that is on hand when in crowded environments. Trauma gear should be kept in the vehicle and in the home, but the prepared individual should carry a trauma kit when in public. If on-body carry of such gear is not an option for you, consider carrying a kit in a sling bag or backpack, something you likely have on you if attending a large public event anyway. Seek out training in the application of tourniquets and pressure dressings to stop traumatic hemorrhage, the form of injury that is found at the scene of a car crash or the scene of a mass killer event.

Less conventional forms of attack are likely to increase in the future, and having a plan of action, should you find yourself at ground zero, is sound. Bear in mind that such life safety skills apply to other potential dangers, such as fire, vehicle wrecks, and other disasters. Be sure to stay aware of your surroundings and add such attacks to your list of considerations.