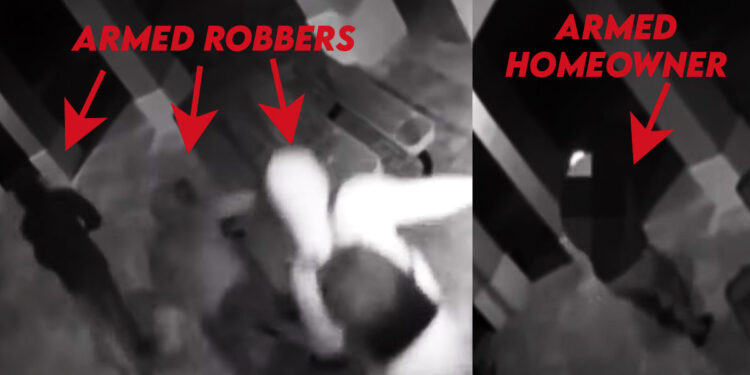 In February of this year, police were called to a gated community in Miramar, FL, after a homeowner shot at three armed robbers. This past Thursday, video footage was released that shed more light on what happened.

The homeowner was watching YouTube one night when three armed teen robbers stalked him for roughly 30 minutes which can be seen in the video. Then they robbed him at gunpoint. One of the teens pointed a gun at the homeowner’s chest while the other two stole his phone and a bag.

As the teens fled, the homeowner told them to stop. As one of them pointed a gun at him, he drew his concealed carry gun and fired at them, fearing for his life. One of the teens was struck in the head and died on the scene. His two accomplices left him there, and police found a gun next to him.

The mother of the deceased teen pleaded for the other two to turn themselves in, which they did. They were both charged with armed robbery, but I would assume other charges may be coming since they can be held accountable for the death of their friend.

This goes to show you that bad things can happen at any time, anywhere. Just because you are in a gated community doesn’t mean you are safe. Luckily, this man was carrying his gun on him at the time and was able to defend himself.

We also talk about not shooting at fleeing suspects, but it seems that they were still pointing a gun at him, so he still feared for his life and fired back. I’ve read no reports stating the homeowner will be charged, so this will likely be considered a justified shooting.

Too bad, he didn’t hit the others as well!!!