I called up Luke one day in February and said something to the effect of:

Hey man, you wanna shoot 10k rounds of ammo through a Hellcat? But not just any +P ammo… Underwood Ammo.

Long story short, Luke thought I was out of my mind, but he was on board. We put a game plan together and contacted Springfield Armory to tell them what we had planned.

They also thought we were crazy, but nonetheless, provided recommendations to us for us such as: Cleaning schedule, cooling down, lubrication, etc.

We were on our way to blisters and bad weather!

Let’s not dwell on this for too long, but here’s how things kinda went:

As many problems with weather and Corona as we had, we’re still happy that we did this test. And, of course, it wouldn’t have been possible without the generosity of our sponsors:

A big thanks to Underwood Ammo for donating the 10,000 rounds of their premium self-defense ammo to run the test!

A big thanks to Vedder Holsters for sponsoring the video, as well as providing us with some awesome holsters!

A big thanks to Action Target for sponsoring the video, and donating two targets for us to use during the test!

A big thanks to MANTISX for sponsoring the video, as well as giving us some MANTISX systems to help improve our shooting!

Springfield gave us a list of recommendations to follow, in order to keep the Hellcat clean, safe and properly lubricated. The specs were as follows:

EVERY 250 ROUNDS: COOL DOWN Compressed Air for 5 Minutes

EVERY 500 ROUNDS: COOL DOWN, WIPE DOWN AND OIL Compressed Air for 5 Minutes, Wipe Internal Components Down, Add Lubrication

While we were at Underwood Ammo for the first part of the test, we were using cold compressed air towards the end. It was much quicker, but we were a little concerned with cooling the gun from 300 degrees down to 40 degrees in a matter of seconds. That’s not great for metal, but we did what we had to.

At the second location, we used an air compressor that was hooked up to the Jeep’s battery, so it was a much slower-going process.

I rented an Airbnb for us to stay in, and it was a literal farmhouse. It was out in the middle of nowhere and was actually quite relaxing.

It was a good base for us to have and was about a half-hour drive away from Underwood Ammo.

Oh, and they had cows at the farmhouse. 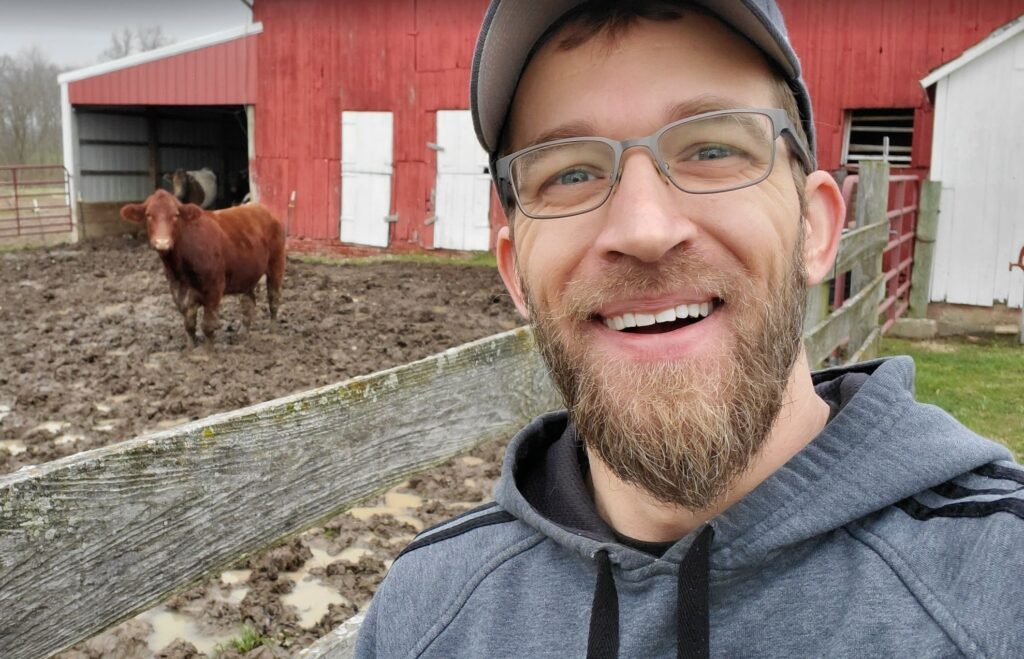 We get to Underwood Ammo and begin shooting. It’s cold, overcast, and at first, we’re having a good time. That changed over the course of the trip because the weather wasn’t cooperating and we were running out of time quickly. On top of that, the world was just starting to go crazy with Coronavirus, and we had to finish up quickly.

Each night, we talked Kevin Underwood into getting some dinner with us and had a great time hanging out with him, as well as his staff during the shooting process.

On the last day that we had available, we knew that we weren’t able to finish. Bad weather came in, and we couldn’t extend our stay any longer. The decision was made to hit the pause button with the intention of completing the test at a later date.

We even bought and set up a canopy to help with the rain, but it simply wasn’t working. We didn’t want to risk getting the Hellcat all wet, along with the ammo, and having it compromise the test.

We packed up with ~7,500 rounds under our belts and headed home.

Then, we waited. And waited.

With Luke being lazy, he wouldn’t come over to Florida. So, I drove over to Louisiana so that we could finish this up. It wasn’t a bad drive, actually, and took me a total of 10 hours. I love driving anyway, so it wasn’t too much of an inconvenience.

Since I had my Jeep with me, I got to try out my foldable ledge for the first time. That’s where we kept the loaded mags (for the most part) as we finished loading them, in what always seemed like an endless endeavor.

We got to shooting and knew that we needed to get it going (and completed) because of the heat. Leave it to us to do a torture test in 95-degree weather, and near 100% humidity.

I’m not exaggerating. It’s like we had stepped into the bowels of hell.

We shot, we cleaned, and we shot some more. We also may or may not have sat in the air-conditioned Jeep every 20 minutes or so.

Here is roughly the amount of ammo that we had to burn through in order to get to our 10,000 round goal. Don’t let that photo fool you, either. That was a deep box.

Luke threw up his awning from Front Runner Outfitters so that we could have a little shade while shooting, and that was a welcomed addition.

The mood was light, but we were definitely done with the heat.

And our hands were also not pleased with what we were doing. At the end count, I believe we both had 4 rather sizable blisters on our right hands. Each. Mixed in with the sweat and heat, it was less than desirable but we pushed through.

Then, before we knew it, we had the last 22 magazines loaded and laid out. It was the best sight to see, and we were happy that we’d be heading back to the air-conditioned studio to do our wrap-up video.

For the last 10 rounds, we labeled them with their respective numbers, and couldn’t wait until #10,000 popped off.

To end things in a spectacular fashion, Luke took a blurry video of me showing the 10,000th round in the chamber. Great job, Luke!

We finished up and headed back to clean the Hellcat and examine. We were done, finally! So how did it go? Well, let’s get into the details!

To be absolutely honest, we had no idea how the Hellcat would hold up. It’s not every day that someone runs high-pressure ammo through a small concealed carry gun in the 10,000 round range. It was anyone’s guess as to what the outcome would be. And to be honest, I think that Springfield was slightly nervous about the test. After all, it hadn’t been done before, AND the Hellcat is a new gun without years of experience in the hands of people.

The result: I’d trust this gun with my life, no questions asked.

For roughly every 1,000 rounds fired, we had less than 1 failure. That’s insane in my book, and a glowing review in and of itself for the Hellcat.

We ended with a total of nine failures, the majority of which we attributed to fatigue. If I had to guess, we would have ended with two or three failures if we had additional shooters.

Let’s take a look at the Hellcat after being cleaned following the 10,000 round test.

The wear on components was incredibly minimal, surprising both myself and Luke. It held up extremely well with the abuse, and we did not have any of the components break.

The conclusion is clear: The Springfield Armory Hellcat is a beast and an absolutely solid choice for serious concealed carriers.

Gun writer Chuck Taylor did a much more extensive and more “tactical” torture test of the Glock 17.