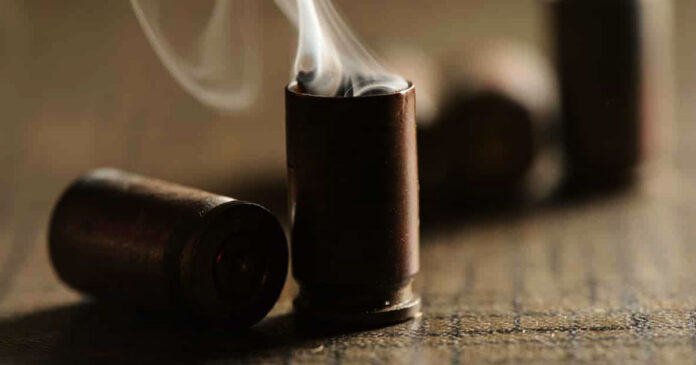 Across the internet, we hear a variety of opinions about what a concealed carrier needs to do directly after he uses his gun to defend his life. Law enforcement and legal experts may all have their own opinions based upon situations they’ve encountered or have advised others about. A lot will be predicated on state definitions of certain laws. However, in general, we find that a lot of gun owners and concealed carriers stay within the area of where they used their gun because they have a legitimate, moral desire to prove their innocence to police.

It’s something that’s been ingrained in a lot of people because, in vehicular accidents and incidents, leaving the scene of a crime is a crime.

However, defensive gun use is not like hitting someone’s car. In fact, the two have nothing in common other than life can be lost.

If you are attacked by someone, you have a moral and ethical imperative to defend yourself. This is made easier by a Second Amendment right that we naturally have as citizens. We can use a gun to protect ourselves. In a defensive gun use situation, the state has to prove its case that you were not justified in the use of deadly force against an aggressor. This means they must accrue evidence that proves beyond a reasonable doubt, to a jury, that you exercised deadly force against another person when your life was not threatened or at risk.

State law and prior court precedents will play a heavy role in that court decision. That’s not the focus on this article. And for the purposes of this and any future article you read about this type of subject matter, you should always defer to an attorney versed in the local laws of where you live and has a history of defending these types of cases. This is also why we usually recommend CCW insurance. We covered the exhaustive reasons for that in a separate article.

Subtracted from the act of you shooting and potentially killing another human being, you are defending your own life. Your life was placed in grave or imminent danger by the act of another person or persons. Your life doesn’t stop being in danger because you exercised deadly force. Even if you think you neutralized all your attackers or aggressors, you can’t be certain. As such, it may be necessary for the concealed carrier to retreat to a safe place. A safe place is a place that you deem the risk to your life is minimal in comparison to the place you just came from.

In a lot of news stories, we’ll see concealed carriers retreat to a nearby, well-lit convenience store or storefront until police arrive. There are witnesses there that can vouch for the concealed carrier’s presence. We’ve also seen, in other cases, where a concealed carrier retreats to his home or the home of a friend. This act is not ‘leaving the scene of a crime’. This is the act of a man, scared for his life, retreating to a place he has reason to believe poses little risk.

Once you are in a safe place — a place you deem poses less risk than the place you needed to exercise deadly force — contact your attorney and follow his instructions. In most cases, the attorney will then contact the police and give them pertinent details they need for their investigation. This may include a verbal or written statement by you, approved by your defense attorney, and even an appearance down at the police station. That’s fine. Your life is valuable enough where you deserve to be safe. But, this is also why, as a concealed carrier, you may feel the need to flee the scene where you exercised deadly force. So long as your first call is to your attorney once you have arrived at an appropriately safe location, you are not dodging responsibility for your actions. You are just making sure you are safe.

This website and its authors do not provide legal advice and does not create an attorney-client relationship. If you need legal advice, please contact an attorney directly.

I can imagine too that in some cases the intended victim may want to stay on the scene to make sure the thug’s gun doesn’t ‘evaporate’ before police arrive. After all, it’s hard to say that Doofus pointed a gun in your face if Doofus is too dead to admit it, and there’s no gun or holster anywhere nearby.

But then… I can also imagine ‘no witnesses’ situations in which a guy or gal might just want to ‘walk away’, period. Backpacking, for example. You can’t necessarily stay there – you could be miles from a cell phone tower without a connection. It could be days before someone comes along who could go fetch the cops and that person could be the perp’s brother looking for him, and if the guy was preying on hikers, you’re in his turf already and any LEO you find may have an incentive to make you suffer (maybe a relative? or ‘associate’?). What’s more, his friends are perhaps just over the ridge minding the still, and now sneaking thru the woods because of the sound of the shot(s). You would definitely be better off getting the heck out of that area. And if you didn’t leave any brass with your prints on it you just may be able to go on with your life uninterrupted, except for the necessity of finding a new place to go backpacking. Leave the Devil’s children for him to handle.

Take photos of the scene with your smart phone or other camera (hopefully you have at least one of those).

I assume you mean of Doofus laying there with a gun.

Maybe. But then, if you’re in some urban liberal warren, you run the risk of the prosecutor not only charging you, but also of telling your jury that you are a psycho who took the pic to remember your ‘kill’, or to post on your FB account. And if the gun is gone when the law gets there, you could also be charged with destroying or concealing evidence – with your own photo as proof there was a gun there – but since it’s ‘gone missing’ you either had to steal it or to have planted it. Prosecutors have done worse….

I can’t say what I would do. I’d like to think I’d stay to make sure the cops found the gun and bagged it. I suppose it depends on the number of ‘friends of Doofus’ around, and the number of rounds I still had handy. Running to safety might be the safest thing to do, though I’ll agree a photo might be nice to have in that case.

I had the same thought. If you feel your are in imminent danger, and don’t want to have a shootout scene with whoever else might be with the perp, then at least take some pictures and provide them to your attorney before telling the police you have them. Let the lawyer decide how to present them as evidence, that’s what you pay them for.

Sure; and you might be accosted by Bigfoot and the Martians who witnessed the event took off in their spaceship. Get real. Never forget; in the mind(s) of a jury, FLIGHT EQUALS GUILT, period, end of story.

OK, Superman, which part of my comment are you objecting to? Is it my suggestion that in some places you might be safer in the diner down the street? Or outside the neighborhood where you don’t stick out so much? Given typical response times, in some places where you might really need to shoot, you could easily be killed by the time the cops show up even with one perp down. Certainly you can’t expect to stay in place in some state or federal forest for a few weeks hiding from Cooter’s cousins until somebody wanders by, and then send them to get the cops?

And if the prosecutor wants to be governor, leaving the alley to get cell service to call the law will still be painted as a ‘shoot and run’. So, granted, staying in place is always a good idea if possible, but you seem to think it’s better to be dead with Doofus than to scoot for safety. Is that your message?

But not-fleeing is potentially easily cast as not really being in fear of your life, as would hanging around to take photos. I’m not really sure which approach is best. I’d just go with the most honest one for you in the situation.

Here’s a problem:
You retreat to wherever and someone comes by and takes the gun or knife the perp had and now it looks like you just shot an unarmed person. Not a good outcome.

when you can retreat! but if your defending some one else safety?