Why You Need to Invite a Liberal to Go Shooting

by Jason Hanson
in Articles, Training
9 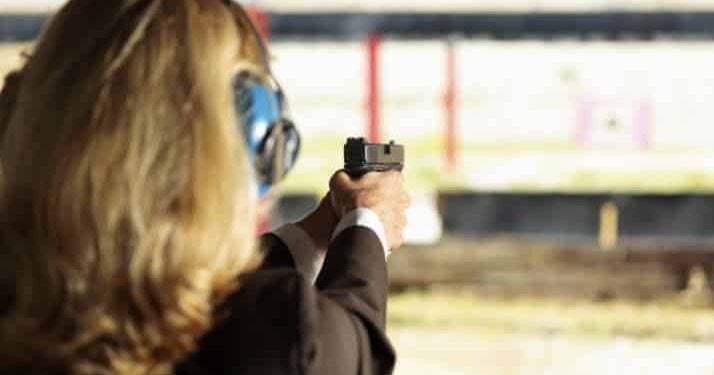 Why You Need to Invite a Liberal to Go Shooting

I work six days a week, but never on Sunday. On Sunday, I go to church and try and relax and spend time with my wife. However, she often has other plans that involve us being social. I do not like these plans, but I like my wife, so this means I always end up at someone’s house for dinner or having someone over for dinner on Sunday.

For instance, this past Sunday, I ended up at her best friend’s house. Her friend had invited two other people that I didn’t know. And being that we’re in the Washington, DC area, one of the first questions that popped up was “what do you do for a living?”

I explained that I was a personal security specialist and that on the weekends I taught concealed carry classes and taught people how to shoot. As I said this, I’m pretty sure I saw smoke coming out of her friend’s ears and she looked at me like I was the devil. She immediately proceeded to go on a rant about why in the world would anyone need a gun, and all guns do is kill people.

I’m used to this type of reaction. It doesn’t bother me one bit.

I let this woman continue with her rant as I sat there patiently. Once she was done I asked her how she would protect herself if someone broke into her house at 3am. And you want to know her response? She said, “that’ll never happen, the chances of that happening are next to none. I’m not worried about it.”

That’s a response that I hear too often and it’s a sad one. Of course the chances of getting your home invaded are small, but it happens often enough and it’s got to happen to someone. I proceeded to tell this anti-gun woman that I have car insurance, yet I never hope to get into a car accident. I have homeowners insurance and I hope my house never burns down. And I have my “gun insurance,” and although I pray I never have to use it, if the day comes I’ll be ready.

I often come across women who were anti-gun until someone broke into their house and ended up raping them. Now these women own guns and go around convincing others to own guns. I certainly hope that the woman I was at dinner with never has a home invasion and never finds out the hard way why every American needs a gun in their home.

As I continued to explain why I think it’s important to own a gun, she didn’t want to hear any of it. Then, I asked her if she had ever shot a gun. Not surprisingly, she said no. So, I invited her out to the range the next time my wife and I go shooting. She accepted and said she would be interested in trying it.

Often, once a person tries shooting, they realize how enjoyable it can really be. But even if this woman still hates guns after we go shooting, at least she’s a little less ignorant about guns and has actually used one.

So, if you’ve got friends or family or co-workers who are anti-gun, it probably won’t do any good trying to have a conversation where you convince them why they need a gun. But, if you invite them out to the range, they just might realize that guns aren’t the devil after all. Heck, if you invite them out to the range and they end up getting a gun because they enjoyed it so much, then you might have actually helped save their life one day.

By the way, next week, I assure you that you won’t hear me telling any stories about Sunday dinner because I’ve told my wife I don’t care if the President (Obama jokes aside) invites me to dinner, I’m not going anywhere.

Presidential Race Heats Up: Where Do They Stand on the Second Amendment?

Presidential Race Heats Up: Where Do They Stand on the Second Amendment?