Why You Need to Own Multiple Guns 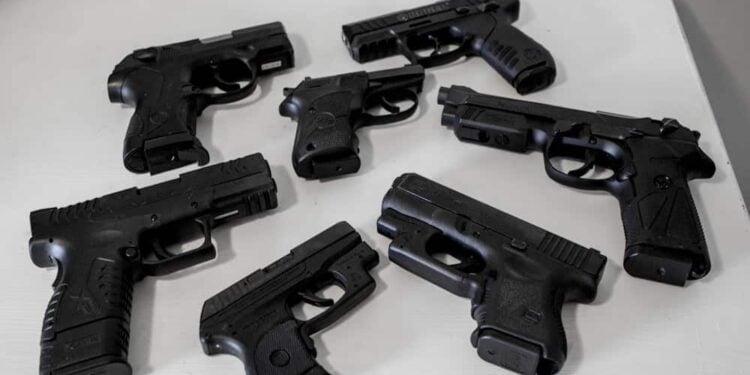 Why You Need to Own Multiple Guns

Most gun owners I know already own multiple firearms. After all, there are so many different guns out there how could you just own one? But I do know a few gun owners who literally have just one gun. Sometimes the reason is because of their significant other (AKA wife), other times it’s a monetary issue (which I understand), and then there are the people who simply think one gun is enough (I shudder at the thought.)

One of the obvious reasons to own multiple guns is in case one of them breaks. If you’re using a quality gun, such as a Glock or Smith and Wesson M&P or Springfield XD, then the chances are slim. But they are mechanical devices and eventually something may go wrong. If you’re at the shooting range and your gun goes down then it might be days even weeks before you get your gun fixed by a gunsmith or the factory.

Another reason to own multiple guns…

Is to have more than one gun throughout your house. For instance, I obviously have one of my guns in my bedroom in case there’s a home intruder during the night. But there’s also a gun in my basement. If someone were to break into my house while I was in my basement watching a movie, it would be a long haul up to my bedroom if that were the only gun I had.

So, at a minimum have a gun in your basement and your bedroom, but try and have one on every level if you can. Just remember to keep each gun in a “fast opening” safe that you can open in about 3 seconds.

One of the most important reasons to own multiple guns is because your spouse or other family members who live with you need one too. When I’m traveling I feel a heck of a lot better knowing my wife has her own gun and that she’s trained to use it. (Except if we’ve had an argument before going to bed. Then I ask her if for my own safety I should come and move her gun to my side of the bed for the night – always amusing to me, not so much to her.)

But in all seriousness…

If you’re the only gun owner in your house, how is your family going to protect themselves when you’re out of town? Or what if you’re just running errands a few miles down the road and something happens?

I realize there are still a lot of people who have family members who are scared of guns or anti-gun, but just take baby steps with them. Don’t try and convince them to get a gun, just try and convince them to at least come shooting with you once. It never ceases to amaze me when the people I take to the range are anti-gun when we get there and then as soon as we’re done they’re often saying, “that was so much fun, when can we do this again,” or “I never knew shooting was so enjoyable, I think I might actually get a gun.”

The fact is, there are probably dozens more reasons why you should own more than one gun, including everyone’s new favorite, the zombie apocalypse/end of the world. So if you’ve only got one gun, and you can afford it, get yourself another one today. In fact, that’s exactly what I’ll be doing this afternoon.