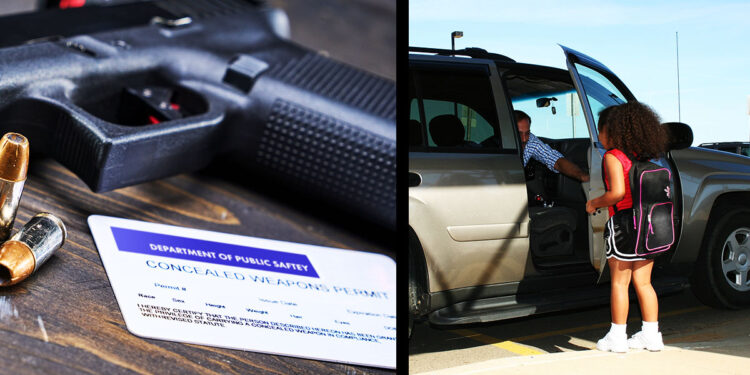 This past Thursday, the Wisconsin General Assembly passed a series of bills to expand gun rights for Wisconsin gun owners and other states as well.

First off, 2021 Assembly Bill 518 would allow anyone with a concealed carry permit or license from another state to carry concealed in the state of Wisconsin. Wisconsin already honors permits and licenses from 45 other states and Puerto Rico. That means they would only be adding four more states to their honored list.

2021 Assembly Bill 495 would allow a person with a license to carry a concealed weapon to possess a firearm in their vehicle on a school campus. This would allow parents who have concealed carry permits to legally carry their guns on them in their vehicle while bringing and picking up their kids from school. Why should you have to disarm to do this? You are licensed to carry a gun and protect your family everywhere but the carpool line? I always thought this made no sense at all.

“They are mature enough, they are adult enough to make these decisions and yet we are going to deny them the basic human right of self-defense?” Sortwell said via CBS58.

But as expected, some Democrats don’t agree and argue “the measure would backfire and result in inexperienced gun owners.”

“this age group that they’re talking about would likely need to be purchasing their gun from the gray market, from private sellers” via NEWSWEEK.

It seems like there’s a good chance these bills will be vetoed if they get to Wisconsin Gov. Tony Evers desk. We will be following them, hoping they get passed.