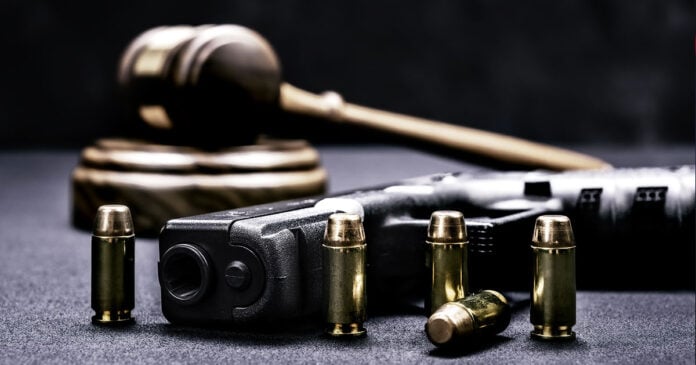 Republican lawmakers in Wisconsin have introduced the Wisconsin Sporting Freedom Package, which among 13 draft bills includes a proposal for constitutional carry.

Sen. Rob Stafsholt has stated these bills are aimed at policies ignored by Gov. Tony Evers and the Department of Natural Resources regarding outdoorsmen and women.

There has been little hope of constitutional carry being passed in Wisconsin as it was previously opposed in 2017 even by then-Gov. Scott Walker (R). Other current Republican senators are almost sure the bill will be vetoed by Gov. Evers (D), who already wants more restrictions on firearms.

“I think the law we have right now is a good law. I’m comfortable with that,” Walker said then. “The people that talk to me about it say they like where it’s at. We’re one of the larger number of permits in the country and it works well that way.” via JSOnline.

The bill also eliminates bans on carrying firearms in buildings such as a police station or prison, but at the same time allows building owners to prohibit visitors from bringing guns inside.

Also eliminated would be bans on firearms inside bars and taverns and instead would be a prohibition on consuming alcohol inside while carrying. The same ownership limits apply.

Elsewhere eliminated prohibitions would be loading a firearm in a vehicle. Currently, only handguns are the exception. Public transportation officials will also not be allowed to ban firearms or knives under the packaged bill.

All in all, this package bill is quite unique. Allowing constitutional carry would speak volumes to the 2nd amendment. At the same time though, the hope is that those who would choose to do so have the necessary knowledge on firearm safety.

Carrying a firearm though, in say, a police station or prison as mentioned, by a private citizen could create some worry. That bill would likely not be accepted, especially with Wisconsin’s current legislation.

Rural Wisconsin’s concerns hopefully will be thoroughly heard by legislation. These areas of states can often be overlooked when it comes to politics, but they can play a crucial part in the state’s functioning when it comes to natural resources.

Regarding constitutional carry, the bill will probably need to go through many drafts. With how many people apparently are content with current laws, it seems as though it will be a difficult process to actually legalize permitless carry. Still, today’s outdoorsmen and women must not be overshadowed with policies that only benefit those in a higher power.