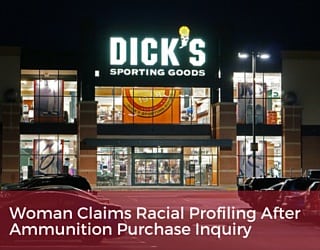 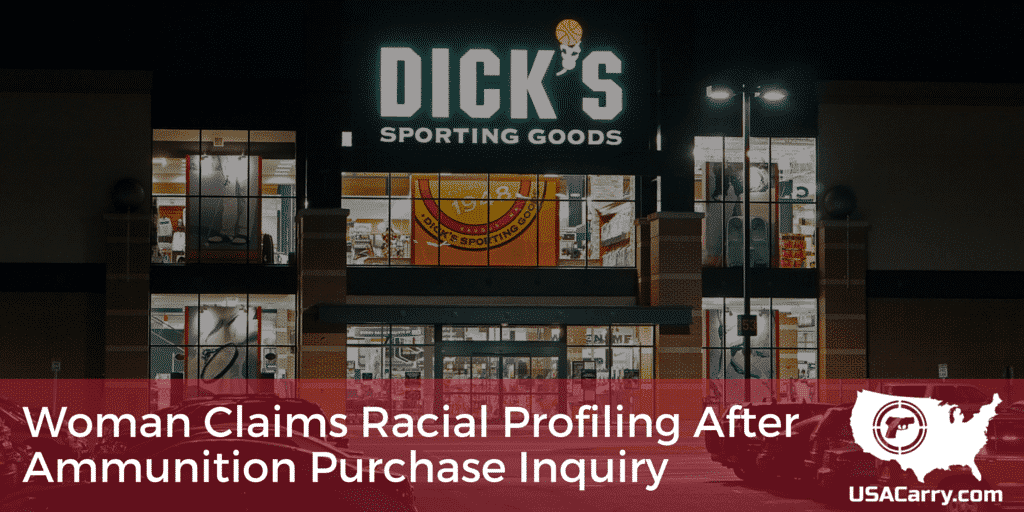 Sim Sangha visited a Dick’s Sporting Goods store in Fremont, CA to inquire about purchasing 8 boxes of ammunition commonly used in AR15-pattern rifles. Sangha, a certified firearms instructor preparing to apply to the LAPD, did not buy any ammo, and instead purchased an exercise mask.  On Friday, December 11th, she was surprised when two police officers showed up at her home to investigate allegedly suspicious behavior.  An employee from Dick’s contacted law enforcement concerned that Sangha might be involved in terrorist activity.

Ms. Sangha, an Indian American woman, feels Dick’s alerted law enforcement about her ammunition purchase inquiry due to racial profiling.  “I have tons of friends who are both law enforcement officers and normal  citizens here, and they purchase ammunition all the time in bulk, before the San Bernardino shootings and after that incident as well”, Sangha said. She assumes the decision to report her is based upon her appearance as a Sikh: “The singled me out. They singled me out because of the way I look.”

A spokeswoman for the Fremont PD said officers have been on high alert following the San Bernardino shooting, in which a Syed Rizwan Farook and Tashfeen Malik used AR-15 rifles to carry out a terrorist attack at a holiday party leaving 14 dead, and have a responsibility to investigate all reports of possible terrorism.  Upon learning there was nothing suspicious about the purchase inquiry, police officers issued an apology to Ms. Sangha.

At this time, Dick’s Sporting Goods has not issued a comment.

Too bad. That’s the new America. A small inconvience to them is a small price to pay to live in this great country. Don’t like it? I totally understand. You’re always free to leave.

As a retired LEO I can assure you that had it been me I would have told them to pound salt and come back with a warrant and talk to my attorney. I highly value my rights and never, under any circumstances, relinquish them.

I completely understand your feelings especially knowing that you didn’t even buy ammo. However, we are in a time like no other and whether or not someone profiles you or not, intentionally or not cant be helped. I would ask this, should they NOT report you just b/c you may look middle eastern or have a tanned complexion? If your answer is yes, that would also be considered profiling, so how does someone win in this situation? Good Luck either way
Example- If the terrorist or whatever were described as Whites guys with a Mohawk and a beard, everyone including yourself would be looking at and wondering/reporting every white guy w/ a Mohawk and a beard going in to buy ammo, guaranteed.

I could not disagree with you more. Someone once said that those who are willing to give up there freedom and liberty so easily deserve neither. The white guy that you speak of with the mohawk might get looked at but, what about regular white guy. Regular white guy who shot up and killed several people at plan parenthood had weapons and ammo. You can not presume or assume based on what a person looks like or how they dress. At lease she got an apology.

Really? If you dress like a thug, what are the chances of you being a thug? Pretty dang high. The way the dress is one of many steps in identifying a threat. Dismissing one is idiotic.

Out of curiosity, how does a thug dress?

If you have to ask, take a look at yourself in the mirror. Add 50 IQ points to what you see and that is how a thug dresses.

Apparently you didn’t look at the pictures or read the stories. That was no “regular white guy” who shot up the baby slaughterhouse.

Buying the mask probably made her look more suspicious. (Mask- bullets) I would think that was strange.

Maybe I’m missing something here … since when do you wear a mask to exercise in Fremont, CA?

The store should not act like the gestapo towards their customers. Merchants think that they are above the status of their customers and every one else. The merchant in all reality has violated some laws on their own.

Wouldn’t you feel crappy if the next woman with her complexion to buy bulk* ammo at that store stopped by the local movie theater on the way home and, to cries of Allayou Fapnars, emptied a couple magazines into the crowd waiting to buy tickets for Star Wars?

*Just how much ammo is “bulk”?

That store is in the business to sell ammunition and not an authority to question their customers.

Good question, how about an answer?

I buy anywhere from 1K-6K rounds at a time. Enough to meet your definition of bulk?

She went fishing for a pot of gold.

“In this day and age, racial profiling has become a must to protect our country.”

If that were the true you wouldn’t have TSA agents putting their hands in the underwear of 5 year old’s (at least not at work). Israel has successfully used profiling at their airports by observing and asking travelers questions.

So what. You were profiled. Get over it. Profiling is really statistics. How many old chinese women are causing issues? How many need to be profiled… None. Stop whining and playing the victim card. That attitude alone should dis-qualify you as an LEO applicant.

I will never step foot in a Dicks sorting goods! Remember when they canceled all orders for ARs because the Libs were trying to ban them? Screw them

That was my thought. Dick’s has shown itself to be no friend of gun owners (their prices are more like gouging, too!).

The real headline in this story is of a gun owner still trying to purchase firearm-related items there!

So if the store employee suspects something but DOESN’T report it and another mass shooting by a muslim occurs, the seller would be crucified for it. Today’s climate is different for a reason. And there is a resemblance between middle eastern muslims and Indian sikhs, especially where they are not familiar as a group. It seems like everybody gets so butt-hurt over practical reaction no matter how small. Maybe Ms. Sangha should move up to big-girl panties.

Please….some lady who is already uncomfortable around guns to begin with sees you at the gun counter and she sees your jacket moves as it reviles your legal carried concealed weapon. Not knowing or caring that your are a legal carrier (or maybe a LEO for that matter) she runs to the bathroom and calls 911 (after pooping herself) and you are greeted by SWAT at the door, and nervous Jimmy a local cop who just graduated from the police academy in October shoots you by mistake.

This is much more likely than catching someone with an accent or dark skin before they commit a terrorist act. Either way, the gun grabbing Left applauds and advances their agenda.

And you being the rational person that you are, this scenario has happened exactly how many times?

Las vegas, see killing of Army vet Erik Scott at Costco back in 2010.

Not enough information in this article or related articles to determine why the sporting goods store employee was concerned or why Sangha felt the incident was profiling. (From the news interview Sangha appears and sounds American to me) Bottom line is the process worked and apparently police apologized to Sangha for her inconvenience.

Thank you Police for doing your job. Political correctness has killed enough. Unfortunatly a sign of the times.

simple way to avoid the police….don’t answer the door. You are under no legal obligation to open the door for police. And of course you don’t have to answer any questions.

Couldn’t we give California back to Mexico?

It’s been tried … they won’t take any more unless we throw in Barbara Streisand. And, after her endorsement of HRC, I’m tempted to do the deal.

Really! With that logic the USA will need to “give back” lots of states to Mexico or whoever. No way buster!

Profiling, racial or otherwise, is a proper police tool in my opinion. However, a clerk at a store has no business calling the cops just because a customer buying ammunition looks middle eastern. The police should not have interviewed this women on the basis of race alone and should have known better. Looks like a case of paranoia.