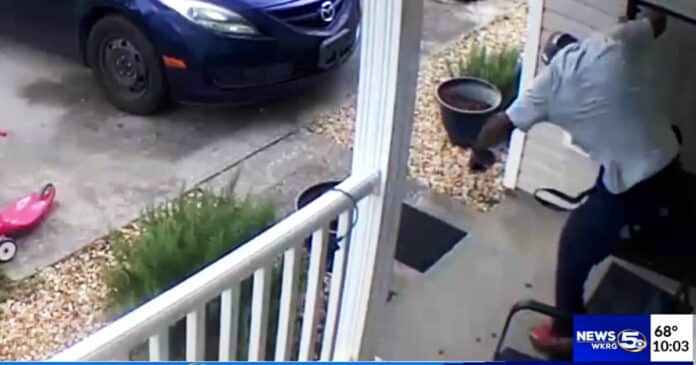 A 54-year-old man was at the Florida residence of a woman and their children, where home surveillance captured him breaking into their home. The man was verbally angry as well, once entering the home searching for the family saying he was going to hurt the mother.

While inside, he armed himself with the knife and the rest of the family hid while the intruder searched for them door to door. Once he found them, he charged with the knife only to be shot and killed from a headshot by the mother. Deputies also found that the man had an A  filed on him and ironically was on his way to an anger management class before intruding.

“Florida State Statute allows people to take reasonable steps to protect themselves from harm,” said Escambia County Sheriff Chip W. Simmons. “We do not intend to bring charges against the occupant of the home.”

Things like this will also not always come without consequence, as it is a reminder to look at your state laws to know what is considered a justified use of home defense. This one seems pretty cut and dry though.

What the relationship is like between the mother and father is unknown, but it can be inferred things were not so well, hence the anger management classes. Still, it is great the woman will not be charged, as the man’s intent to cause harm was clear as day. She obviously did not want to cause any harm back, as she hid herself and her children, but was still prepared to use the necessary force to stop the threat.

In a domestic situation like this, the mother showed an elevated level of mental toughness when paired with self-defense. Domestic violence brings the worst out of people, and with that, individuals should be prepared for any further harm to happen inside their home.

As for the deceased man, one can conclude those anger management classes probably were not worth it.