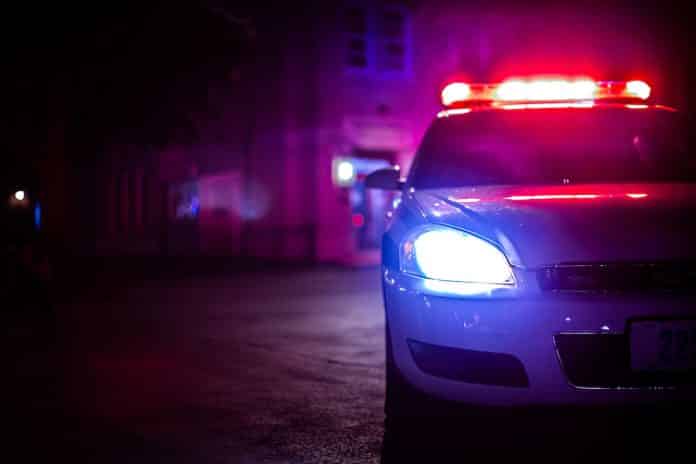 A 73-year-old Fredericksburg, Texas man, was awakened by a “loud banging noise” near his back patio at about 12:45 a.m. this past Saturday reported KXAN. Going outside to check, he is attacked by a 19-year-old man who pushes him back into his home while hitting him with a blunt object.

The young man manages to get the older resident into a chokehold until he loses consciousness. The man’s fiancée is also awake by now and demanding the intruder stop his attack. When he refuses, she retrieves a handgun from the bedroom and fires a warning shot out the patio door, she told police.

The attacker refuses to stop, so the fiancée fired another shot, which hit the attacker in the head, killing him. Drug use is believed to have been involved.

Good thing this couple had the means to protect themselves, but there were a couple of mistakes made here. The one that could have perhaps avoided the entire attack is going outside of the home to check on the noise. There is just something in the male psyche that seems to compel us to want to investigate perceived trouble in and near our homes. For some reason, and to their credit, women rarely do this.

Had the man stayed inside and called 911 as he was getting his gun, if he felt that was necessary, he wouldn’t have been in a position to be surprised by his attacker. If the attacker did decide to try to break-in, he would have had time to take a position of cover and be prepared to defend himself. Going out into the dark to investigate loud noises and essentially opening your door to the attacker is not the best tactical move.

While it was great that the woman knew how to both access and use the gun, clearly she hadn’t been taught that warning shots are never a good idea. People do this because they hope to avoid shooting someone, but the law counts them as a missed attempt when there really wasn’t an imminent deadly threat. The reasoning is the threat must not have been imminent, or there wouldn’t have been time for the warning shot. There is also the legal liability for whatever damage that round causes. Remember, bullets never miss. They always hit something