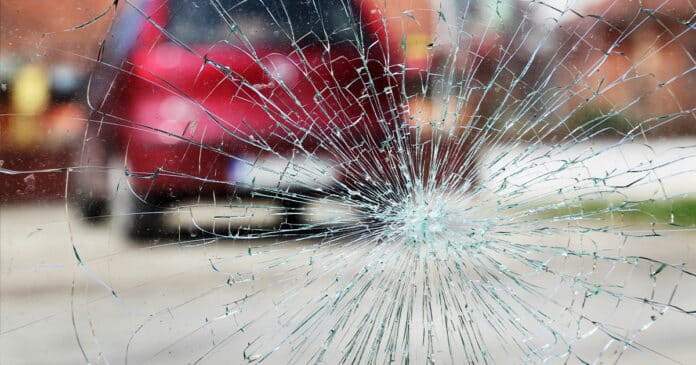 This incident took place in the middle of the day this past Sunday. A woman was sitting in her car, which was parked in a shopping mall parking lot in Miami, FL. That’s when a man approached her vehicle and began banging on her window. Police reported that he then attacked her. Luckily, this woman had a handgun to protect herself, and that’s exactly what she did.

We don’t know how many shots were fired, but the man is in critical condition. We also don’t know if the two knew each other or if this was just a random attack at 2:22 PM. The report says the attacker banged on her window and attacked her, so did he get inside of the vehicle somehow? However it went down, that had to be a scary incident for this woman. But she took it upon herself to carry a gun for self-defense.

It wasn’t reported whether or not she had a concealed carry permit. In Florida, you can carry a gun in your car as long as it is not on your person and it needs to be securely encased or otherwise not readily accessible. So whether she was carrying concealed on-body or in her purse with a valid permit or if the gun was in the console or the glove box, she was able to access the gun and use it to defend herself.

So take the time to think about how you carry when you are in a vehicle. How accessible is your gun? I appendix carry, so my gun is very accessible. If you carry strong-side hip, you’ll have a harder time drawing when sitting in your vehicle. Do you take your gun out and stick it in a vehicle-mounted holster or magnet? If so, I strongly urge you to rethink that. There’s no reason to add any unnecessary gun handling when getting in and out of your car. Since I appendix carry, nothing changes when I get in or out of the car except maybe the loosening of my belt a bit when getting in. I don’t take my gun and/or holster out and then have to reholster before getting out of the vehicle.

These stories might be short, but they bring up good talking points for us to consider or be reminded of.