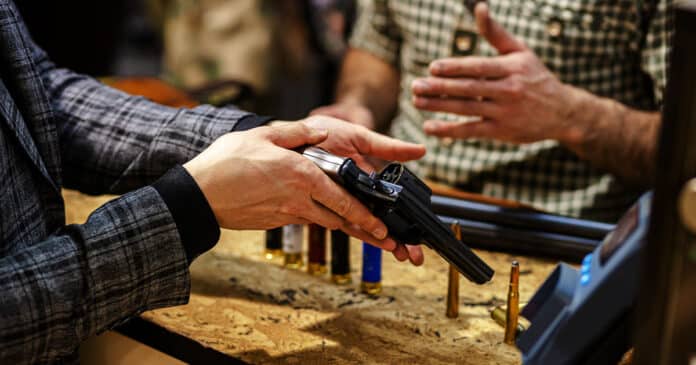 A Fort Worth, Texas gun show was the scene of a person negligently discharging their weapon, the bullet ricocheting and striking a woman in her foot.

The woman was taken to an area hospital where the injury was deemed non-life-threatening. Police have not stated any names on the persons involved and whether or not the individual who negligently fired the weapon stayed on the scene.

Have you ever attended a gun show? Although hypothetical, mishandling firearms is something that can happen here. It is unclear whether the person who made the negligent discharge was a seller or patron, but this gun show had a “no loaded firearms” rule.

Gun shows have rules set in place when attending, including things such as not carrying chambered if so. Do you trust law enforcement at the show to make sure everyone is checked? How would you feel carrying unchambered within the presence of many weapons?

More details are to be ironed out to this story, but what this comes back to are the fundamentals of firearm safety. We say it so often, but it rings true: finger off the trigger when not engaged on a target. When in these settings, the best thing to do is keep a constant sense of self-awareness. Running along with the finger off the trigger is treating each firearm as they are loaded. Gun shows have certain types of ties/locks to ensure people know they are unloaded, but we should not undermine our safety fundamentals.