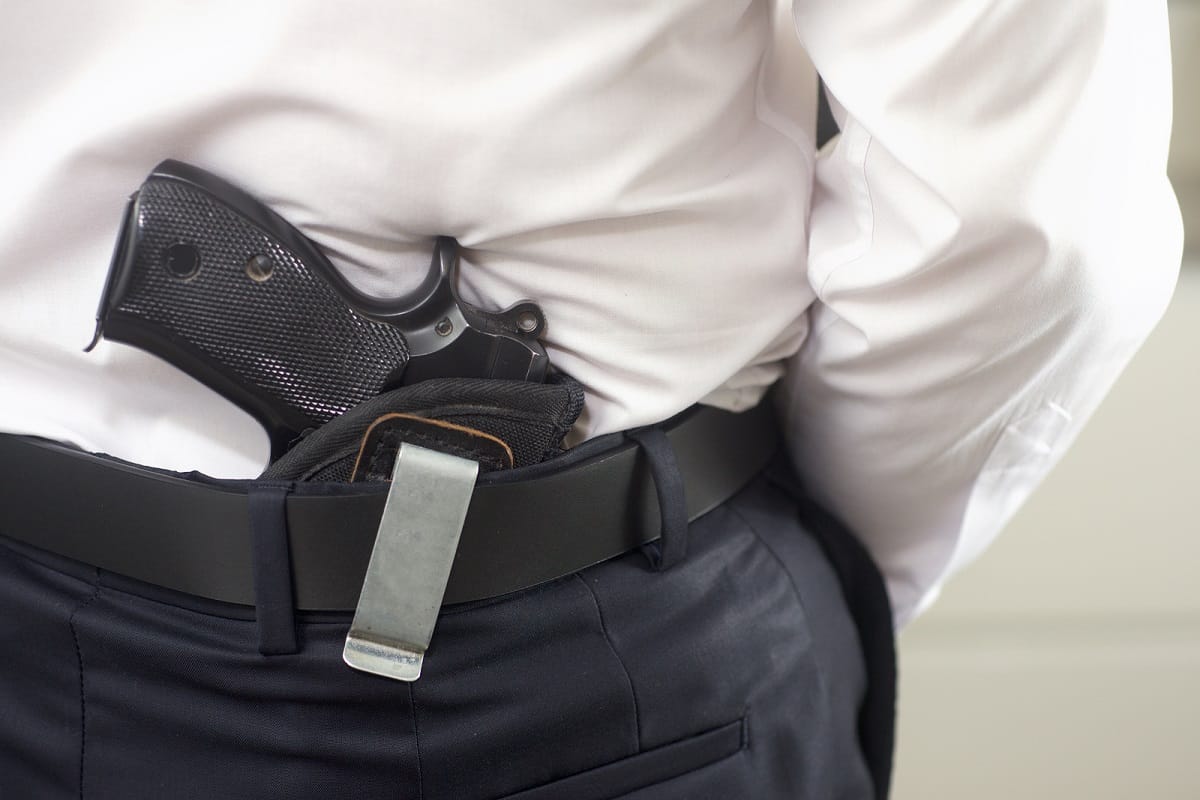 There are certain things that people consistently worry about while concealed carrying. Granted, a certain amount of concern is rational, necessary and proper, but the truth is that people can worry too much. This certainly isn’t to say caution should be thrown to the wind and that you can’t be doing things better; it’s not.

This is more to say that you can breathe a little bit easier about certain things.

A Little Printing Is No Big Deal 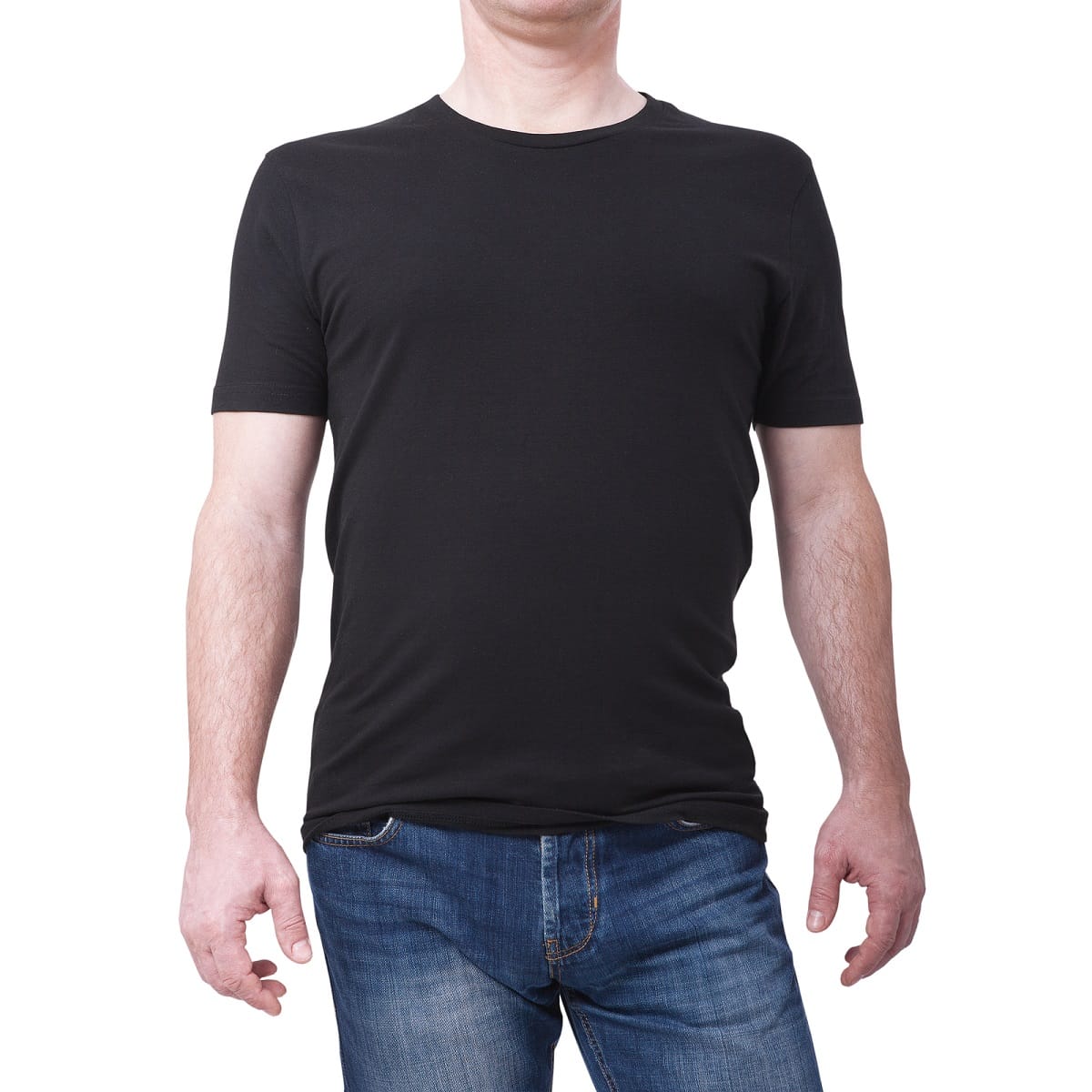 The first thing to stop worrying about as much is printing. A gun imprinting through one’s shirt is something that many concealed carriers are worried about. There’s certainly good reason; some people positively panic if they see a firearm and some jurisdictions are harsher than others on the definition of “brandishing.”

The truth is that as bad as you think you’re printing, and as bad as some of the peanut gallery on the Reddit concealed carry forums say some printing is, you probably aren’t. A bit of a bulge, maybe the point on a sight or the grip showing…honestly isn’t the wild display of a hidden pistol some imagine it to be.

It isn’t that you shouldn’t be concerned with printing or brandishing; in fact it’s a good thing to try and avoid. (There’s a great guide on how to avoid printing at the Alien Gear blog, in case anyone’s interested.) It’s more that what some think is wildly ostentatious is barely noticeable to most people, so you can take the worrying down a notch. 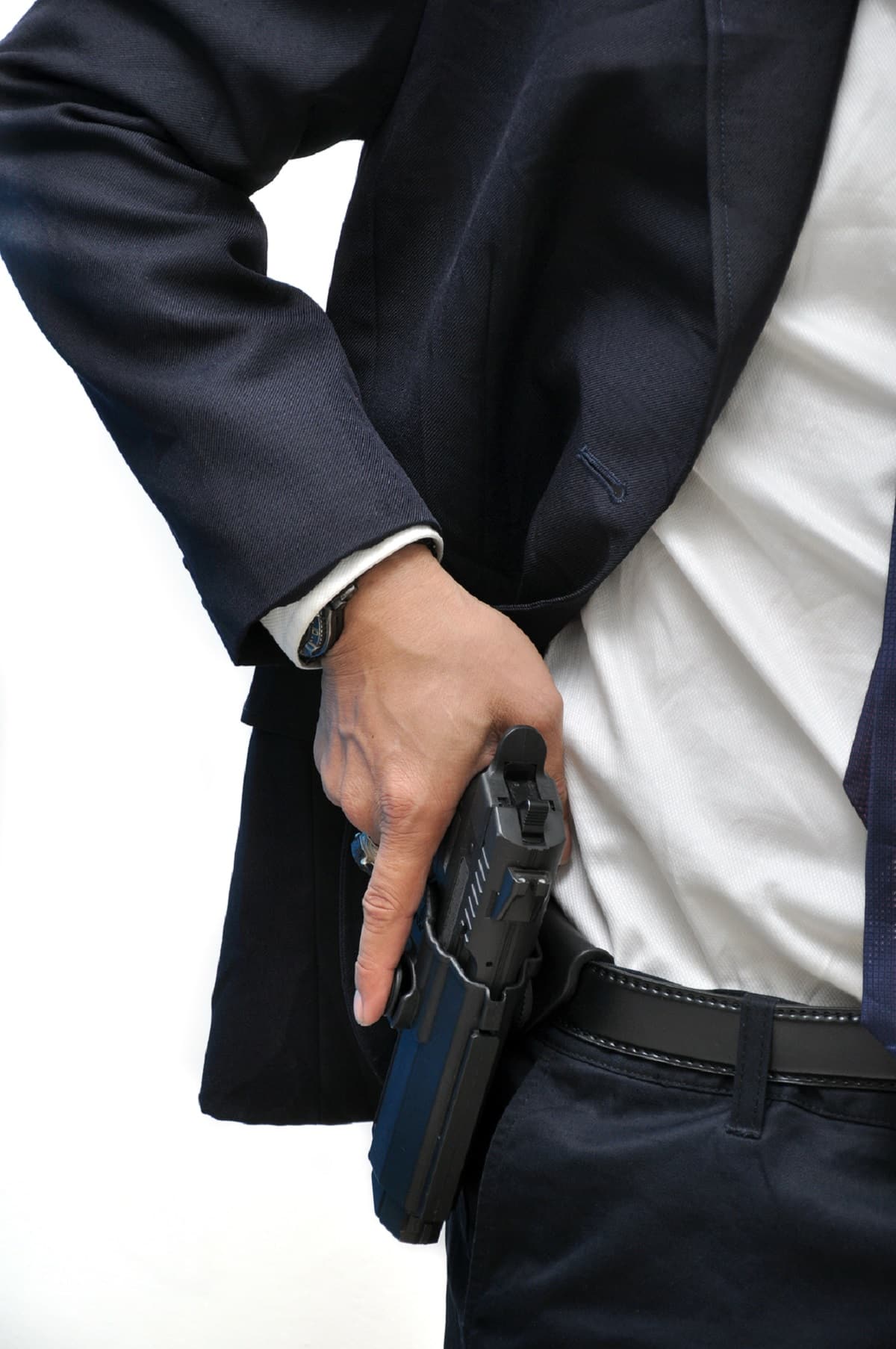 Some people prefer to carry in an outside the waistband holster, and with the right gun – a slim, compact pistol like a Walther CCP, M&P Shield or Kimber Micro – and the right holster, it’s actually not that difficult to carry concealed in this manner. With a good high-riding OWB and the right gun, you can conceal in shorts and a t-shirt in many cases.

Some people will also conceal OWB under an untucked, unbuttoned flannel or other shirt or under a jacket. On a nice day with no breeze, it’s easy and very comfortable indeed. However, a bit of wind…and you start to sweat a bit.

In either case, the concern is that it won’t take much to blow concealment. Move a bit in the wrong way or the wrong direction, and you’re showing your gun – much like the concern over printing.

The truth is that you don’t need to worry as much as you’d think. What dawns on many people not long after they start concealed carrying is that most people just aren’t paying that much attention. Outside of complete and utter displays of a holstered sidearm, very few people are looking at you for more than a split second.

Again, some jurisdictions are more hard-nosed than others, but for the most part…a brief flash of the pistol and/or holster isn’t going to attract much attention. 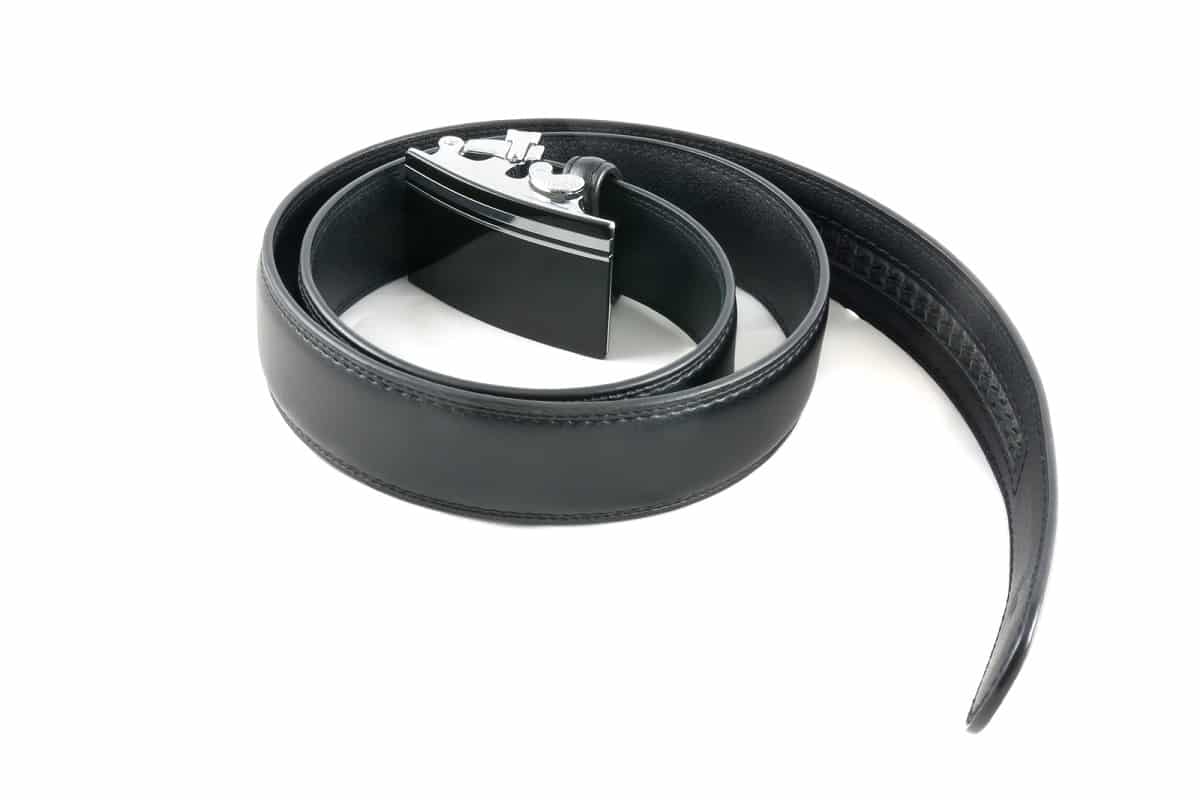 If you bothered to buy good gear, you shouldn’t have to touch your gun or your holster. This is why arguably the most important piece of kit is actually the gun belt. If you bought a gun belt that’s of the appropriate stiffness and strength to hold your holster and pistol, your gun and holster won’t move.

As a result, there’s no need to be touching them, even if you take a light jog across the street.

If you have to touch your gun/holster during the day, it’s either a sign of being a total rookie or that you need to invest in a better carry set up. For the most part, if you’ve bought a good belt and a good holster – and you don’t necessarily need to spend too much on either – then your gun’s position should be “set and forget.” 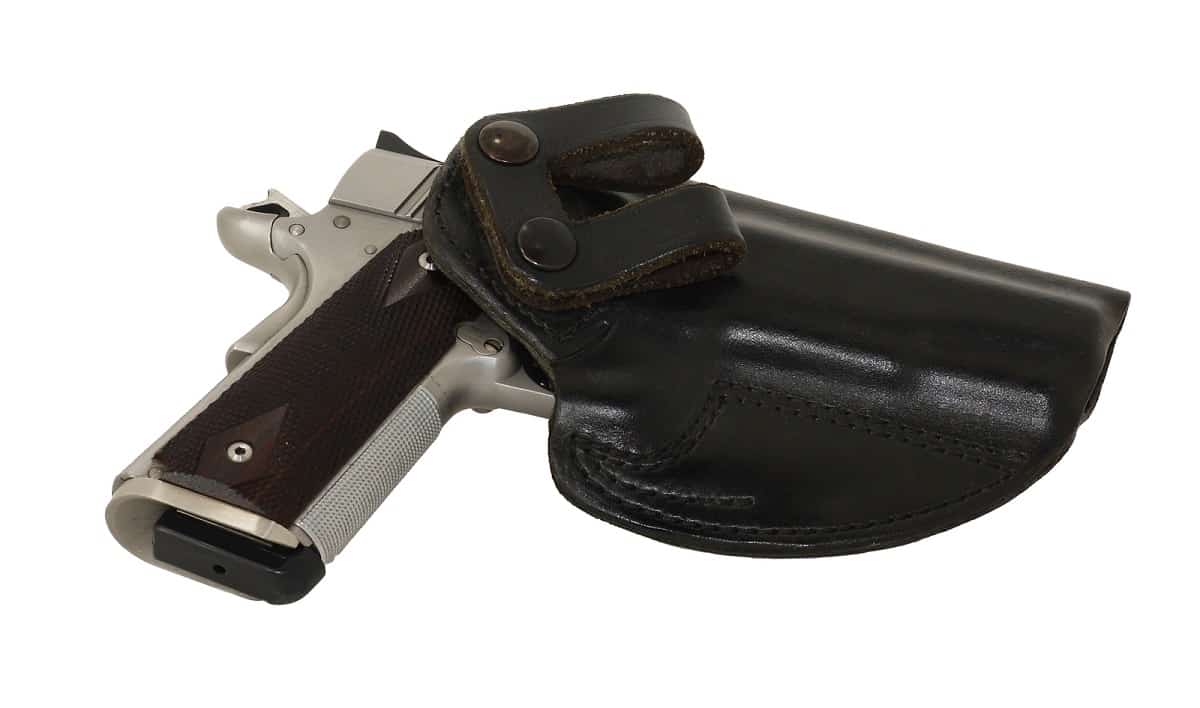 A corollary to the gun’s position is the manual safety. This is a point of some debate, as some feel manual safeties are unnecessary in this day and age/at all. Others feel that having a bit of redundancy is a good thing, especially in the event of a gun grab.

Most modern handguns have the failsafe of a firing pin block, so a discharge is only possible with a trigger pull. Furthermore, if you’re carrying a 1911, there is the additional failsafe of the grip safety. If carrying a gun of Series 80 design – and many modern 1911 pistols are – there is also the firing pin block, meaning a cocked and locked Series 80 1911 has three safety features engaged whilst being carried. If the thumb safety slips (which can happen, especially if carrying in a thumb break scabbard) the grip safety and pin block are still engaged.

As a result…no need to check the manual safety. Double-action pistols…the same story, especially those that have the Beretta/Walther/HK style safety that decocks as well as puts the pistol on safe. After unsafing, it’s still a double-action shot and THEN there’s the firing pin block.

In short, there’s little reason to check the manual safety so long as your gun is safely holstered. If you can’t be confident in the safety of your pistol, you need a new pistol or you shouldn’t be carrying.

Blending In With The Crowd – Using People As Camouflage

Blending In With The Crowd - Using People As Camouflage