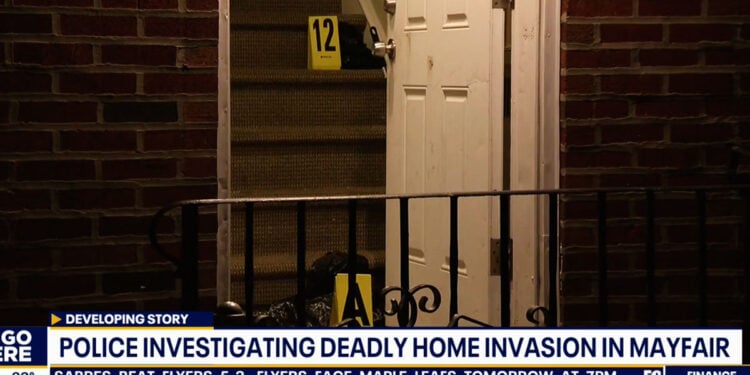 One suspect is dead, and another one is at large after an armed robbery goes bad…for the suspects.

A 25-year-old Philadelphia man was returning home around 10 PM last night. He backed his car into a parking spot and headed toward the entrance of his apartment building. Two men, one armed and posing as a cop with a badge around his neck, put a gun to the victim’s head and told him not to move or he’d blow his head off.

While in the entranceway, the two suspects zip-tied the victim. But they didn’t do a good job of it, and they also didn’t search him for weapons. When the armed suspect looked away, the victim was able to get out of the zip-ties, draw a pistol from his pocket and shoot him. He hit the suspect six times in the head and chest. The other suspect ran off.

When the police arrived, they found the suspect dead with the fake police badge around his neck. They also recovered the victim’s gun just for evidence. That’s why I’m assuming that the victim has a new Glock case in his hand while he’s giving an interview to the media. Remember, it is always good to have a backup concealed carry gun for this exact reason.

When asked if the victim was a licensed concealed carry holder, he said, “Yes, and everybody who abides by the law should get one.”

A Veteran Detective told the media:

“I’ve never seen it this bad, but this case is going to be 100% justifiable for sure. As bad as the mayor might think it is that the people are getting guns to arm themselves and fight back, here’s a case where the good guy is alive and the bad guy is dead.”

THE BEST DEFENSE IS TO GO ON THE OFFENSIVE, WHICH THE BAD GUYS NEVER EXPECT! SURPRISE MR CRIMINAL!!!!!!!