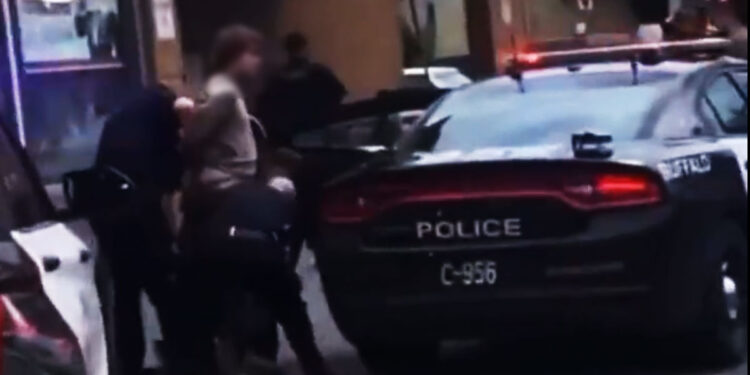 Evil can happen anywhere and at any time. And that is what happened today at a grocery store in Buffalo, NY. Around 2:20 PM, Buffalo police responded to a mass shooting at The Tops grocery store. As of this writing, reports state that 13 people were shot, and ten people were deceased from the shooting.

BREAKING: BPD on scene of a mass shooting at the Tops in the 1200 block of Jefferson Avenue. Police say multiple people have been struck by gunfire. The shooter is in custody. Motorists and residents are urged to avoid the area.

The shooter was an 18-year-old that apparently drove for hours to get to the grocery store. He was also live-streaming the incident to Twitch, a live-streaming service, from a camera, mounted to his helmet. The police have apprehended the suspect.

This is a video clip of him arriving at the grocery store.

I’m sure the rest will come out as time goes on…#Buffalo pic.twitter.com/L53uPo6F3s

This is a developing story, and we will update it as more information comes in.

Ironic that this took place in New York! A state with some of the most restrictive gun laws in the nation. Wonder if those who were shot were wishing that they had the capacity to defend themselves as this unfolded? If just one of those victims had been armed then there could possibly have been a very different outcome.

New York City is one of the most restricted not New York State. Very big difference.