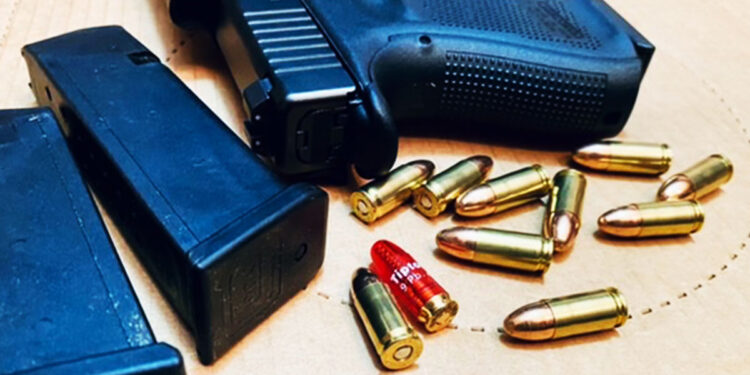 When we have learned a skill well enough, the skill can be layered underneath other tasks and still be executed in a skillful fashion. This level of skill is sometimes called automaticity, unconscious competence, or overlearning a skill. If you want to dive deeper into that specific topic, I would recommend John Hearne’s Who Wins, Who Loses, and Why presentation. The purpose of this post is to look at a drill that gives us a lot of task complexity while also having to shoot and run the gun. If we can shoot the drill correctly, get the hits we need to get, and meet the par time, there is a fair chance we have a good handle on at least this specific facet of shooting.

History of the Drill

The drill we are looking at is the 3M Drill. I was initially exposed to this drill from Karl Rehn’s and Jon Daub’s book, Strategies, and Standards for Defensive Handgun Training. It was one of the drills listed near the end of the book. As explained in that book, this drill originated with Larry Nichols of Burbank PD, was picked up by John Farnam, and then eventually by Tom Givens. Each instructor put their own little twist on it to fit their specific program. The version we are working with now is Tom Givens’ version.

The drill is a quick ten rounds. Over the span of those ten rounds, the shooter will clear a basic malfunction, perform a slide lock reload, move off line at each pause in shooting, and keep all rounds inside a useful target zone. The drill is shot at five yards, and the shooter starts with one magazine with six live rounds and one dummy round mixed in. You’ll need a second magazine of at least four rounds, but it can be more than that.

On the signal, the shooter draws the handgun with a side step and fires until they hit the dummy round, which should be treated as a fail-to-fire malfunction. As the malfunction is cleared, sidestep again, then continue shooting until the slide locks to the rear. As the gun is being reloaded, the shooter should sidestep again and then fire three additional rounds to the body and one round to the head of the target. The par time for all of the shooting and gun handling is 15 seconds. Anything over 15 is considered a failure.

Which Target to Use

The target can be anything with about an 8” circle for the high center torso and a reasonably sized head box. An IDPA target would be a natural choice, but there are others that meet the same criteria. It wouldn’t be too hard to just print off an 8” circle and then use a 3”x5” index card for the head in a pinch.

There is a lot going on in a short period of time with this drill, which is kind of the point. There are enough things to do other than shooting that to be successful at this drill, you have to be able to do the shooting without thinking about the shooting. If you have to think about the shooting part of this drill, other steps will get missed or will be performed incorrectly. This is why this drill, or perhaps more correctly test, has value for us. If we can perform all of the tasks correctly, odds are we know this stuff well enough that it just happens for us without pulling very much of our bandwidth, which is exactly where we want to be.

Give it a try, and let us know how it goes in the comments. Do work, get better, and never let the learning stop. That is what this is all about.