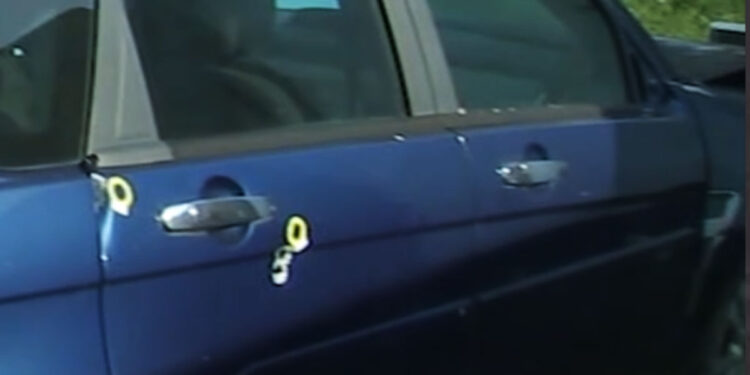 Just East of Houston, TX, a 17-year-old shot and killed two of the four men that attempted a home invasion Friday night.

Sheriff Ed Gonzalez said three armed men tried to break into the home, but a surveillance video provided by ABC13 clearly shows four men getting out of a car and heading towards the house, not three.

A 17-year-old boy inside the home grabbed a shotgun during the home invasion and opened fire, striking two of the masked men. When police arrived, the two men that were shot were dead outside the home. The two remaining men managed to get back to their car and flee the scene.

Looking at the size of holes in the shed and the holes in the parked car, the shotgun was not loaded with birdshot. 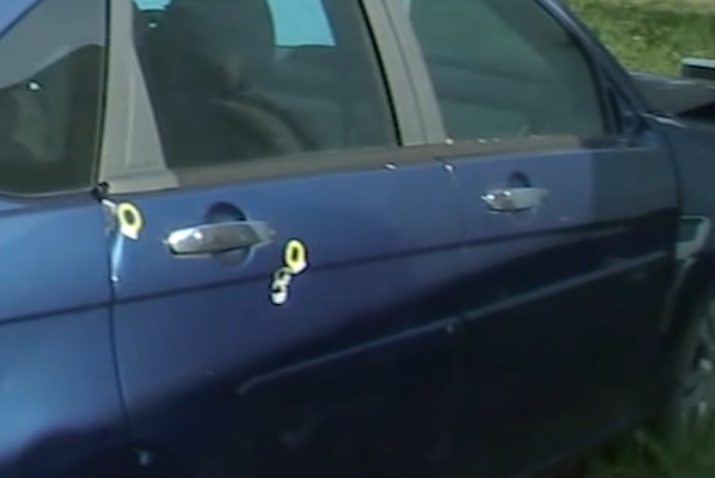 Sheriff Ed Gonzalez says an adult woman, a 12-year-old boy, and two 17-year-old boys were in the house during the attempted break-in, but no one was hurt.

Gonzalez tweeted, “Last night in Channelview at the 16000 blk of First Street, three adult males attempted to force entry into a home. The males were armed and wearing masks. I occupied the home by an adult female, 12-yr-old male, and two 17-yr-old males. One of the 17-yr-old male occupants retrieved a shotgun and discharged it several times striking two of the suspects. Both males were pronounced deceased at the scene. The 3rd suspect fled in a dark colored, 4-door sedan. There were no other reported injuries. The case will be presented to a grand jury.”

Last night in Channelview at the 16000 blk of First Street, three adult males attempted to force entry into a home. The males were armed and wearing masks. The home was occupied by an adult female, 12-yr-old male, and two 17-yr-old males. One of the 17-yr-old male occupants 1/3 pic.twitter.com/6O8fRyoHFc

A shotgun can make a great home defense weapon, and if all four men were armed, it helped to even the odds. Instead of a four-against-one shootout with handguns, a few well-placed shots brought this deadly encounter to a quick end. The entire incident, from when the thugs got out of their car until the two remaining ones returned, lasted less than two minutes.

It is a tragedy that a young man had to defend his family like this, and hopefully, he understands it could have turned out differently by him losing someone he loved.

Why a Shotgun for Home Defense