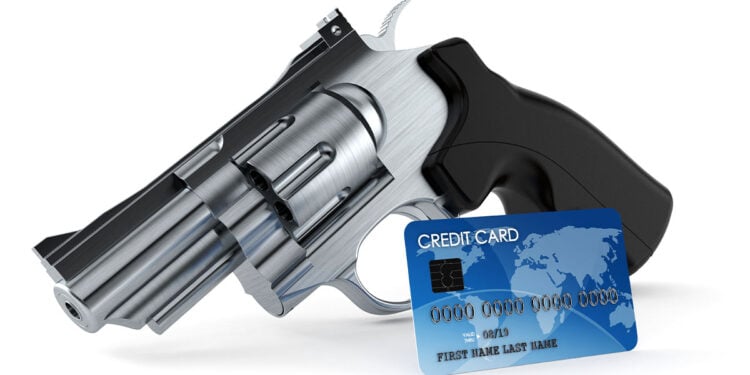 Last week, the credit card industry got a new category from the International Organization for Standardization (ISO) for merchants to track firearm purchases.

Having owned a business or two over the years, I got to wondering about how this new tracking of your gun purchases by your credit card use is supposed to work.

The ISO establishes categories for businesses, and last week it decided it would add one for the firearms industry. They have a system of merchant category codes (MCC) that are used by credit card processors and assigned to businesses based on the “predominant business activity of the merchant.” The coding system was designed to track the merchant type, not the category of the product sold. Gun store stores are usually classified under categories like “miscellaneous” or “sporting goods.”

With the new code, your “gun” purchase could be lumped together with your scope or your new compound bow because the MCC does not drill down to individual items. If you go to a store that sells all kinds of outdoor equipment, does that mean your new thermal scope and gun safe look like you bought a new gun collection?

“The new code will apply to all purchases at gun and ammunition stores, though firearm purchases at other types of retailers won’t be captured separately.”

“This is a smart, common-sense measure that will track suspicious gun and ammunition sales — saving lives and making our cities safer.”

Can someone explain the “common sense” that is being used?

There are so many flaws and unanswered questions. Where do we start?

What would trigger a warning, and who decides what the trigger is going to be? Could it be based on how much you spend? If so, what is the dollar amount when the system flags you as having spent too much? Some people might say spending $1k on a gun is too much, while others might spend that much on ammo for a range day.

Credit card companies look for things that are outside your regular spending habits, so if you buy a gun for the first time, is that going to set off a warning to someone because it is outside your typical spending pattern?

Imagine being on vacation in Nevada for your birthday, and you decide to go all in for a trip to a range to shoot some full auto machine guns. Oh heck, it’s your birthday, so go get the helicopter mini-gun package. For $3700, you can shoot a mini-gun out a helicopter door, then blow another few thousand for an attorney because you got flagged for spending too much on firearm-related items.

I reached out to Mark Oliva from the National Shooting Sports Foundation, and his comment sums it up:

“The International Organization for Standardization (ISO) approval to create Merchant Category Codes for firearm and ammunition purchases is flawed on its premise. Those authorities that have been clamoring for these codes claim this will assist law enforcement to uncover suspect purchases without specific criteria to define what would be considered suspicious.”

Ironically, the organization with “Standardization” in its name did not create a “standard” for anything they created a catch-all category with the potential for abuse. This new coding system will do nothing but confuse people and create a lot of false alarms.