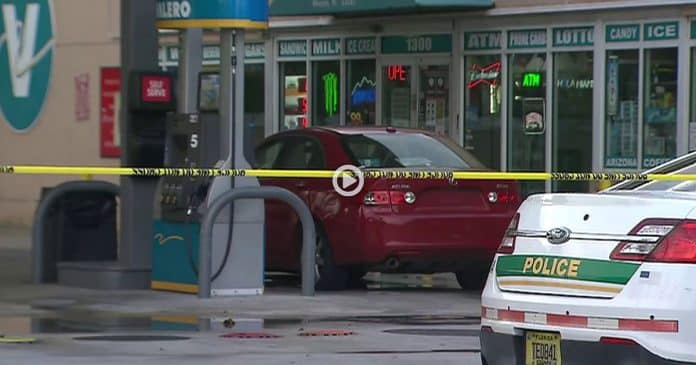 It’s no secret that convenience stores are common targets for robberies. Usually, they occur at odd hours when customer traffic is low and there are fewer witnesses but that’s not a hard rule. A Miami-Dade County Valero gas station was the site of an attempted robbery at about 7:00 AM about a week ago.

What’s odd about that is it happened right in the middle of the morning work rush. But there was a 23-year-old woman prepared to defend herself against the attack. Local 10 reported that she shot the suspect multiple times.

The suspect was transported to a hospital in critical condition.

There are no other details about this incident so I’ll just say that this is why some people choose to carry. You just never know when life threatening situations will occur. This young lady likely had no idea she would need to defend herself that morning. It’s like wearing your seat belt. You have no concerns about being in an accident when you leave your home but you put it on hopefully out of habit so you are prepared for the worst should it happen.

If you are carrying out of fear you are doing it wrong. You carry to be prepared for the worst should it choose to come your way.