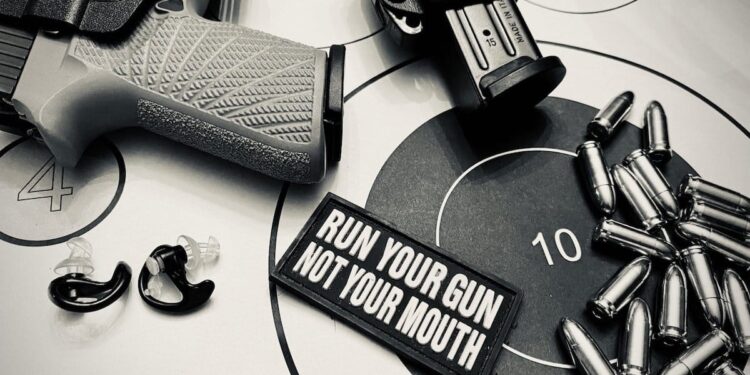 Shot timers are not cheap. They will run at least $100 for a decent one, and up from there. While $100 isn’t a show stopper, it can be a significant hurdle. Especially when budgets are tight, and ammo cost three times what it did a year ago. Here are some drills that don’t require a shot timer to hold you over until you eat enough Ramen to afford one.

There is a drill out there called the Bullseye 3-Way, or the 300. It is an abbreviated version of “The Humbler,” or 700 point Aggregate. The 300 is three strings of fire of 10 rounds each shot on a B-8 target from 25 yards. One string is shot freestyle, one strong hand only, and one weak hand only. The actual point value is the score, a max of 300. Hence the name. It is a beast of a drill.

Weak hand only from 25 yards on a B-8 is serious business. The modified version is my own adaptation of the drill to make it more accessible to different skill levels. The strings are still the same; just the distance is adjusted. The freestyle string is at 25 yards, the strong hand only string is at 20 yards, and the weak hand only string is at 15 yards. Quite honestly, the standard 300 is hard and can be a bit demoralizing. This modified version still isn’t a cakewalk, but hopefully, more people will find it useful.

Without a shot timer and unable to track our time, our focus shifts a bit to drills that work different skills. Like reloads. Most of the time, when working reloads with a timer, they are reloads that are planned. We know we are going to shoot, however many rounds and then reload. It checks our raw speed. Really though, we probably aren’t going to know when we need to reload. It is just going to happen.

This drill is about having to recognize a reload is needed and then execute a quick reload without notice. To pull this off, we need the gun to run dry without knowing exactly when it will happen. One way to accomplish this is to load our magazines with varying numbers of rounds. Draw and fire 2-4 rounds each rep. Eventually, we will run through what is in the magazine and have to reload. Always fire at least 2 rounds after the reload. This helps keep us honest and makes sure we are getting back on the gun correctly. Keep a high accuracy standard, too, like a 6” circle at 7 yards or so.

Another way to run this drill is to fill the magazines up and then tactical load magazines every 2 or 3 reps. The round counts get mixed up and difficult to track. Eventually, we will run a magazine dry, then reload. Surprise reloads should make us engage the brain a bit more and is a more accurate representation of what we might actually do with a for-real unexpected reload.

Wait, how do we track speed without a timer? We miss. If we don’t have a timer to use, it limits our reference frame, but that doesn’t mean we cannot work on getting faster. For that, we will use what is called a Progression Drill. The first rep, we will draw and fire 1 round. Second rep, 2 rounds. Third rep, 3 rounds. Rinse and repeat until we get to 5 rounds. Once we hit 5, we start walking it back, 4, 3, 2, & 1. That is a full progression drill. We can repeat the process as long as our life savings will allow before running out of ammo.

If we are trying to build speed, we need to push against our current speed threshold to get faster. We don’t have to actually know specifically how fast we are going to do this. What we need to know is when we are going too fast. We can do this by tracking misses on a reasonably sized target, typically no larger than 8”. The general rule is that when building speed, we want around 10% of our fired shots to miss. This means we are just beyond our capability but not going crazy with it. So for a single pass through a progression drill, that is 2-3 misses. Any more than that, and we are letting it get away from us. No misses, and we aren’t pushing hard enough.

Now, we need to run ourselves on a timer to at least get a benchmark, but that doesn’t have to be today or even this month. Just eventually. Then do more work. Then recheck our time. If you find a buddy with a timer, that would be good enough.

There you have it, three drills for everyone who doesn’t have a shot timer. No more excuses. Get after it. Well, if you have ammo anyway. 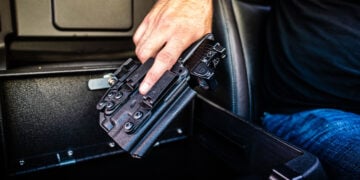