by Mark Ehlen
in Articles, DGU
1 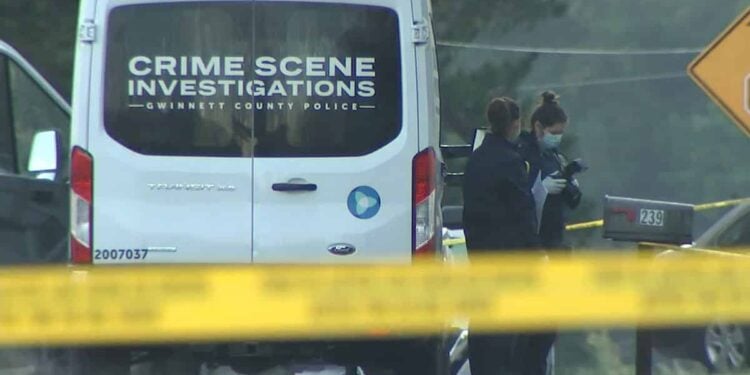 A Georgia man invites a 27-year-old woman into his house one evening. The woman is from Milwaukee, WI. The relationship between the two is not yet known but late into the evening the woman pulled a gun and attempted to rob the man and she shot at him as he attempted to run out of the home.

The woman then left the home but soon returned and tried to gain access again by breaking a window next to the front door. The man retrieved his own gun and shot her as she came through the door. She retreated to her car across the street from the home where police found her dead. The shooting occurred at about 3:00 AM.

The man cooperated with police and it was determined that he acted in self-defense and was not charged. Original story reported by WSB-TV 2.

Be careful who you invite into your home. It seems plausible that these two may not have known each other prior to that night but that’s just speculation. One wouldn’t expect someone you knew well enough to be in your home that late into the night to try to rob you at gunpoint. Still, there are crazies out there.

With the proliferation of dating apps out there it might be good to remember that you really don’t know the person you’ve just met online and that it’s best to arrange your first few meetings in a neutral public place. This advice is usually addressed toward women but clearly, danger can come from either sex.

As far as the self-defense aspect of this one, it seems pretty clear that anyone who has already taken shots at you as you are trying to flee and then attempts re-entry into your home by breaking a window to unlock your door would be an imminent threat.

By the way, do you have a window next to your door that, if broken, would allow easy access to the door’s deadbolt?

Prudence in Acting to Defend Home and Property 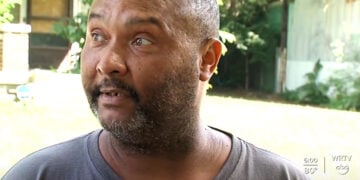 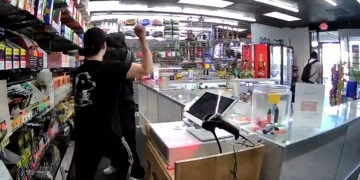 Was This Store Owner Justified in Stabbing Suspect 7 Times?