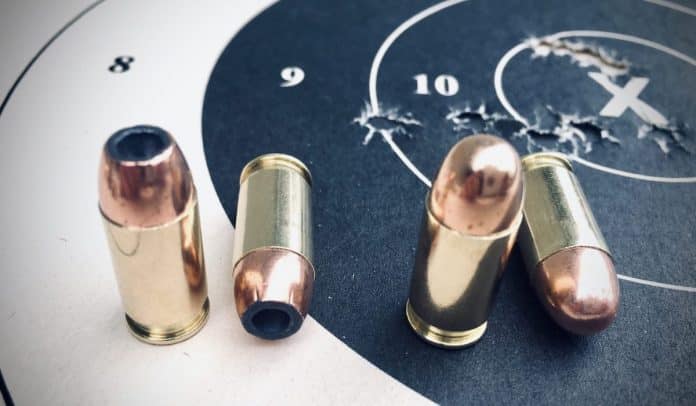 Normally when we think of debates over what type of ammunition is the best for self-defense, we think of caliber wars. Stuff like 9mm vs. 45 ACP, .40 S&W vs everything, your favorite caliber vs my favorite caliber. This time though, we are sticking with one caliber, the .380 ACP, and debating Full Metal Jacket (FMJ) vs Jacketed Hollow Point (JHP).

Usually, this is a no brainer, always JHP (although we may disagree on which one). With .380 though there are two points of view here. One says use FMJ because penetration is king and any expanding JHP may not penetrate deeply enough to get the job done. A fair concern. The FBI recommends at least 12” of penetration in calibrated ballistics gel (not the same as the very popular clear ballistics gel). While we can debate that standard, we would be wise to remember they learned that lesson through the blood of FBI agents. It has been the standard for a few decades, pretty much unchanged. I would say it has pretty well stood the test of time. I will accept it as a reasonable standard.

Other than penetration, FMJ has a couple of other advantages in .380. For starters, it is cheaper. Cheap enough that I can basically shoot my carry ammo all the time. Recoil stays the same, point of aim/point of impact stays the same, and reliability can be confirmed over and over again. With the rounded profile of FMJ, it also tends to feed better in the sometimes finicky micro blasters that most .380 handguns are.

On the other hand, with the wider market acceptance of the FBI’s ballistic gel standard, ammunition manufacturers are trying their best to tailor .380 loads to meet that basic standard. I don’t know that any are quite there yet, but they are getting close. Finding the balance between expansion and penetration in the powder puff .380 is a pretty tricky act to pull off apparently. What the JHP loads really offer is better overall reliability and accuracy through better quality control processes. As an extra bonus, even if they fail to expand, or fail to expand very much, they have sharp edges that tend to cut tissue a little better. Things like sealed primers, higher quality components, and more careful construction pay dividends when it comes to putting bullets on target when it really matters. Where JHP may suffer is that they may or may not feed well depending on the handgun. That is why Hornady’s XTP tends to be a popular choice. It seems to feed in almost anything.

So, which is really better for a .380? Full Metal Jacket (FMJ) or Jacketed Hollow Point (JHP)? I am going hedge my bets and say JHP is better because of the better build quality and better QC. I will take the consistent reliability and improved accuracy over guaranteed penetration. If I am really that worried about under-penetration, I will pick a JHP that I am pretty sure won’t expand. Most importantly, ensure reliability in whatever gun is going to be running it. Ideally, that looks like at least 100 rounds of carry ammo through the gun without a single hiccup of any type.

What do you guys think, FMJ or JHP? Let us know in the comments, and tell us why.