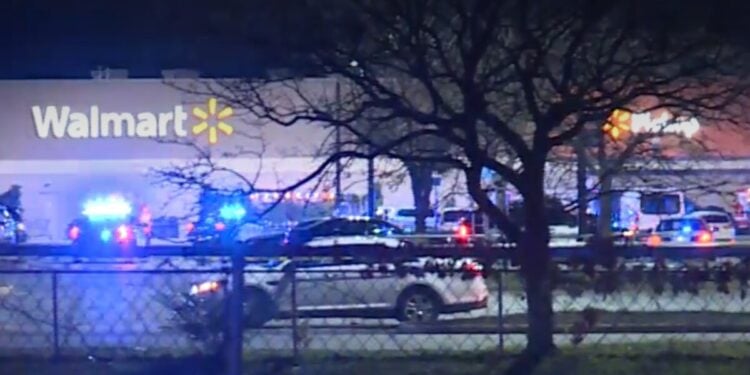 UPDATE @ 12:32 PM EST — Police say a total of 6 people were killed in last night’s mass shooting at a Walmart in Virginia. The suspect is also deceased and is said to have been an employee at the store. Police also said during a press conference that the suspect used a handgun in the attack.

CHESAPEAKE, VIRGINIA — Police responded to an active shooter at a Walmart location this evening, where they found multiple fatalities and multiple injured people.

Calls to the police started coming in at 10:12 pm local time. The store was still open during the shooting.

Police confirm that the suspect is among the deceased.

An employee, who posted a Facebook Live video immediately after the incident, indicated that a manager of the store was responsible for the incident and opened fire on employees. These reports have not been confirmed by the police.

Police provided a brief update on the incident, which can be found in the video below:

#UPDATE A Chesapeake police spokesperson tells us at this point he believes no more than 10 people have died. It’s unclear if the shooter was an employee. The shooter is now deceased. Officers are walking through the Walmart super center checking for victims. @WAVY_News pic.twitter.com/gZs4CDV0q8

Republished with permission from Concealed Nation.