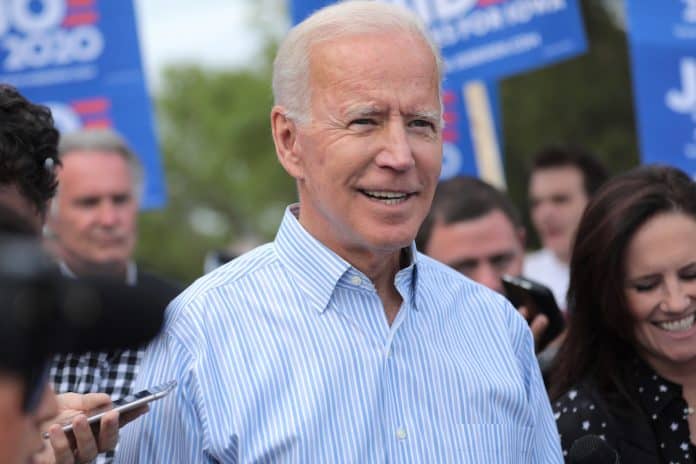 Let us, for the moment, set aside idle fantasy or paranoid musings of “Red Dawn”-like scenarios to one side and instead concentrate on reality. What we know for sure.

And it doesn’t take much to figure this out:

It isn’t likely that any major gun legislation is happening any time soon. In fact, it wouldn’t be far-fetched to surmise that it wouldn’t be passed during his first term.

In other words, exactly what our actual gun rights are right now (meaning what the law and the courts say our gun rights are, not what you or I or anyone think they are or should be) is in all likelihood safe…for the moment.

Let’s talk about some reasons why.

Sure, a Democrat has been elected to the White House, but does that mean they’re coming for our guns?

Even if they intend to, Biden, Harris and the rest are going to have some bigger fish to fry when they assume office.

For starters, the COVID-19 pandemic is not only not over, it’s getting worse.

According to the COVID Tracking Project, whose data is used by the White House as well as every news service you can name, there are 10.27 million cases of COVID-19 in the United States as of Nov. 11.

The increase is not due to more testing; new tests, if you look at their data, increased at a faster rate than new cases. More people are getting infected. More than 144,000 new cases were reported on Nov. 11, the current single-day record, which will be broken.

In other words, it isn’t getting better, it’s getting worse, and that’s going to be a far bigger priority.

Some job growth has occurred, despite the pandemic, but it’s almost entirely concentrated in the retail space, which is hardly a good long-term job prospect.

The point here? Joe Biden takes office with a pandemic to curb, and the looming prospect of a potential recession caused by it. Gun control…is not going to immediately be a priority.

The ‘Rona (of the colorful nicknames, “bat soup croup” is probably my favorite) and jobs are the 800-pound gorilla in the room and must be dealt with first.

In other words, he sure made some campaign promises about guns but there are some other items on the docket that are really big issues. Gun control…is not likely high on his list of priorities.

Congress Is Not His Friend

The houses of Congress are not packed with Democrat allies, willing to pass whatever legislation president-elect Biden wants to see passed and see his vision to full fruition.

As of this moment, 33 of 35 senatorial races have been called as have all races for seats in the House of Representatives.

The house is divided, almost evenly, and not fully to his advantage.

At the moment, Republicans maintain a slight majority in the Senate (50 to 49) which is enough to frustrate any efforts to ram any legislation through, especially since any Democrats from traditionally conservative states who want to hold onto their seats.

The House is slightly more favorable to him, but not by much. At the time of this writing, the Democratic majority has endured this election cycle but has lost ground, with an advantage of fewer than 20 seats.

That’s an advantage of less than 5 percent; a razor-thin margin.

And remember, folks…mid-term elections are 2 years away.

In other words, while he has a bit on his side, it isn’t much and may not last. One-third of the Senate and the entire House of Representatives is up for re-election in 24 months, and a lot of people might be looking for revenge over the loss of their beloved Commander in Cheeto.

Oh, and in case you hadn’t noticed, the Supreme Court is stacked with conservatives. The more conservative justices have a 6 to 3 advantage…but bear in mind that Justices Alito and Thomas are both over 70.

Don’t Panic, But Do Not Become Complacent

The point here is not that a Joe Biden presidency is no big deal, but instead to calm down a bit.

Is it the case that we have nothing to worry about?

Joe Biden has proposed some absolutely terrible “gun reforms,” none of which are related to ameliorating or attenuating gun crime and all of which are devoted to making guns harder for the law-abiding citizen to buy…who commit hardly any of the gun crime.

It is, however, to say that there’s good reason to not panic. He has some much bigger things on his plate upon assuming office and has little advantage to enjoy in Congress, which – of course – is instrumental in passing any legislation needed to further his agenda.

Don’t panic…but don’t become complacent. It’s time to start taking what action we can to fight for our Second Amendment rights.