Self-Defense Against Animals: What Are the Rules? 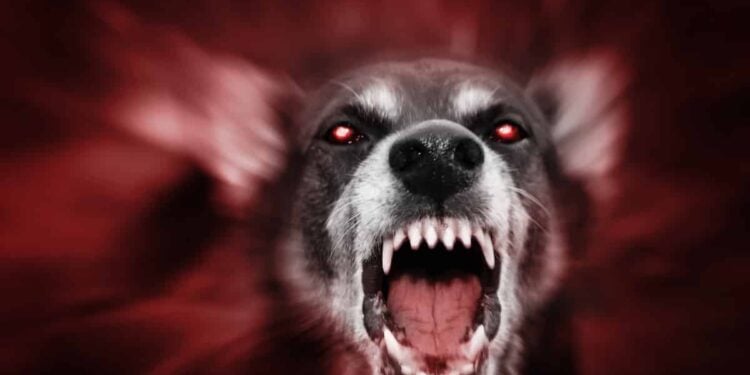 The majority of self-defense training focuses on defeating a threat posed by the most dangerous species that roam the earth; humankind. However, there is no denying that furry creatures also pose threats far more often than many realize. Animals, both domestic and wild, maim and kill quite a few people every year. Defending yourself against a threat of the furry variety proves quite different from a human attacker in many ways, both tactically and legally. What are the rules?

Note: this is not legal advice, and I am not an attorney. Here, I offer some of the relatively universal principles to consider concerning defense against animals.

What animals actually pose a threat worth your consideration? The answer is based primarily on where you spend your time. If you live in a rural woodlands area, you may face danger from large predators like bears and cougars. If you live in an urban or suburban setting, your primary animal concern may be domestic dogs. In either case, such animals can assuredly pose a deadly threat to a human being. Bears and large cats should be obvious in this regard, but many people discount a large and aggressive dog’s actual capability. Large dogs have very powerful jaws and can do excessive damage by biting and tearing.

Also of concern is defending other innocent people. Dog attacks on other people, particularly children, need to be handled with an immediate force response. While a lethal response may be required, less-lethal tools can often work well to dissuade a dog or another animal that is aggressively approaching to attack. OC spray has a fairly good track record in discouraging dogs and other animals. As with humans, however, spray cannot be counted on to be effective, and a particularly aggressive dog may power right through it.

Another significant consideration regarding animal attacks is the nature in which they attack. If you need to shoot a dog attacking a child, for example, making such a shot is fraught with peril as the dog typically ends up on top of the child or attached to the victim in some regard. A contact shot may be the best option or resorting to an edged weapon. While such considerations may not be foremost in the world of self-defense, thinking through these possibilities before you face such a situation is sound.

The Legality of Using Force on Animals

First, the justification for using force against an animal is not necessarily different from that used against a human adversary. There must be a reasonable fear of death or grave bodily harm. One can certainly argue that resorting to force earlier when facing an animal threat as homicide is not the possible outcome. But I would suggest that shooting an animal, particularly a domestic pet that belongs to somebody else, should not be taken lightly. You want to articulate the need to act with force as you can absolutely face charges for killing another person’s dog or other pet. While there will not be a charge of homicide, there are many severe charges that can be brought against the defender.

Killing a domestic animal, if not justified, can result in a charge of animal cruelty. It can also result in charges related to discharging a firearm in city limits or reckless endangerment of some kind. If facing an attacking animal while anywhere close to other people, be sure to avoid taking warning shots. Just as this is a bad idea when facing an attacking human, so it is a bad idea when facing a dangerous animal, unless in a remote area where firing the weapon will have no legal ramifications or pose a danger to others.

Likewise, the use of force against wild animals is hardly without consequence, leading the prudent individual only to use deadly force if warranted. Some predator species, such as Grizzly Bear, are protected in many states, and killing such a protected animal holds severe legal consequences. Obviously, defending oneself or another person from an attacking bear is legitimate self-defense. Still, short of acting in true self-defense, killing such animals should not be taken lightly. Know the laws as they apply to the animals that could pose a danger to you in the environments that you frequent. Common species like coyotes are rarely protected, yet grey wolves are almost always protected as endangered species. The penalty for killing a coyote in most places is essentially non-existent, yet killing a protected Grey Wolf is a significant crime. Know the laws.

Generally, with domestic dogs or other pets, you are legally justified to shoot such animals in rural environments if they are on your land and attacking your livestock. This typically applies to wild predators, though you must know if a particular species is protected and endangered. Common predators like coyotes, nuisance animals such as wild pigs, and domestic dogs alike can typically be killed if they threaten livestock or human life on your property. Once again, I would urge caution even in this regard when it comes to domestic animals or endangered species, and be sure that you act only in justified defense if needed.

The Principle to Abide By

As discussed, using force against animals falls short of a homicide charge but is hardly free of consequences. Therefore, the overriding principle concerning the use of force with animals should be similar to using force against human beings: it is only justified if necessary. Most would agree that animal life is not as sacred as human life, but it is hardly inconsequential. No well-adjusted human being would want to kill a domestic pet for little reason, so using force only if necessary is the rule to abide by. Likewise, know the law as it applies to wild predators in your vicinity, and use force only if necessary for self-defense.

Worried About A Joe Biden Presidency? Why Gun Rights Are Probably Safe…For Now

Worried About A Joe Biden Presidency? Why Gun Rights Are Probably Safe...For Now