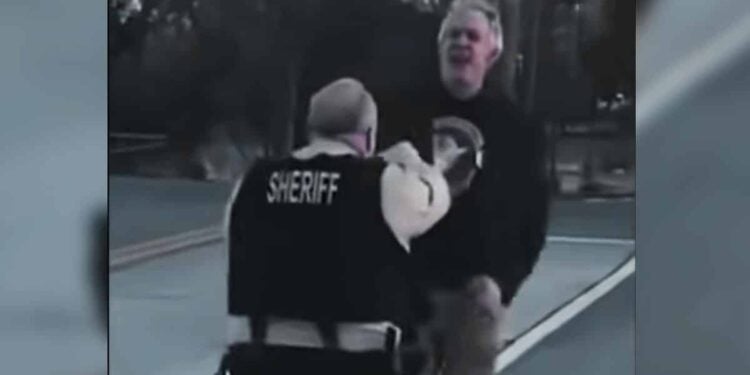 I am, quite frankly, surprised by the misconception among most shooters that handguns stop people quickly. The recent incident in Maryland, in which a deputy shot a man who was attacking him with a stick (Warning: Graphic Video), twelve times before the assailant went down, blew the minds of many people, even among concealed carriers. However, the well-established fact is this: such handgun performance is the norm, not the exception.

Most people are quite ignorant about wounding ballistics and were quick to jump to the conclusion that it was obviously 9mm being used because any round that starts with a “four” would not have served up such a failure. This line of thinking is utter nonsense. I can provide numerous incidents as examples of criminals simply not stopping quickly when being pummeled with bullets from larger caliber handguns. While modern defensive hollow point ammunition is far superior to ball ammo, the handgun is simply not a powerhouse weapon that is capable of fast neutralization: unless of course, the criminal wants to stop, or is made to stop with a shot to the central nervous system; those are the only two factors that will lead to a quick neutralization from handgun bullets.

Any medical professional will tell you that the human body is easy to kill, but is difficult to stop quickly. People who are, literally, dead on their feet due to sustaining fatal damage to blood vessels can stay ambulatory for seconds, if not minutes, and do tremendous damage to innocent people in that time.

Michael Platt, the primary adversary in the infamous Miami, Florida shootout between FBI agents and bank robbers in 1986, took a dozen hits in the course of the gunfight that lasted only a few minutes; the first hit he took was fatal, severing a major artery to his heart. He managed to kill two FBI agents and wound five others before being stopped. In 1997, officer Peter Soulis had a shootout with a man during a traffic stop; the assailant absorbed twenty two rounds of .40 S&W, seventeen of which hit him in the body cavity, before he gave up fighting. These are only two examples in a list that can go on, and on, and on.

So, why does this happen?

The reality is, handgun rounds of any caliber are not capable of rendering quick incapacitation on a determined human being unless the projectile directly disrupts the central nervous system with a hit to the spinal column or deep brain. Most “stops” are physiological as the individual who takes a hit decides fighting further is not worth it. The reason that such incidents of criminals absorbing a lot of gunfire happen primarily to law enforcement officers rather than armed citizens is due to circumstance; a shootout with police officers will end in imprisonment if the criminal surrenders. A shootout with an armed citizen is best resolved by fleeing the area as quickly as possible rather than get killed or wounded and end up in prison. Thus, criminals usually run when a civilian resists with gunfire, but not always.

Preparing for the worst is, typically, the best policy when approaching the topic of handgun “stopping power.” Accept the fact that the only way to shut down a threat that intends to fight through the intimidation factor of gunfire is to hit something in the body structure that will lead to a rapid “involuntary” stop; the only ways to accomplish this is with nervous system interruption (difficult to do) or through exsanguination (blood loss). Exsanguination is the most likely avenue of incapacitation with handgun rounds, but even when the most essential blood vessels in the body are ruptured this incapacitation takes time. Some law enforcement agencies teach their personnel to be prepared for twelve seconds of fight from a determined criminal even after the heart is destroyed as enough blood pressure remains in the brain to facilitate this. Therefore, short of a spine or brain hit, multiple shots to the thoracic cavity, to inflict massive bleeding, is the best way to stop a threat as quickly as possible.

When analyzing the actual size of the human anatomy that will deliver rapid incapacitation it becomes clear that most traditional paper targets are far too generous; the down-zero zone of an IDPA target, or the A-zone of a USPSA target, are much larger than is the effective incapacitation region within the human thorax. On a human that is facing you straight on, think of a triangle with on-point touching the left nipple, one point touching the right nipple, and the top point touching the clavicle notch. That is, essentially, the zone you need to inflict damage on if you want to induce a rapid stop through blood loss. Even with rounds placed within this zone, expect continued hostility for a period of time.

The complications of exsanguination lead to the pressing need to go for headshots when facing a determined attacker. When shots to the body cavity fail, even if made to the aforementioned triangular region in the upper chest, the best tactic tends to be going for the head, if that shot is available. However, here the target area is much smaller than what most people expect. A headshot is not simply a matter of hitting anything on the head; there are many examples of incidents in which handgun bullets, and even rifle rounds, have deflected off the rounded and resilient structure of the skill. In order to slip a round into the region of the brain stem, the ocular cavity should be the target. Rather than “aiming for the head” the actual target of high-percentage effectiveness is only about a four-inch region; think of an upside-down triangle that points to the left and right eye, and the tip of the nose. This region offers an opening in the otherwise resilient skill structure.

With the limits of handgun effectiveness in mind gear your training accordingly. While speed is of great importance the demand for accuracy should be self-evident. Rather than aiming for “center mass” or other such vague concepts, practice putting bullets in the small target areas of the human anatomy that yield results in the real world.

Home Invader Comes Back for More; Gets Shot By Victim

Domino’s Driver Fights Back After Being Robbed and Pepper Sprayed

Domino’s Driver Fights Back After Being Robbed and Pepper Sprayed