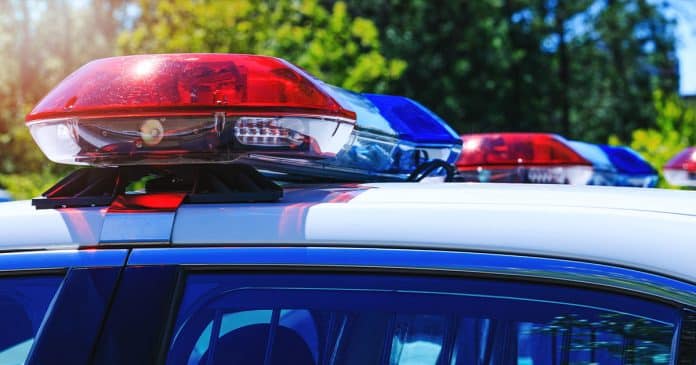 While this story ends well with no one injured, good guys, or bad guys, there are a few takeaways from this story that can help us learn from it.

An Alaskan man was at a gas station on a recent Friday morning getting his usual breakfast and energy drink. That’s when a 17-year-old man walked in with a knife in his hand and attempted to rob the business. The man witnessing this did not have his firearm on him. It was in his car. (Mistake #1)

He then put his breakfast and drink down on the counter and snuck out of the gas station to retrieve his pistol. As he got back to the entrance, the suspect turned to look at the now armed citizen. That’s when he racked his slide (Mistake #2), pointed it at the suspect, and told him to put his hands up.

He was able to hold the suspect at gunpoint until the police arrived. The suspect was arrested and was charged with attempted robbery in first-degree and third-degree assault.

The armed citizen spoke with the media after this took place and admitted that he wouldn’t have used his gun. (Mistake #3)

On the bright side, the gas station gave the guy free breakfast!

I think the takeaways are pretty obvious, especially if you are a regular reader of USA Carry.

Takeaway #1: Always Keep Your Firearm On Your & Your Vehicle Is Not A Holster

The fact that this man had to sneak out of the gas station to retrieve his firearm should be the first fact that jumps out to you. This is a perfect example of why tossing your pistol into a glove box, console, or some holster mounted to your car (please don’t use magnets 🤦🏻‍♂️) is a bad idea. You want your gun on you when you need it.

It also brings up another point. If he could sneak out of the gas station, he could have gotten into his car and left. So he decided to put himself back into this situation as well as bringing a firearm into the situation. I’m not saying he was right or wrong to do this. But this is something you need to decide before you find yourself in this situation. Who are you willing to protect with your firearm? Yourself? Yourself and family? Random people getting robbed in a gas station? To steal a line from Varg Freeborn’s book Violence of Mind, you need to figure out what your mission is. If you haven’t read Violence of Mind yet, you should. The book was also just released as an Audiobook if you want to listen to it.

According to the man’s statement, he retrieved his unchambered firearm from the vehicle and walked back toward the store. When the suspect turned around, that’s then he racked the slide and pointed it at him.

What would have happened if the suspect turned and started running toward the man with the gun? Would he have had the time to rack the slide and get rounds off to stop the threat? Maybe. Maybe not. Are you willing to take this chance?

After the police arrived and arrested the suspect, the armed citizen made a statement to the media (we’ll get to that in a sec) stating that he wasn’t planning on using his gun and that it was more of a deterrent.

Every state has its own laws on when you can use a firearm in self-defense. I don’t want to get into castle doctrine or duty to retreat laws here, so know the laws in the state you are in.

But if you aren’t ready to use your gun, then it shouldn’t be out. Would he have been justified if he would have shot the suspect? I’m not a lawyer, but he had a knife and was using it in a robbery, so I would think that yes, he would have been. Just don’t use your firearm as a deterrent. Again, what would have happened if the suspect ran toward him? As he stated, he wasn’t prepared to actually use his gun, so would his mindset have shifted in the split second the man started coming after him with a knife?

Bonus: Don’t Talk to the Media

Lastly, don’t talk to the media. After an incident like this, I’m telling the police that I will fully cooperate but need my attorney first. Don’t be looking to get your 15 minutes of fame in front of the camera. And speaking of attorneys, I’d recommend signing up for the USCCA who provides liability insurance for their members. 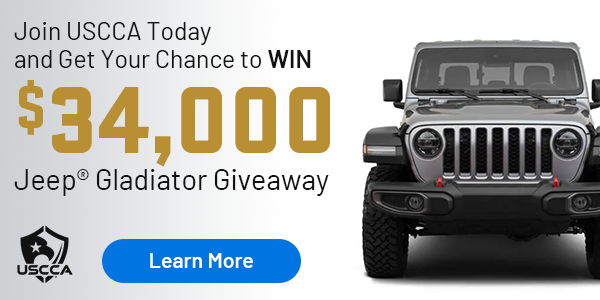 #1. Guns are not toys. If you are willing to pull it and point it at someone you better be ready and willing to pull the trigger. That can and will get YOU killed. #2. An unloaded handgun is a rock. Think you can stop the threat with a rock? #3. If you carry for protection you are unprotected if you are not in possession of it when the need arises. There’s and old saying: “It’s better to have it and not need it than to need it and not have it”. Sounds like this guy’s good intentions are going to get him killed some day when he pulls his weapon with no intention of using it.Criminals are committing crimes when they use a weapon to rob someone and most likely have the intention of using it to get what they want. They’re not intending on getting caught and some will not simply give up when confronted by someone with a weapon pointed at them. They may be a cold blooded murderer and have nothing to lose by getting killed and will do their best to kill you to keep from getting caught. You have already marked yourself now by your comments to the media. They are not your friend in these situations, they are only looking for a scoop and will play it over and over on the news, and the next time you do this, and hopefully there will never be a next time for you, that particular criminal just may have saw you on tv and paid attention to what you said and force your hand. Bottom line, if you are not willing to pull the trigger you best not take it out and point it at someone.

A car is not a holster is the perfect description! It won’t do you any good if your weapon isn’t on your person. If it isn’t loaded…properly, why bother carrying it? Isn’t the rule 21 feet? The man with the knife in hand and you with a weapon not ready, the knife wins if memory serves. Not to mention one of the cardinal rules, don’t point your weapon at anything you aren’t willing to destroy…..followed up with you don’t speak without an attorney because everything you say can be used against you in a court of law even if you are the victim. Yes, I do carry the attorney coverage offered by your company as well.

I agree with all the take aways listed. As soon as the robbery started I would have upholstered my edc and moved to a position of cover where the background of the robbery was free of others. Only then would I engage him. No talking to the press or police w/o counsel…

Following the terrible, mass shooting in Boulder, CO, the talking heads stated that they had no idea why the shooter chose a King Soopers grocery store as his target in Boulder. My personal thought is that Boulder (known locally as the ‘Peoples’ Republic of Boulder’) is rabidly Democrat and rabidly anti-gun. Could the shooter have considered this a very soft target, with high likelihood that no ‘good guy with a gun’ would be present to oppose him? The take-away is that NO, we’re not safe anywhere, so get armed and get trained. And definitely sign up with the USCCA, as I am.