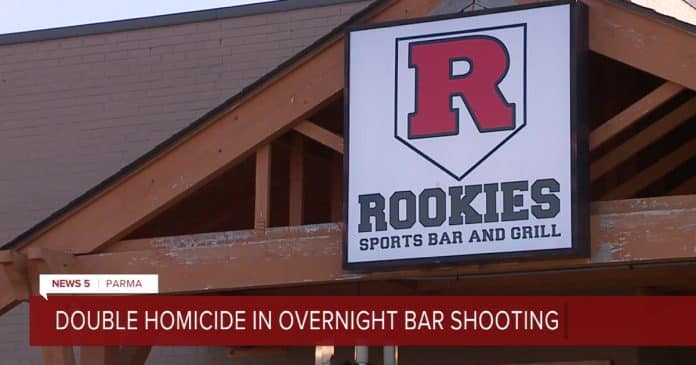 A bit after 2:00 AM on a Saturday morning, a 29-year-old man was suddenly shot in the parking lot of a sports bar.  A security guard for the bar who was also an off-duty corrections officer opened fire on the shooter hitting him at least once. The shooter was able to hit the security guard with return fire. He then crawled into a vehicle and fled the scene. Both the first man and the security guard died of their injuries.

Police said that the security guard “most likely saved additional lives while giving up his own life as other bar patrons were still in the area or exiting the bar.”

By noon the next day, police had two suspects in custody in connection with this shooting.

This case does point out again that just because someone has been shot that doesn’t mean they are out of the fight. And this goes for both the attacker and the defender.

Also, while all American’s have the freedom to go anywhere at any time of day they like that doesn’t always mean that it’s a good idea. One of the best ways to avoid trouble is simply to not be in high-risk places in the small hours of the night. It was the security guard’s job to be there at that time and he purposefully chose that job to help keep people safe so he’s clearly the hero here. The other man that was shot in the parking lot perhaps didn’t need to be there at 2:00 AM?