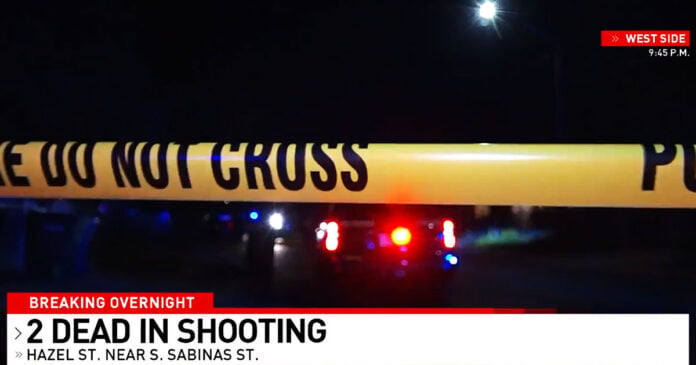 San Antonio police are investigating a deadly shooting that escalated from the shooter crashing her vehicle into the victims’.

The shooter, a woman not yet identified, was traveling at a high rate of speed before crashing her vehicle into an occupied parked vehicle in a neighborhood. She then, for some reason, pulled a gun and began firing at the victims.

A neighbor heard the commotion and went outside armed with his own firearm, in which he shot and killed the woman.

“It was a significant crash, like I said, enough for people to come to the aid and check on the driver’s well-being,” explained Officer Corey Schuler.

Three victims were in the vehicle. Two, a teenage boy and mother are in the hospital with critical injuries. Hector Garza, 48, was struck in the head and later died at the hospital.

We can talk about not inserting ourselves into others’ situations, but as stated by the officer, the crash was significant enough for others to come to the aid of the scene. Surely it was unexpected the woman would open fire for something that was her own fault. We still do not know why she did, but fortunately, there was a neighbor self-aware and prepared for the situation that at least saved more innocent lives being taken away.

Part of owning a firearm and proper self-defense is knowing the boundaries of putting ourselves into the line of duty. This neighbor analyzed the scene and knew more people could have been harmed had no one been there to stop the senseless shooter.

Authorities still have the investigation ongoing as to the reasons for the driver suddenly opening fire.