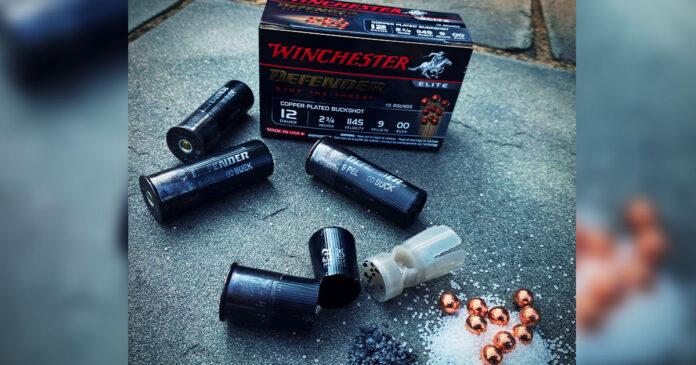 In January of 2021, Winchester expanded their Defender ammunition line and added a 12-gauge buckshot load among others. The new Defender 00 buckshot load combines a feature set that is not always easy to find from other manufacturers. It doesn’t quite check all of the right boxes, but it gets most of them.

Since we are looking for a tight patterning load to have the widest margin possible for use, a load that packs many of the key features for good pattern performance into the package is always nice to see on the market, if it can deliver. This new Winchester load is batting a pretty high average, at least on paper.

If there are some knowledgeable shotgunners out there who keep up with Winchester buckshot loads, they will look at this load and probably put 2 and 2 together and realize where the bones of the Defender load likely came from. Winchester’s Double X buckshot load has nearly the exact same feature set, minus the low recoil. The Double X buckshot load is billed as a high-velocity load and cranks 1,450 fps according to the box. All for the sake of “knockdown power”, at least according to the marketing. The Defender 00 buckshot load uses the same type of shot, wad, etc., but only pushes 1,150 fps. Whether or not a 300fps velocity shift is enough to give us better than average pattern performance is yet to be seen. 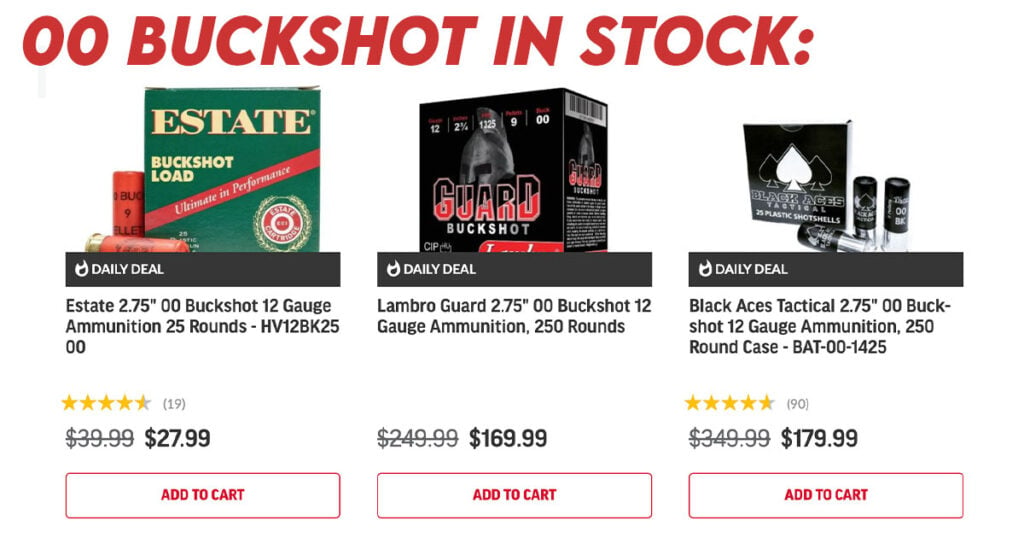 Copper plating on shot is intended to harden the shot and reduce deformation as it is fired. Reducing deformation of the pellets is critical to delivering tight patterns. The copper plating on the new Defender load seems fairly thick, so should offer considerable protection.

You can see a video here of how well Federal’s copper plating helps to protect the shot. I would expect similar for the Winchester version.

Grex is the technical term for the buffer material used by most American manufacturers. It is a granulated plastic that gets stuffed into the shell with the shot. It is supposed to help protect the shot from itself, and from the bore of the barrel as the load travels down the barrel. Again, this is about keeping the shot as round as possible and not creating any flat spots so that it patterns better.

Finally, the Defender load is low recoil. Most people see low recoil as an attempt to make the load friendlier to shoot. Generally speaking, low recoil will also translate to better patterns which is what really matters. The reduced velocity doesn’t push the shot as violently down the barrel, which causes less pellet deformation, and gives us a better pattern. Usually.

So how did this all actually pan out on the range? Keeping in mind that I am patterning the load through a single gun, and shotguns tend to like to be individuals and do everything different from every shotgun, I would give this load a C+. Out of a cylinder bore gun at 15 yards it shot about an 8” pattern out of my gun. This isn’t horrible, but neither is it stellar. Just kind of average, which is disappointing considering the potential for more.

Where this new Winchester load starts to shine is when some choke is applied. Since it uses hardened shot, is low recoil, and is buffered, it responds quite well to choke. Loads that use a standard lead pellet can usually take a little bit of choke, like improved cylinder, but patterns will start to get erratic if choked any tighter. The Defender load held good pattern density even with a modified choke. Did well with a Boar Blaster full choke as well, but other full chokes started to cause flyers in the pattern.

Is it all that Special?

Winchester being Winchester, plus a time when ammunition demand is super high and manufacturers are loading it and selling it as fast as they can, reliability is always a concern. In total, I only fired 25 rounds of the load, through a single gun. I would recommend if this is a load that you want to use, to buy a couple of boxes to check the pattern. If that is satisfactory, stack it a little deeper and then burn through 50-100 rounds just to confirm reliability. It is also usually a good idea to periodically recheck pattern performance, just like rechecking zero on a rifle.

While the Defender load has softer recoil and patterns a bit better than its lower-cost counterpart, I am undecided on whether or not it is enough better to justify the additional cost. At about $2 a shell, the Winchester Defender load doesn’t come cheap. Compared to the rest of the market, there are other loads that in my experience give equal or better performance for less. When compared to the kings of defensive buckshot loads, Federal’s Flite Control options, the Winchester Defender falls pretty far behind.