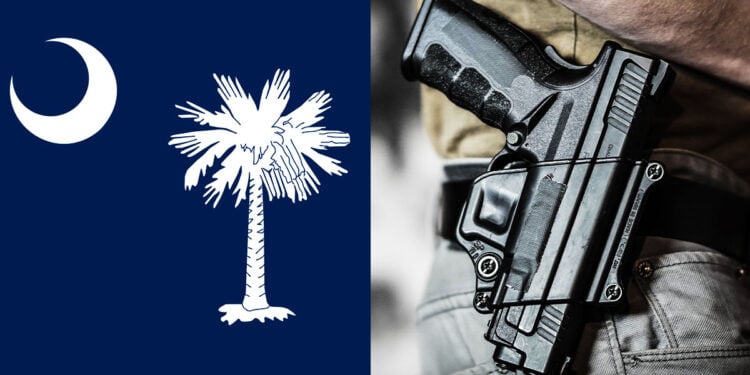 The South Carolina Open Carry with Training Act has gone into effect as of August 15, 2021, allowing South Carolina CWP holders the option to open carry legally.

“For the law-abiding Concealed Weapon Permit owner, today is a very significant day because they can decide whether they want to carry open or concealed,” said Kershaw County Sheriff Lee Boan.

Sheriff Boan is also making sure his personnel are trained to respond.

The newly enacted law does not change other policies in effect, including the requirement to carry a permit and duty to notify law enforcement as well as areas of CWP restrictions like private businesses, among others.

The state has become the 46th in the country to enact an Open Carry with Training Law. Their CWP can be earned from law-abiding citizens 21 or older.

Sherra Scott, owner of Sandhill Shooting Sports and President of SC Carry, expands on the knowledge of safe firearm usage.

“Education is key to everything,” said Scott. “If you don’t know the laws and safety measures on how to properly and safely use whatever it is – whether it be a firearm, a knife, a car, your stove, whatever it is that you’re using – you need to use it safely.”

Scott has seen an increase in CWP courses as well as firearm sales and expects open carry to be utilized in the more rural areas due to its culture. She also emphasizes the need for the knowledge of different kinds of holsters, as there are different ones available with certain security features.

This act speaks volumes not just to the right for law-abiding citizens to defend themselves but also the proper knowledge of owning and using a firearm.

Having a firearm and supplemental gear means nothing if one is not utilizing their usage with the right knowledge and training.

With respect to certain areas, this act and the officials behind it are doing their due diligence in making sure law-abiding citizens are provided and influenced with the right ways to own, use, and carry a firearm.