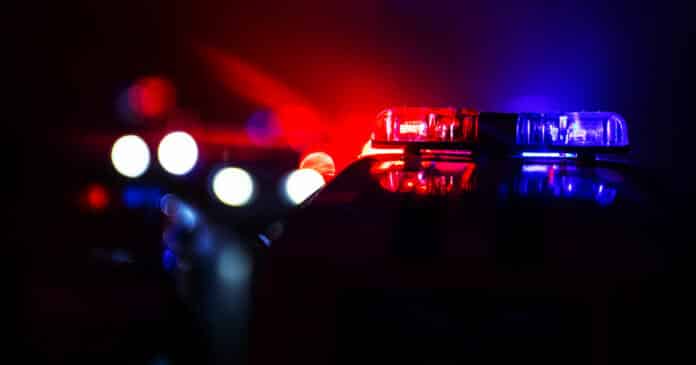 Deputies of the Oslow County Sheriff’s Office in Jacksonville, NC, found 28-year-old Xavier Jameel Newkirk with gunshot wounds behind his car in front of his residence. They then found a body identified as Andrew James Bowden, 32, which was 80 yards away from the residence, and he was wearing dark clothing, latex gloves, and a ski mask.

Newkirk was transported to the U.S. Naval Hospital, Camp Lejeune, reported as being in stable condition. He stated he initially came home from a local nightclub at approximately before 4 AM, finding that his dog was barking unusually a lot, prompting him to grab his firearm and investigate outside with his dog. Newkirk was then confronted and shot by an unknown subject, as investigators have found there was an accomplice to Bowden. Newkirk returned fire despite being shot but did not know if he had struck anybody.

The investigation so far has revealed Newkirk used a pistol, and a rifle was found in the area driveway of the mobile home park.

Although taking upon a courageous action, Newkirk was most likely better off staying in his home ready for any intruders. Having a dog, in general, is usually a helpful thing in regards to home defense, but this probably gave Newkirk the notion that he was safe even when going outside to investigate. In terms of home defense, one should be using their home as a barrier because who knows your home better than you do? Body language can be read as well, even from animals, and at least the homeowner was able to recognize something was wrong.

Regarding Newkirk not knowing if his shots struck anyone, hopefully, he had a light accommodating his firearm. We can go on about brands, but having one present is always beneficial to get a positive identification of a threat. Something with at least 500 lumens should get the job done presumably.

The motive for the incident remains as armed robbery, and the accomplice is still at large.