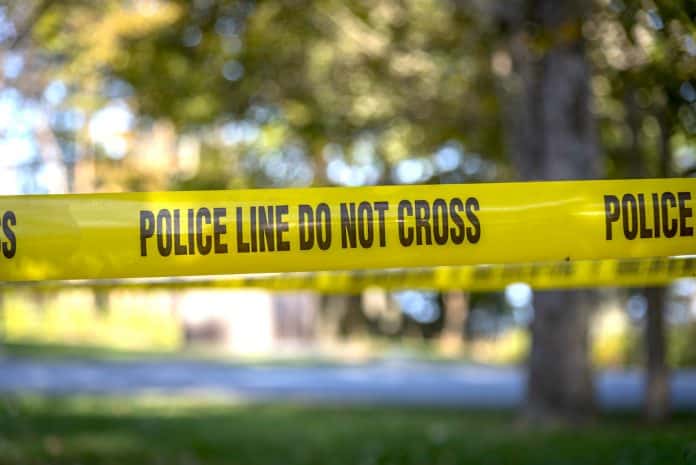 Two men, at least one armed with a gun, attempted to rob a 31-year-old man in South St. Louis around 10:30 PM on a Wednesday night last month. Unfortunately for the suspects, their intended victim was also armed and was quick enough to defend himself. He managed to shoot both of them, killing one on the spot, the other being found by police about two miles away with a gunshot wound to his thigh.

The wounded suspect was treated and released at a nearby hospital. The victim was not hurt.

I’ll say it yet again; drawing on an already drawn gun is a risky move. The time it takes to draw and shoot is much longer then it takes to decide and then just pull the trigger. There is no video of this incident so we don’t know the environment in which it happened.

Was there cover for the intended victim to move to that gained him the advantage? Was he pretending to reach for his wallet and pulled his gun instead? Was the suspect distracted in some way giving the victim time to react?

It is also very critical to remember that just because you land the first hit that doesn’t mean that the attacker is out of the fight and can no longer hurt you. Many bad guys have taken multiple life-threatening hits and continued to shoot and kill innocent victims.

The truth is that once a criminal gets the “jump” on you, it’s very difficult to safely respond unless something occurs that gives you the chance to counter their attack. Knowing that you can quickly and cleanly complete your draw, under stress, every time is a good start. Lots of dry fire draw practice will help.

We also know that compliance with an armed robber’s demands doesn’t guarantee safety either. The call is of course only yours to make. Improve your odds as much as possible with the best training you can afford.