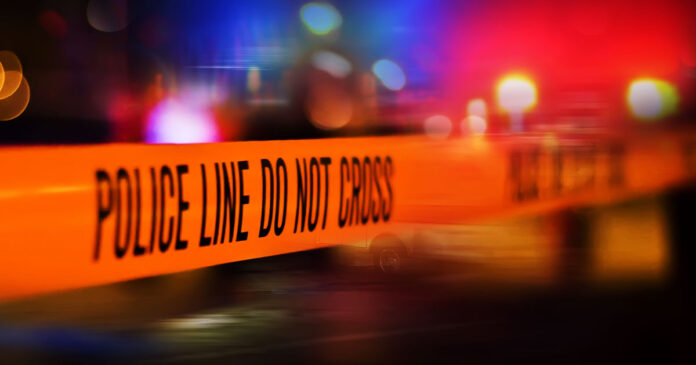 Two individuals aged 16 and 41 are being questioned after an exchange of gunfire occurred, the teenager wounded by the older concealed carrier.

According to a police spokesman, the armed teenager approached the 41-year-old man going to his car around midnight unaware he was also armed.

The teen “approaches the victim by his vehicle, and he has a gun in his hand and says ‘what is up,’” Officer Roberto Garduno said. “And a verbal altercation ensues and then this gentleman that owns the vehicle pulls his gun out — which, he’s a legal CCL holder — and then that’s when the exchange of gunfire happens.”

The teenager was shot in the arm and after fleeing was soon found by police while the concealed carrier remained not injured.

“There’s really minimal information. The person who had the gun who was in front of this gentleman’s vehicle, who confronted him, they have him in custody. And then the owner of the vehicle who fired the shots, they’re interviewing him as well,” Officer Garduno said.

This is a subtle reminder to always be aware of your surroundings. Basic things like this apply to conceal carrying on a rather increased level that will keep you prepared to face harm.

Body language and verbal delivery are ways to spot if someone means to take advantage, as the concealed carrier showed here. Noticing an armed assailant approaching you is enough to at least have your weapon at the ready.

Whether it is something like going to or getting home from work this time of the night, one must heighten their sense of self-awareness when concealed carrying. This also shows the downside of using your weapon in self-defense, as you are not always guaranteed to not face any charges even though you are the victim. As stated otherwise, make sure you are updated with your state and local laws in regards to being in a self-defense shooting in order to expect the process of dealing with one in case you are involved.

Good idea to always be prepared. I had rather be judged by 12 than carried by 6.

damn, wish the concealed carrier was a better shot

Unfortunately for the CCL holder this happened in anti lawful gun ownership Chicago. He will probably get charged with something and the armed thug will get a slap on the wrist. Check Heyjackass.com to see just how bad it is in Chicago.