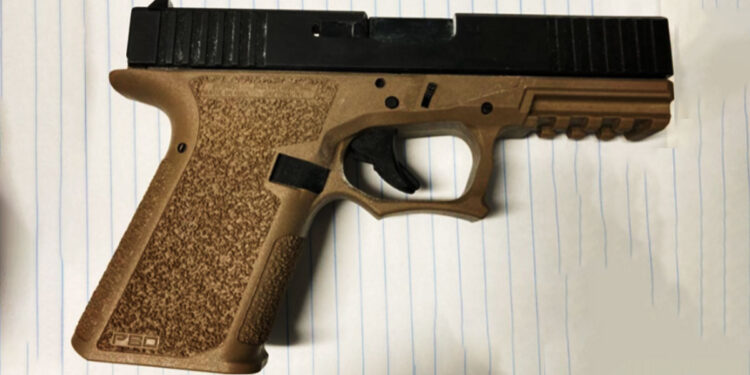 This article originally appeared in a newsletter by the 2nd Amendment Foundation.

The Bureau of Alcohol, Tobacco, Firearms and Explosives is counting the number of Google searches for “ghost guns” claiming that the data supports their theory that homemade firearms are skyrocketing in popularity among criminals. The “ghost gun” crisis, which the ATF itself ginned up, appears to be nothing more than the agency’s latest and most desperate attempt to increase its dwindling budget.

The ATF’s newfound use of internet search trends as a crimefighting tool was revealed in a recently released 306-page report titled: “National Firearms Commerce and Trafficking Assessments: Firearms in Commerce.”

In April 2021, Joe Biden and Attorney General Merrick Garland ordered ATF to produce a “comprehensive report on firearms commerce and trafficking.” What they got was a bit of dealer and industry data mixed with supposition and theories that were both light on actual facts and previously shown to be false – all slickly packaged into a plea for more money, more agents and more authority.

The report repeats bogus “ghost gun” claims, which have already been debunked by dozens of senior law enforcement sources and a congressional whistleblower. In other words, ATF submitted a report to the President and to the Attorney General of the United States containing information it knew was false.

The report also cites how the agency is struggling to keep up with the staffing levels of other federal law enforcement agencies, especially FBI and DEA, which could explain why they’re stretching the truth a bit in their report. Some of its claims are laughable. However, nothing in the entire 306 pages is as ridiculous as the amateurish research methods they used to create and support their fictitious “ghost gun” theories.

Americans have been legally making guns in their homes since before there was a United States of America. ATF admits this in their report, kind of, stating that the Gun Control Act of 1968 “does not regulate the making of firearms by private individuals who are not engaged in the business of manufacturing or dealing in firearms.” After that brief disclaimer, however, the report rarely mentions the legality of homemade guns, which ATF calls “Privately Made Firearms” or PMFs.

The internet, the report states, “provides manufacturers of these technologies, plans, and parts direct access to a mass market. To illustrate this point, one need only conduct an internet search and review the number of results and speed at which the results are returned.”

“The Google searches returned more than 5 million pages of search results and more than 130 thousand marketing and instructional videos,” the report states. However, it never puts this number into context. For example, my search for Bigfoot produced 39 million results. A search for UFO Abduction insurance produced more than 760,000 results.

The authors also searched for news stories about “ghost guns,” and to no one’s surprise they found a few, which they also claim proves they are increasingly used in crimes: “The increase in news stories is reflective of the increase in PMF use in crimes and PMF recoveries by law enforcement,” the report states. It does not explain how the authors made this leap in logic.

The entire crackdown on “ghost guns” is based on a hoax that has been promulgated by ATF and Joe Biden.

“Last year alone, law enforcement reported approximately 20,000 suspected ghost guns to be – to the Bureau of Alcohol, Tobacco, Firearms and Explosives. That’s a tenfold increase in these ghost guns from 2016. Tenfold in five years,” Biden said last April. “These guns are weapons of choice for many criminals. We’re going to do everything we can to deprive them of that choice and, when we find them, put them in jail for a long, long time. Law enforcement is sounding the alarms. Our communities are paying the price. And we’re acting.”

The “ghost gun” drama was started by Carlos A. Canino, the former Special Agent in Charge (SAC) of the ATF’s Los Angeles Field Division. In 2020, anti-gun activists asked Canino about the prevalence of homemade firearms in California. An earlier study said 30% of the guns recovered by ATF in California were unserialized “ghost guns,” but Canino said the real numbers were actually much higher. “Forty-one percent, so almost half our cases we’re coming across are these ‘ghost guns,’” Canino said.

A story by the Second Amendment Foundation’s Investigative Journalism Project revealed that the ATF could not verify Canino’s comments.

“I contacted the Los Angeles Field Division earlier today after your initial email, and their Public Information Officer was unable to verify any figures provided in 2019 by former-SAC Canino without knowing the time-period(s) he used for his comments,” an ATF spokesman admitted in an email.

After the story was published, a staff member for a U.S. Congressman came forward. This whistleblower, who asked that their name be withheld from publication, revealed even more problems about the ATF’s “ghost gun” numbers.

The whistleblower asked the U.S. Justice Department for “ghost gun” data, since the ATF falls under the DOJ’s purview.

“Because it is not currently a federal crime to own either a homemade firearm or a braced pistol, DOJ claims they do not have accurate/comprehensive databases to track their use in crimes. They compile information from state and local police units – but that information is only as good as what is reported,” the whistleblower said in an email. To be clear, the Department of Justice told a U.S. Congressman’s staff member that their “ghost gun” data is neither accurate nor comprehensive.

“Despite that,” the whistleblower said in an email, “the DOJ sent a document stating: ‘Privately made firearms (PMFs), known as ghost guns, are a rapidly growing contributor to violent crime. From January 1, 2016, through December 31, 2020, there were approximately 23,906 suspected PMFs reported to ATF as having been recovered by law enforcement, including in connection with 325 homicides or attempted homicides. The trendline is troubling: in 2016, local law enforcement reported to ATF 1,750 suspected PMFs; by 2020, that number had grown to 8,712, an increase of over 400 percent.”

This is the same data ATF submitted in their report to Biden and Attorney General Garland – data that the DOJ said is “neither accurate nor comprehensive,” – data the ATF knew was false.

The authors who wrote this report are not shy about the real reason for the 306-page document.

It’s clear the ATF is looking for a 21st Century mission – something more relevant than regulating untaxed cigarettes or bootleg corn liquor – so they turned to “ghost guns,” a fiction which Biden and the legacy media were only too happy to help promote.

Besides, the dozens of senior law enforcement professionals across the country I have spoken to say “ghost guns” are not a problem in their jurisdictions. The ATF, they say, must be conflating homemade guns and factory-made firearms that have had their serial numbers illegally removed to come up with their large numbers, or, more likely, ATF is just making the numbers up, hoping to increase their budget.

The research methods ATF used for this report indicate nothing is out of bounds. Claiming there are now more plans on the internet for “ghost guns” so there must be more “ghost guns” makes no sense. There are more plans online now for atomic bombs, time machines and the perfect Bundt cake than there were years ago. Does this mean they too are growing in popularity? And basing any conclusion on media stories is legendarily dumb. I spent more than 20 years in the legacy media. The vast majority of my former colleagues could not articulate the difference between a rifle and a shotgun. Ask them anything about “ghost guns” and they wouldn’t have a clue.

The ATF has always been somewhat of a laughingstock – a pariah among federal law enforcement agencies. That they would now invent a fake problem and then hold their hand out to Congress for more money to fix it shouldn’t come as a surprise. After all, this is the federal agency that believed pressuring a retired Green Beret into sawing off a shotgun barrel, laying siege to 76 men, women and children and running guns into Mexico were sound law enforcement strategies, despite the number of lives lost as a result.