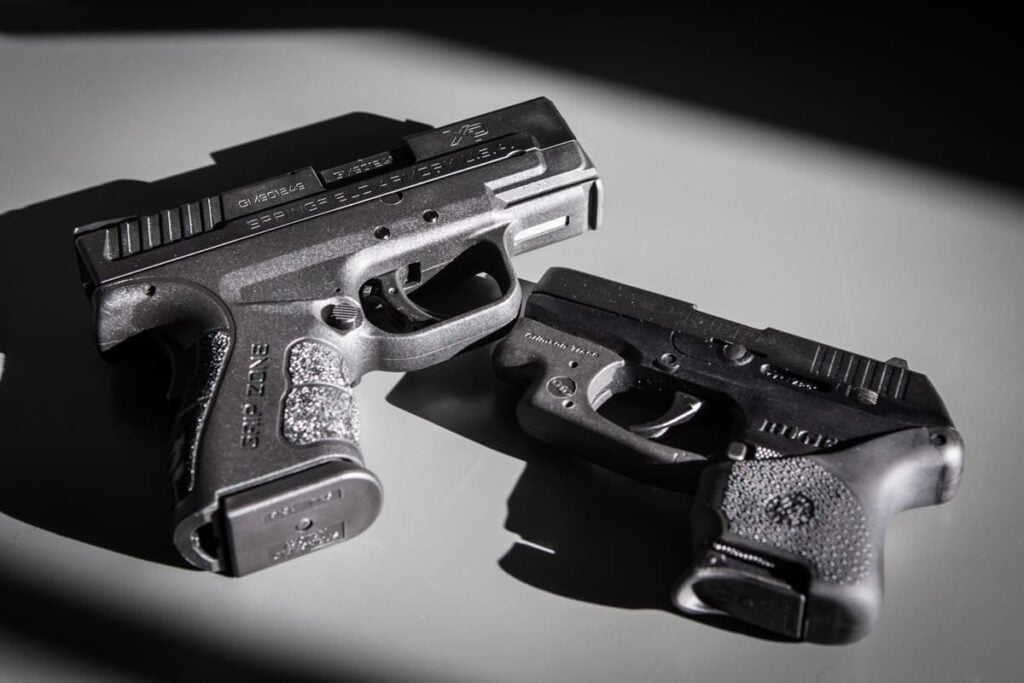 Following this year’s SHOT Show, there seems to be a renewed interest in backup weapons among the CCW community. This seems to have been fueled by a couple of interesting products we got to see at the industry’s premier trade show. Watching the online discussion of the various approaches and merits of backup pieces got me thinking about what the “right” answer might be, and how we could find it.

I would suggest we start by going back to Colonel Jeff Cooper’s first question about new guns or gun products: what’s it for? Regarding CCW backup pieces, that question breaks down into two sub queries:

There are some great answers to that first one, albeit with some more obvious than others. My chief reason for carrying a backup piece is that any mechanical device can fail, including your primary CCW Coupled with the received wisdom that “your fastest reload is a backup weapon”, we have reason enough to consider a backup piece.

However, the argument in favor of a backup gets stronger when we explore the tactical implications. What if, for whatever reason, you either lose control of or cannot access your primary? It’s easy to imagine how this might happen: the bad guy has you pinned between him and the wall, the bad guy gets control of your weapon arm, the bad guy straight knocks the gun out of your hand. A backup gives you an on-person fall-back position which could make all the difference in a pinch.

So with the reasons for a backup piece established, the next step is deciding what you’ll carry, and how. I recall an article by Mas Ayoob from years ago in which he noted that a lot of cops at the time carried revolvers as a backup to their pistols. Personally, I think this comes down to a matter of taste—while there are some great revolvers for that role, the world is also filled with small-frame semiautos that would likely perform just as well.

So while the choice of weapon is up to you, I strongly suggest that you give some serious thought to where and how you’ll be carrying it. Like any CCW, your backup gun needs to be accessible, and you absolutely have to drill drawing, presenting, and firing the weapon as much as you do your primary CCW. As an additional consideration: given the circumstances under which you might be reaching for your backup CCW, you should train to incorporate it into your approach to hand-to-hand combat for self defense as well.

In closing, I’d like to remind you all that a backup CCW is just another tool in the toolbox. You’ll want to keep your other tools sharp and ready to go as well, be they less lethal options like pepper spray or a knife you’ve trained with. A variety of options—and the ability to use them effectively—will give you the flexibility you need to meet any self-defense challenge.