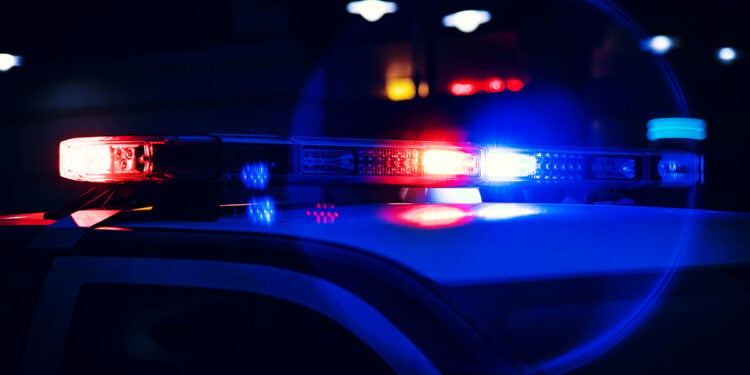 Once again, the violence of Chicago continues to pour over into the suburbs. As the partons of a small local bar “pleaded for their lives,” one person in the group pulled out his concealed firearm and made sure the criminal would not get away with hurting anyone.

The news release from the Will County Sheriff’s Office said, “Deputies would later learn that the victims pleaded for their lives as the suspects brandished the firearms.”

According to Will County Sheriff’s Department, one person was killed in an armed robbery attempt early Saturday morning at Ryan’s Pub in the Southwest suburb of Frankfort. Ryan’s is one of those little local places that probably only seats around 50 people.

Just after 3 AM last Saturday, two armed men wearing masks, gloves, and hoods entered the bar and demanded money from patrons. One customer was carrying concealed, and when the robber threatened everyone, the CCL holder shot him dead. The robber laid there with the money as the second man left his accomplice behind and ran for it escaping in a vehicle. It ends up that the robbers were actually carrying “replica” firearms, similar to an airsoft gun. 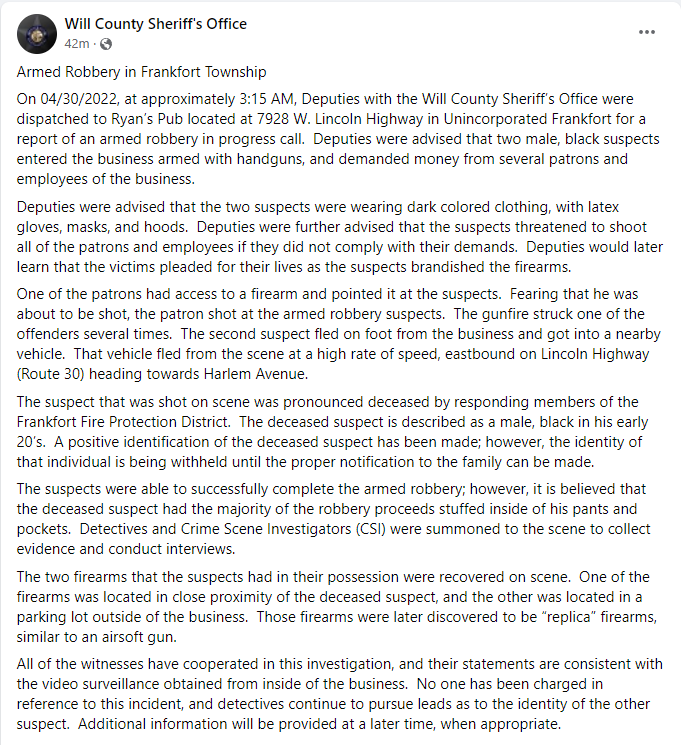 It has only been a few hours since the incident as I write this, but people all over social media agree the offender got what he deserved. You can definitely tell by reading comments that people have had enough.

“The good news, he won’t be a repeat offender.”

“That’s the way it should go… All the time. They’ll start thinking about a new occupation.”

“Community that upholds its 2A. Protect your own friends and family.”

And one exchange addressed the fact the guns were fake:

“They didn’t even have real guns. It was a bluff.” “They got called on that bluff” “bluff fails.” 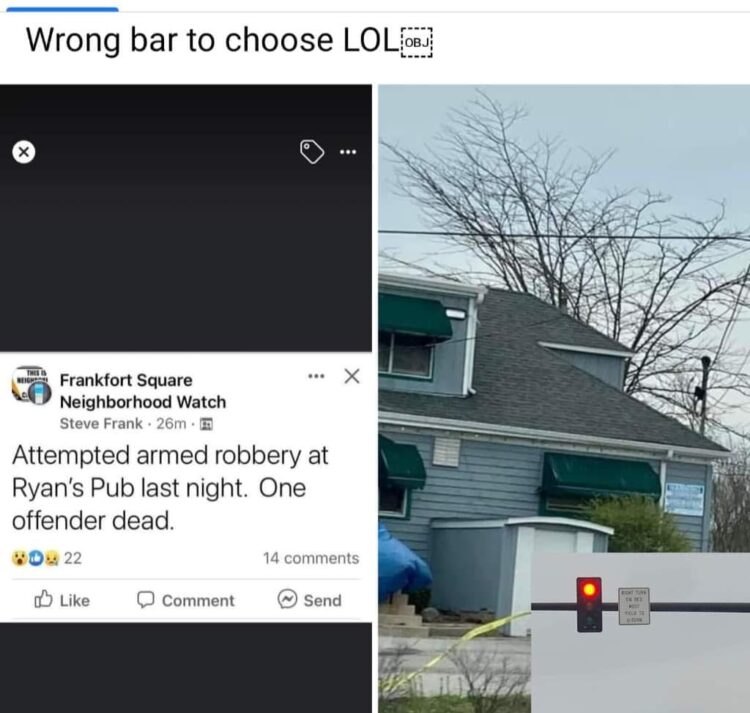 We are only four months into 2022, and there have been multiple defensive shootings in the Chicago area this year. The criminals need to learn there are consequences to their actions, and even if they are carrying a fake gun, they may pay for their stupidity with their lives.

Darwin was right! A more advanced version of the species survives and a lesser advanced one dies out.

you can bet, they were going to buy real guns to extend their profession with the loot. Thanks to the CCW guy future lives were saved. The perp is in a boiling tar pit crying.