Emulating the Success of Others 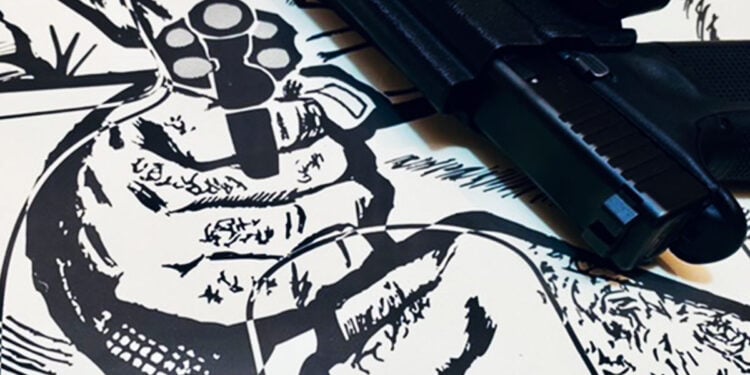 This question comes up periodically. How good do we have to be to win? How good is good enough? There are all kinds of ideas of what good enough is. There are firearms instructors with performance standards, competitive shooting classifications, and all sorts of things. One thing that doesn’t get as much play as perhaps it should is looking at historical success stories and following a similar path. One of those success stories in the Bakersfield Police Department back in the ’60s and ’70s.

A little less than a year ago, Greg Ellifritz posted an article on his Active Response Training blog about a conversation he had with Andy Stanford. Andy told a story about how the Bakersfield CA Police Department had managed an average hit rate of 85% in officer-involved shootings, likely due to their firearms training program at the time. If you know anything about law enforcement hit rates, you should know that 85% is nearly unheard of. Nationally, hit rates hover around 20%-30% most of the time. If a department is able to buck the trend that hard, then maybe it is worth looking at to see what made them different.

There are two key things that I think BPD did that likely contributed to their success. They were never more than two weeks away from having been on the range shooting. And they used a proficiency standard that was likely high enough to guarantee some level of automaticity. If you read my article on John Hearne’s Who Wins, Who Loses, and Why presentation, you should have some idea of why both of those are important.

Recency, as John Hearne referred to it in his presentation, is one of the key predictors of the successful application of skill under stress. If something is not too far removed from memory, if the program has been recently run, then it is more likely to be accessible under the levels of stress involved in fighting for our lives. Since BPD qualified every two weeks, they were never more than two weeks away from having last shot their handguns. Not many of us can say we meet that standard.

The other key point to take away from the BPD experience is the difficulty of their qualification. It was only a 10-round qualification and fairly basic as far as skills covered, having just four strings of fire. They used a realistically sized target (probably) with realistic time standards.

To make their standard, a person would have to be able to perform at what would be considered a relatively high-level today. Requiring this level of skill ensured that officers were “overlearning” or learning a skill to an unconscious level. Meaning they would be able to access this skill without really thinking about the skill. The shooting could be done on autopilot. Hence the term automaticity.

Combine these two things together, and I think you have a winning combination. If you just have one or the other, the odds of success likely go down.

Can We Do What They Did?

So how do we copy their success? Learning skill at a high level is relatively easy. We can use a close replication of their qualification course to measure our own skill. We are uncertain what target they are using, but we do have a good idea of the size of the primary scoring zone as reported by Greg Ellifritz, a 7” circle. Getting close might be the best we can do here. I just use an IDPA target and score it 5, 3, 1.

Getting on the range every two weeks is probably the more difficult part. That is a lot of cost and effort. In lieu of range time, dry fire is our next best friend. It may not be a 1 for 1 exchange, but there are many things we can practice in dry fire that will pay off when needed, like how to efficiently draw the gun. Tom Givens has long speculated that to maintain skill, a person needs to shoot at least 50 rounds a month. I think a once-a-month range trip likely isn’t ideal but is much more manageable.

Be about the work. Fights are won in the preparation. That is why BPD was able to do as well as they did. The work was already done before the fight even started.