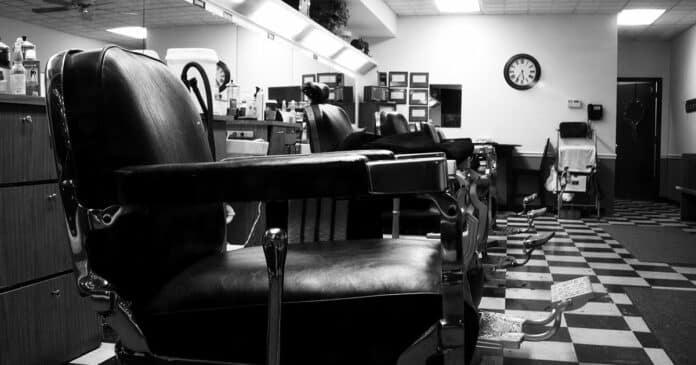 A barbershop owner in the Maywood suburb of Chicago apparently had a customer that refused to pay for his haircut. An argument on some level ensued, and the two ended up outside of the business storefront.

The owner moved around the building toward a back door entrance and was followed by the customer. The owner then shot the customer in the chest. A security camera captured the shooting. The customer was taken to a hospital, where he was pronounced dead.

The owner, a concealed carry permit and FOID card holder, was charged with first-degree murder and held on a $250,000 bond.

At first look, this appears to be a case of an argument that got out of hand, and one would have to ask why any shop owner would shoot someone over the price of a haircut? Or, did the customer actually present a deadly threat to the owner as he walked toward the rear door of his business?

The security video (which I have not seen) will likely (hopefully for the owner) tell the story of what really happened. The owner’s defense attorney is claiming that his client acted in self-defense.

While it is certainly not wrong to demand payment or even get into an argument while you are armed, it is imperative to know when it’s time to disengage and walk away. Perhaps that was what the owner was doing as he moved toward his back door entrance.

However this plays out, it’s going to cost this barbershop owner a lot more than the price of that haircut. Just his bond fee will cost him $25,000. His legal fees will go well into six figures. This is why it is so important to avoid the fight if possible. Even if you are found to be justified, the legal fees could cost you a fortune.